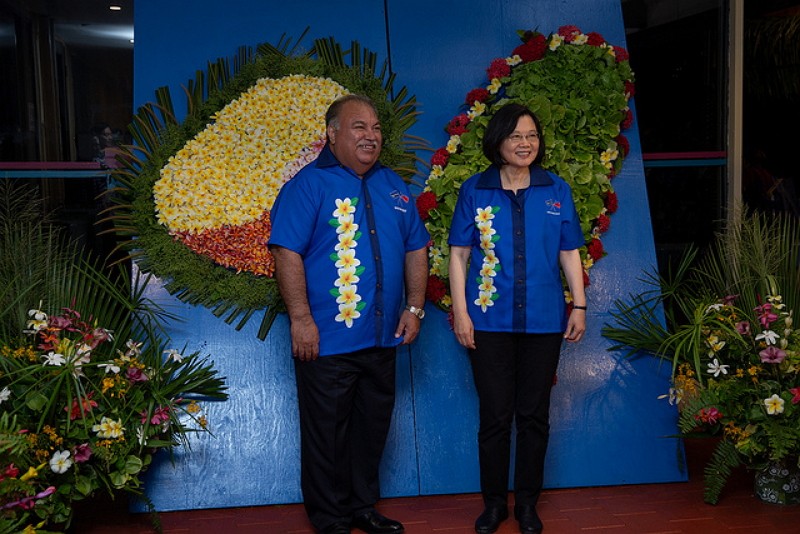 TAIPEI (Taiwan News) – Taiwan President Tsai Ing-wen (蔡英文), who is visiting the island’s Pacific allies, will deliver an address for the Heritage Foundation through a video broadcast at 3 p.m. on Wednesday (March 27, EST) during a transit stop in Hawaii.

The speech is part of a seminar titled, “Taiwan-US: An Enduring Partnership in the Indo-Pacific,” reports Liberty Times. Kay Coles James, president the Heritage Foundation, will serve as moderator for the event.

A number of U.S. political heavyweights are expected to attend the event, including: U.S. Senator Cory Gardner, Chairman of the Foreign Relations Subcommittee on East Asia, the Pacific, and International Cybersecurity; and U.S. Representative Ted Yoho, chairman of the Asia and Pacific Subcommittee of the House Foreign Affairs Committee.

Gardner said Tsai should be invited to address the U.S. Congress. Yoho, meanwhile, has expressed his avid support of Taiwan as a sovereign state and urged the world to treat Taiwan the way it deserves to be treated.

In her speech, which is to be livestreamed on the website of the Washington-based think-tank, Tsai will underscore the important role Taiwan plays and the contributions it has made to the Indo-Pacific region. There will also be an exchange of opinions between the president and participants, UDN reported.