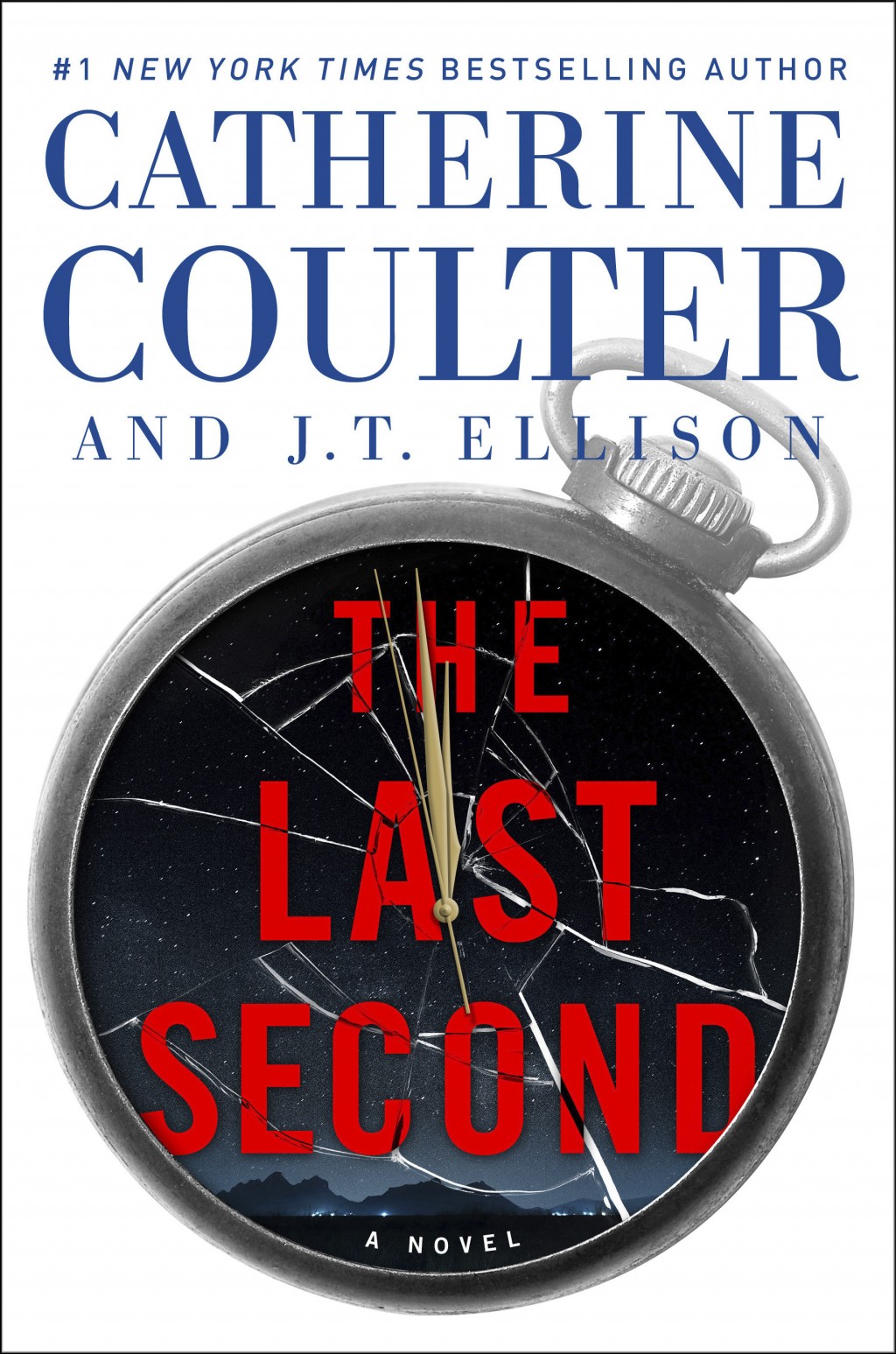 "The Last Second" by Catherine Coulter and J.T. Ellison (Gallery).

The launch of a corporate satellite covertly begins the countdown to the end of the world in Catherine Coulter and J.T. Ellison's latest thriller featuring FBI Special Agents Nicholas Drummond and Michaela Caine.

The head of the tech company Galactus, Jean-Pierre Broussard, is on a treasure hunt to find the elusive Holy Grail, and he believes he's found it. His second in command, Nevaeh Patel, is a former astronaut who lost her career when she supposedly lost her mind during a space walk outside the International Space Station. Nobody believes her when she says that aliens that call themselves the Numen saved her life, and that they still routinely communicate telepathically with her.

Broussard believed in her abilities, which is why he hired her. He has no idea that, when he's on the verge of finding the Holy Grail, Patel has arranged for the retrieval of the artifact while also killing him so she can take over the company.

The communications satellite that Galactus has just launched has also been manipulated by Patel, and when the countdown on board the craft reaches zero, it will release a nuclear-triggered electromagnetic pulse that will throw Earth and the survivors back to the Stone Age. Patel believes that this will make her immortal, and she will become one with the aliens at that point.

The FBI Special Agents Nicholas Drummond and Michaela Caine are thrust into the chase to save the world when one of their own is assigned to protect Broussard, and is almost killed in a bold attack. Now it's a race against the clock to stop the impending destruction even as they battle a reluctant Broussard who cannot believe that Patel would want him dead and responsible for a trajectory change with the satellite launch.

Coulter and Ellison's series has locked itself into a wonderful groove. It is fun following these agents and their allies as they continue to experience chaos, mayhem, and ruthless villains that guarantee a fun time. "The Last Second" is a perfect example of a popcorn movie in print form, and their latest in this series arguably is the best one to date.