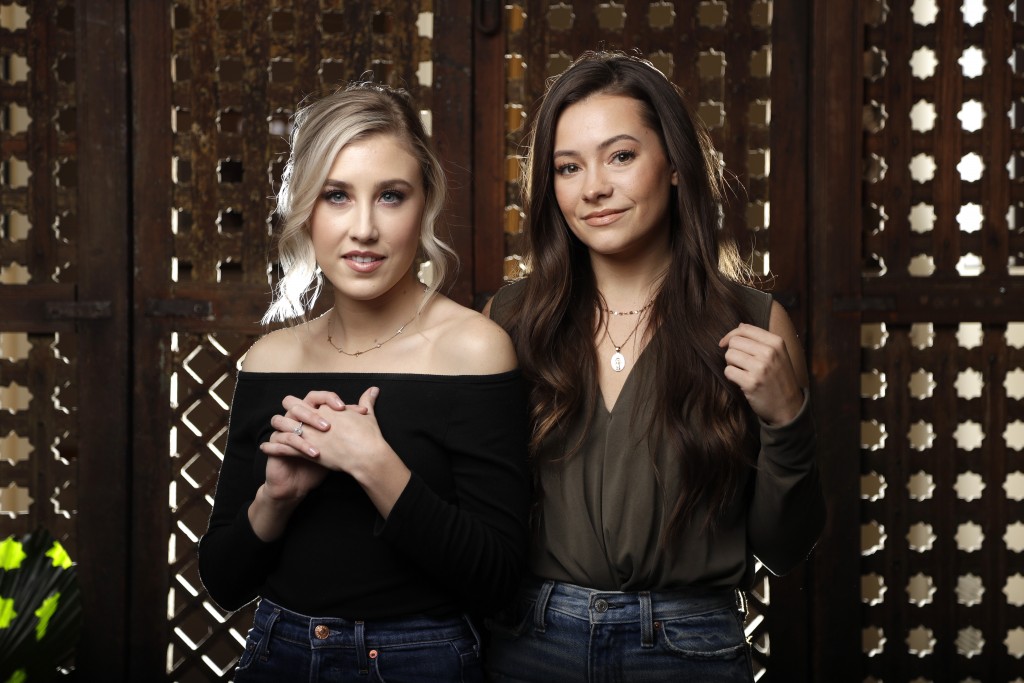 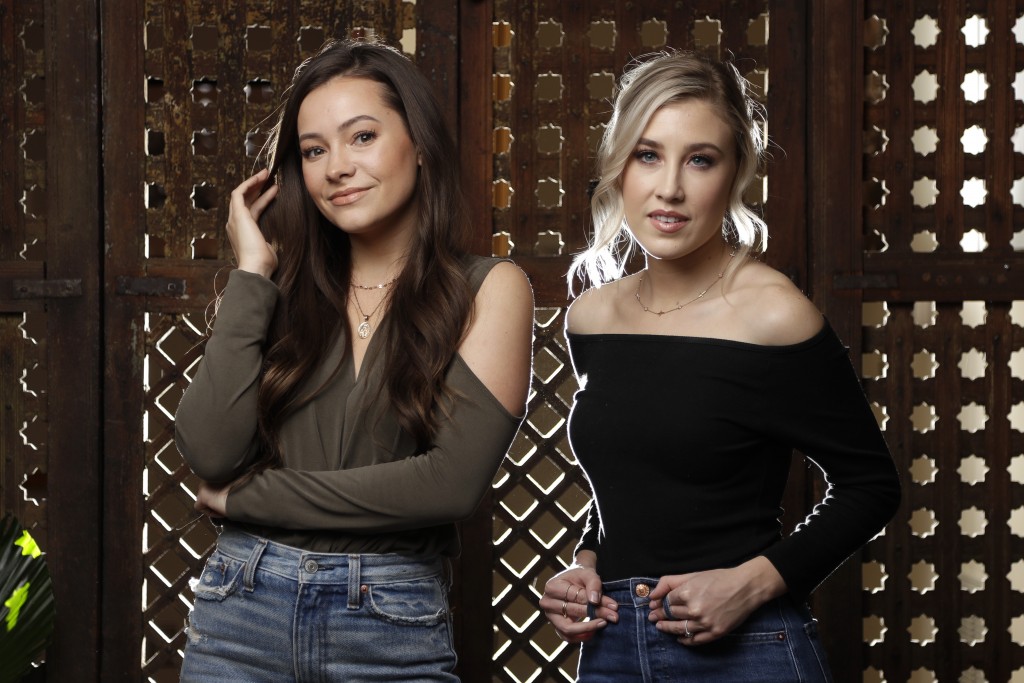 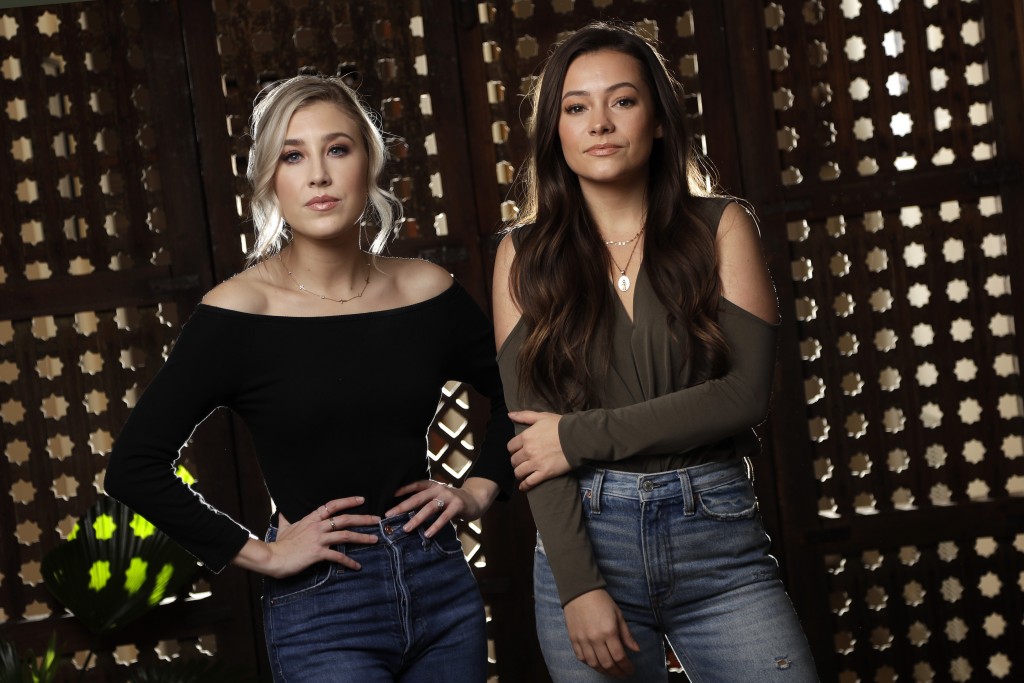 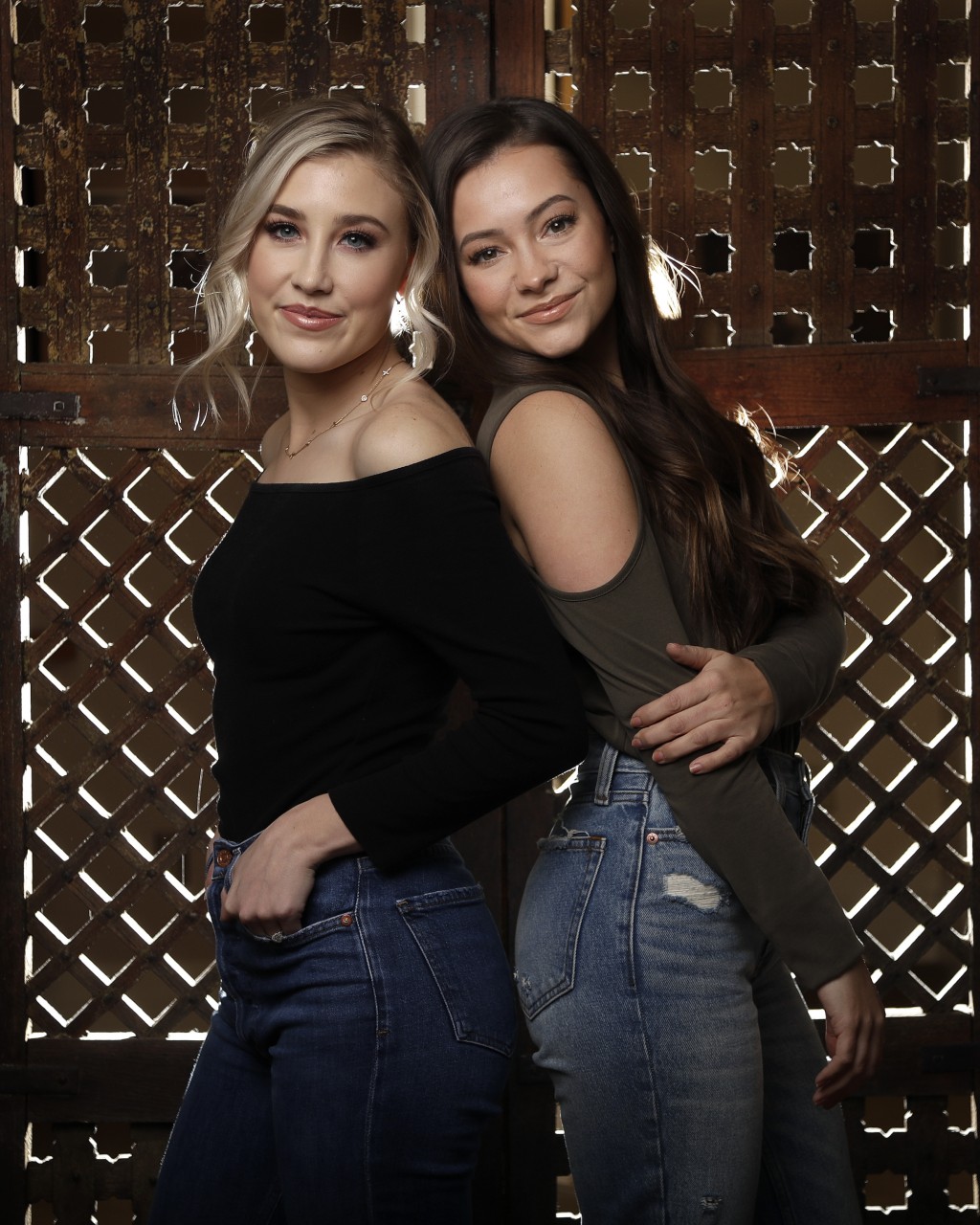 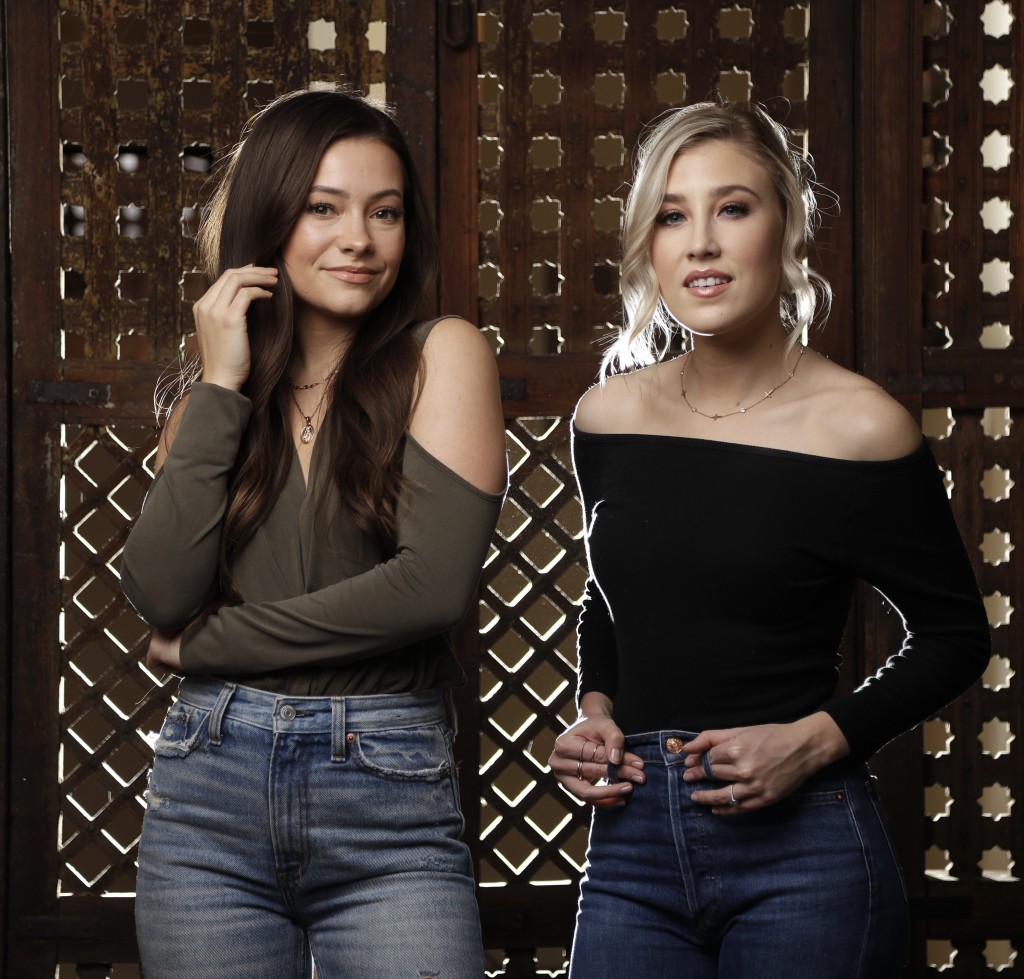 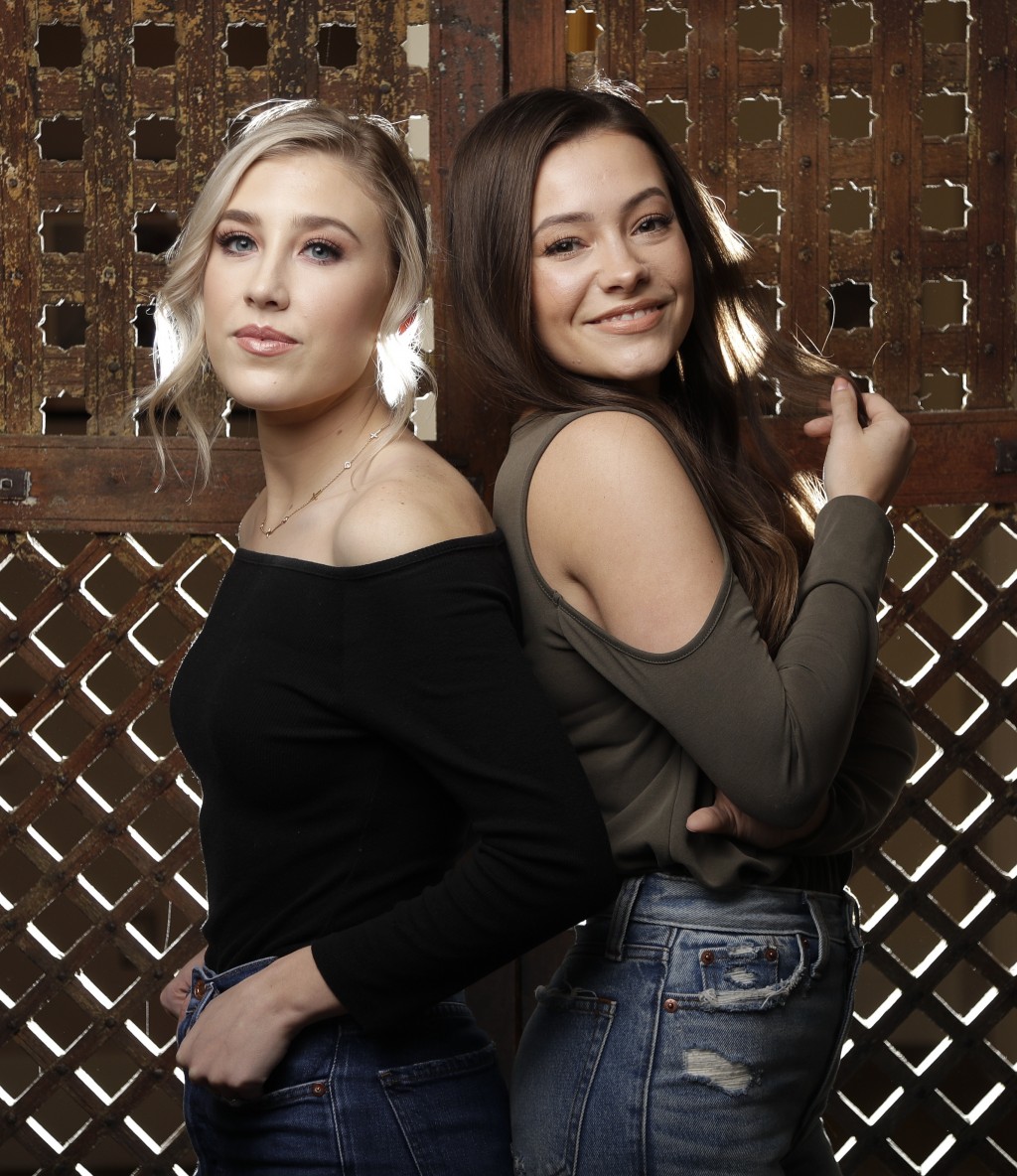 NASHVILLE, Tenn. (AP) — Two years ago, country duo Maddie & Tae were in the studio working what they thought would be their sophomore record on Dot Records. Maddie Marlow and Taylor Dye were both just 18 when they signed their record deal and had a successful debut album "Start Here" with a No. 1 platinum debut single "Girl in a Country Song," a roasting of gender stereotypes in contemporary country music. Expectation was high for their follow-up record.

Then they got the call: their label was shutting down. "We were completely blindsided and just trying to figure out how do we put out music for our fans," said Marlow, now 23. How do we recover from this?"

During the time it took to transition to a new label, they decided to focus on writing and going deeper than they were able to get on the first record.

"If it weren't for Dot closing and us having to completely start fresh, we would not have the body of work that we have now," Marlow said. "So it was a huge blessing in disguise and there's no ill will."

When "Girl in a Country Song" hit in 2014, the airwaves were awash in bro country tropes about women as objects of desire. Marlow, from Sugar Land, Texas, and Dye, from Ada, Oklahoma, were lauded by critics for their beautiful harmonies and songs that earned them comparisons to the Dixie Chicks. Their subsequent singles, "Fly" and "Shut Up and Fish," made it to the Top 10 and the Top 25 respectively on the Billboard Country Airplay chart. But they also were conscious that people might pigeonhole them before they even got a chance at a second record.

"A lot of people named it novelty or a one-hit wonder," said Dye, also 23. "But we just knew that was just a side of us that we were going to show first and there was going to be multiple sides to follow after that. So we never really let it get to us in a standpoint of making us doubt who we are and what we do."

Considering they wrote their first album when they weren't even of drinking age, the new music shows a more sophisticated side, a maturity reached from having setbacks and the realization that they're just going to have to work harder because they are women in a male-dominated industry. There's more than one breakup song on the EP, which is a bit of a reflection of how they felt after Dot closed. The title track "One Heart To Another" shows the vulnerability in getting dumped by a serial heartbreaker, but without any anger or jealousy toward the other woman.

"We went to the writing session and we just said, 'OK, you know what? Industry aside, radio aside, everything else aside, what do we want to say?'" Dye said. "Do we want to be bolder? What do we want this next record, this next phase of us to look like? And are we going to be scared and shy away from things that we've never talked about or should we just go for it? And we went for it."

While they've been addressing the gender disparity issues in country music since the beginning of their careers, the problem has only gotten worse since "Girl in a Country Song." In December, there were weeks where no women were in the top 20 of Billboard's Country Airplay chart for the first time since its launch in 1990.

Maddie & Tae have released three songs from their forthcoming album already, but only one has made it to the Top 35 of the country airplay chart. They've had more success outside of the FM dial, with satellite radio embracing "Die From a Broken Heart," and they are included on two of Spotify's country playlists. Additionally they are opening for Carrie Underwood on her arena tour that starts this May.

JR Schumann, SiriusXM's senior director of country music programming, said he immediately latched onto "Die From a Broken Heart" and started putting it in heavy rotation on their channel "The Highway."

"It connects on a personal and emotional level that I haven't seen in a long time," Schumann said. "Every time we played it, especially early on as people were discovering it, our social media platforms would literally light up."

But they haven't completely abandoned the wit and sass that drew everyone to them in the first place. "New Dog, Old Tricks" is a takedown of those lame pickup artists who think they've got just the right lines to woo a woman. Written by Emily Wiseman, Jesse Frasure and Laura Veltz, they've wanted to record it for years because Marlow said it felt "ballsy."

"This is so on brand for us, and this is part of our message, empowering women," said Marlow. "Just reminding people who runs the world, you know?"