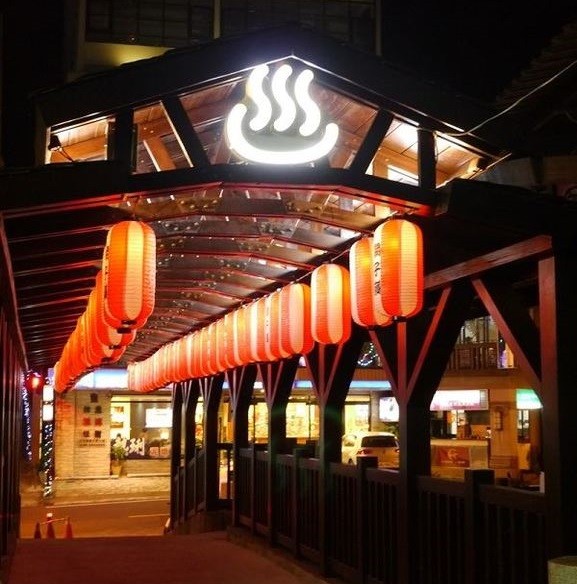 Every year the bureau holds a variety of activities to promote the hot springs and other attractions in the area. It also showed off Guanziling-themed lanterns at this year’s Lantern Festival, in Pingtung. These lanterns have now been relocated to Baoquan Park (寶泉公園) and the square in front of the century-old Huo Shan Bi Yun Temple (火山碧雲寺), in Guanziling.

Boardwalks have been built at the Guanziling's hot spring area. At night, they are all brightly illuminated, giving the hot spring village an even more romantic ambience, the bureau said.

A boardwalk leads to the source of the hot spring, which is not open to the public for safety reasons. Even so, tourists can still see the hot spring bubbling up from behind the railings.

First built in 1796, the temple’s architecture preserves a mixture of Fujianese and Japanese styles, and has a solemn atmosphere as an old temple. The washed granolithic-finish wall is a major feature.

Water and Fire Homogeny is near the temple. It’s said that a river fault here allows underground natural gases to fuel an eternal flame that ascends through cracks in the rock to the surface, along with the spring water.

Visitors can also enjoy picking fruits at commercial farms around Guanziling and drink coffee at a store on Coffee Avenue 175 (City Route 175) run by coffee farmers. The highway, across Baihe and Dongshan (東山) districts, is so named because local farmers grow Arabica coffee beans that were imported during Japanese rule.