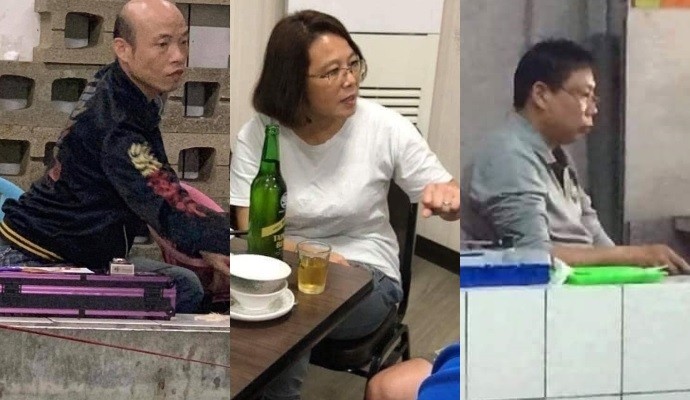 Over the weekend, a user of the Facebook group Baofei Commune (爆廢公社) posted photos of visitors to shrimp fishing restaurants who bore a strong resemblance to Han, Tsai, and Ko. The Tsai look-alike appears to be engaged in a heated discussion over beer.

Han's twin looks to be eagerly anticipating his next catch, while Ko's double seems to be more relaxed, much like the mellow mayor from Taipei. Netizens got a laugh from the photos of random people who look to be the spitting image of the three politicians:

"Hilarious! Where did you spot them, hahaha."

"Battle of the stars."

"I told you, everyone is good friends after work."

"Come and relax. They really have too much free time."