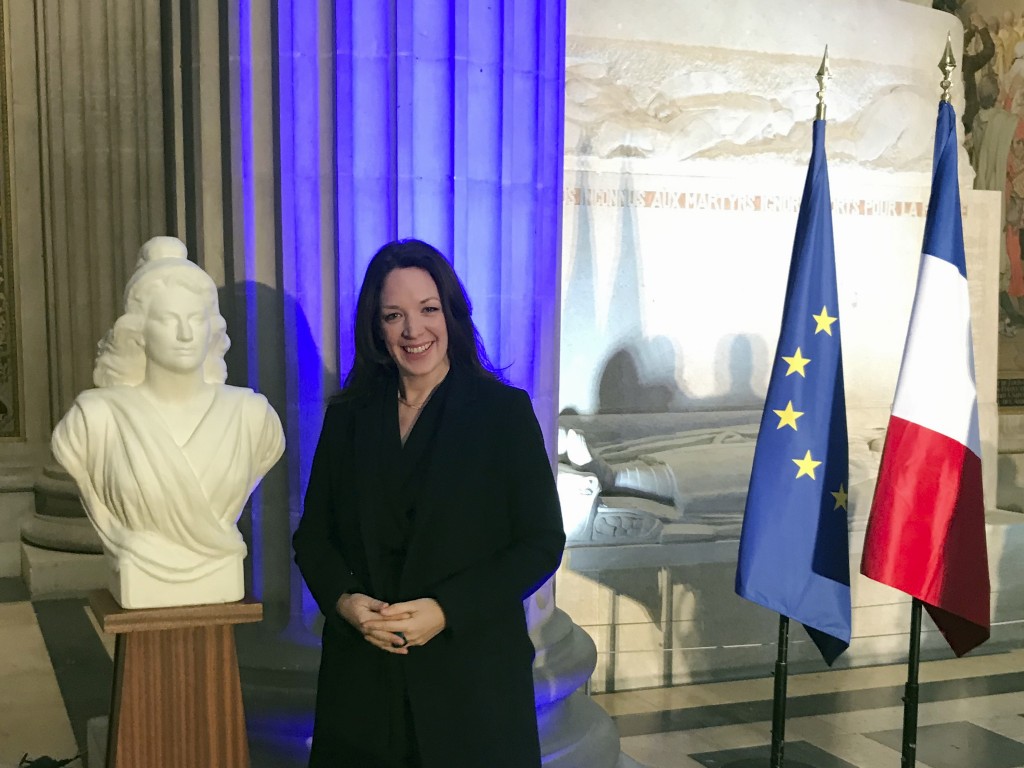 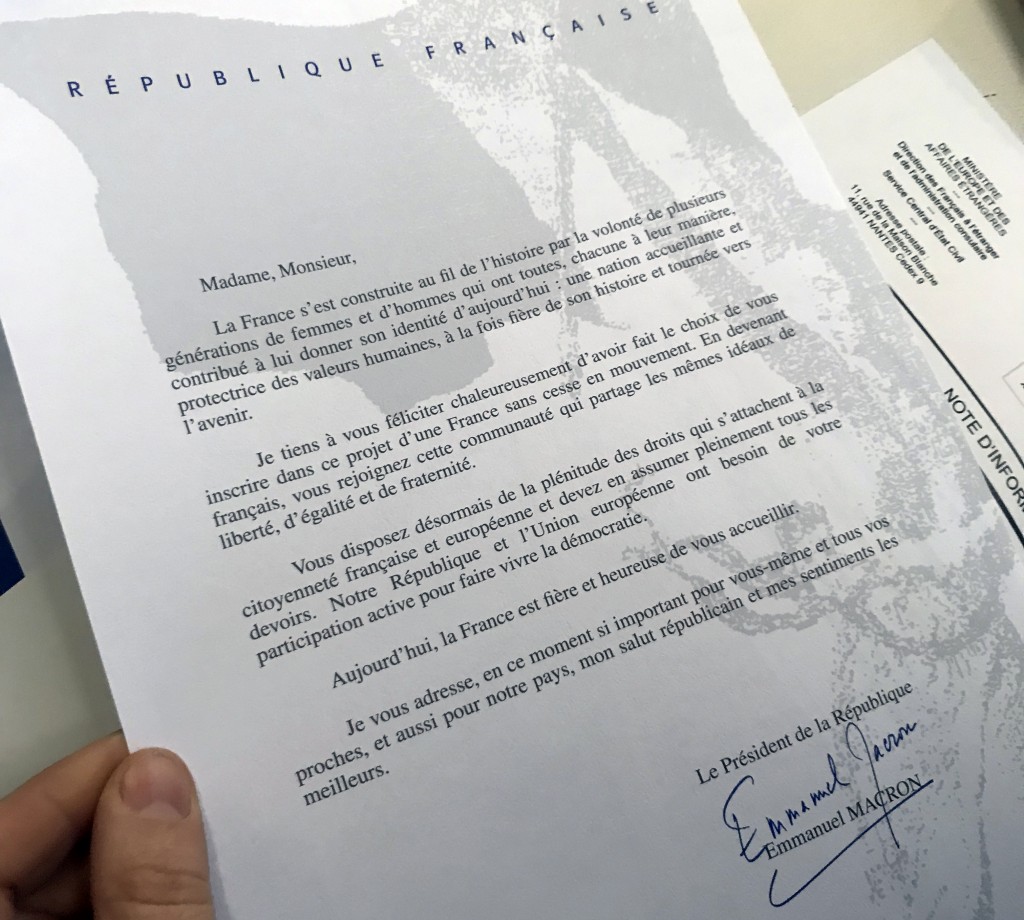 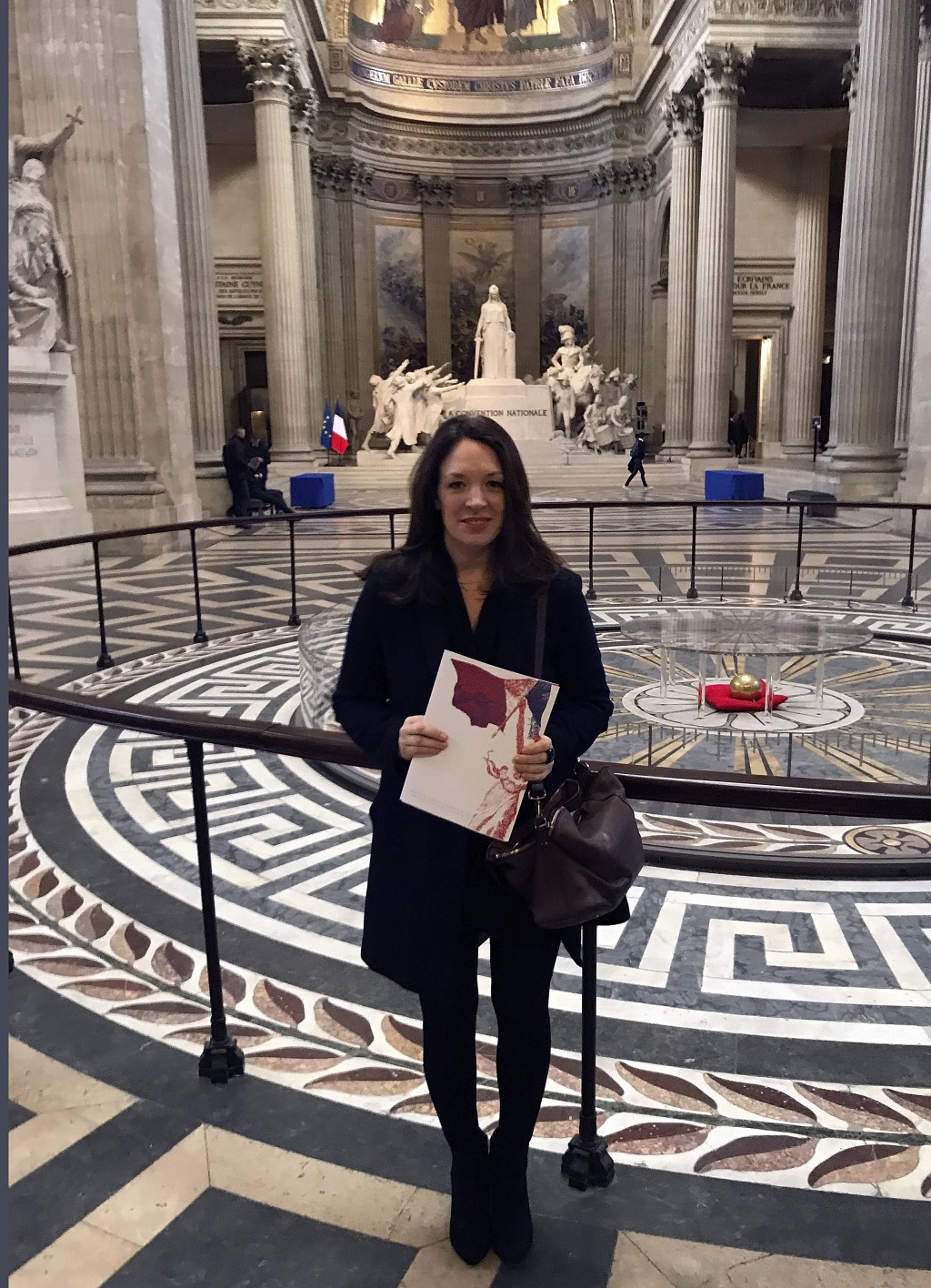 PARIS (AP) — Catherine Norris Trent, a British citizen who has lived in Paris since 2007, rushed to become French before her native country left the European Union. She worried Brexit might force her to leave her French partner and their two young children.

While the EU has promised to allow Britons living in France and other member countries to stay after the U.K. pulls out, Norris Trent said she saw French citizenship as the one certain way to protect her right to remain.

"Brexit was definitely a factor that gave my request urgency," Norris Trent, 38, a television journalist who is among France's estimated 150,000 British residents, said. "I don't want my family to be split apart. It's a terrifying prospect."

As France conferred her second nationality during a spectacular one-hour ceremony last week, Norris Trent left her politics-induced fears at the door of Paris' monumental Pantheon, where French literary luminaries such as Victor Hugo, Jean-Jacques Rousseau and Emile Zola are buried.

She, along with a throng of others who sought to become citizens, were welcomed by a school choir that sang French national anthem "La Marseillaise" beside a floodlit bust of Marianne, the national symbol. They watched a film called "Become French" that explained French national values such as secularism, respect for cultural diversity and gender equality.

The new citizens proudly clutched French birth certificates, excerpts from the French Constitution and a signed letter from French President Emmanuel Macron saying, "France is proud and happy to welcome you."

Hundreds of kilometers away in Brussels, British Prime Minister Theresa May waited to find out if the leaders of the 27 remaining EU countries would agree to delay Brexit day. For almost two years, Britain's departure was set to take effect this month, on March 29.

But U.K. lawmakers have refused to approve the agreement on withdrawal terms and future relations May's government negotiated with the EU, creating fears of a disruptive "no-deal Brexit" that could lead to shortages of food and medicine, tie up traffic on roads, airports and ports where border controls area reintroduced, and upend the lives of ex-pats throughout Europe.

The European leaders refused to extend the Brexit deadline until June 30 as May requested. Instead, they said Britain's pull-out could wait until May 22 if the prime minister could persuade Parliament to pass the twice-rejected agreement.

If lawmakers still refuse the deal, the leaders gave Britain until April 12 to choose between leaving the EU without a divorce deal and setting a radically different path such as revoking the decision to leave.

"I don't recognize the rhetoric in the U.K. anymore. I don't want to close the door on the European project," Norris Trent said. "This is about protecting my family against populism and closing borders," she said.

France's Interior Ministry recorded 3,173 British citizens who became French ones in 2017, an eightfold increase compared to the year before, when U.K. voters decided to leave the EU. Numbers for 2018 are not yet available.

France has its own problems, of course, including persistent discrimination against residents with immigrant backgrounds despite a national motto proclaiming equality for all. On the day Norris Trent became a citizen, French Prime Minister Edouard Philippe spoke during another naturalization ceremony at the Pantheon about the country's alarming rise in anti-Semitism.

But Macron is a fierce champion of the European Union, both its practical elements such as open borders and the idea it represents of European unity built from the ashes of World War II.

"Generations of men and women... contributed to give (France) the identity it has today: a welcoming nation that protects human values," Macron said in the letter addressed to each new French citizen.

The Pantheon has only been used for French citizenship ceremonies since 2017. The monument, a former church built in the 18th century that has become a famous mausoleum, has symbolism of its own.

Several of the well-known figures buried there were born in other countries and became naturalized French citizens, including French-Polish scientist Marie Curie. Norris Trent suggested French authorities chose the location to impress new citizens with the splendor and inclusive history of their adopted country.

"What a stunning place to become French. It's better than a pokey town hall," Norris Trent said. "You really feel privileged, and so it's quite a clever strategy."