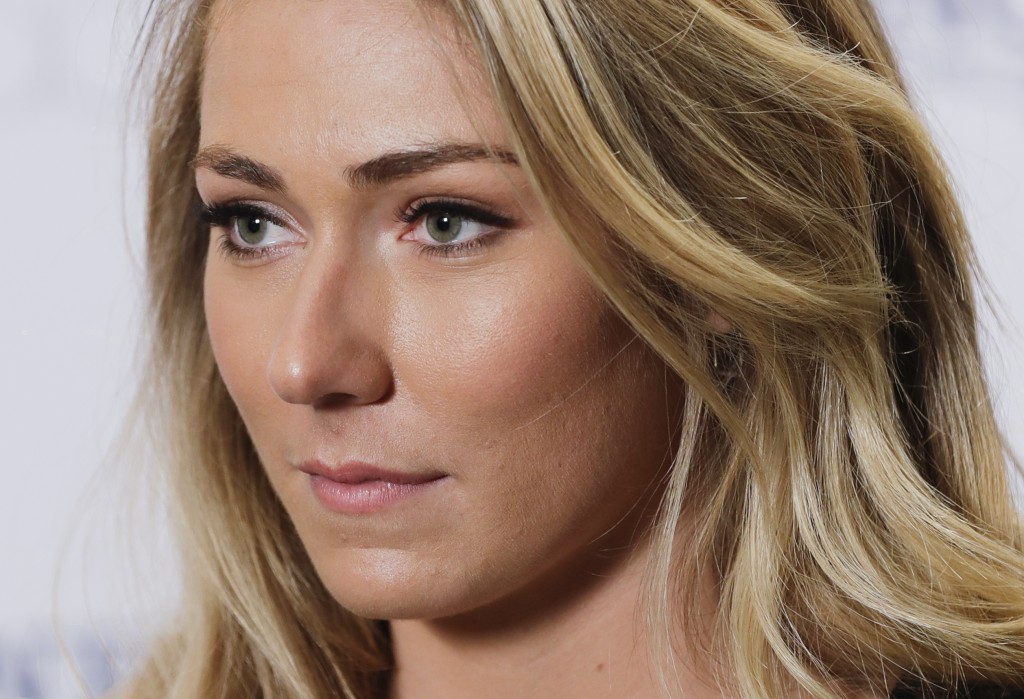 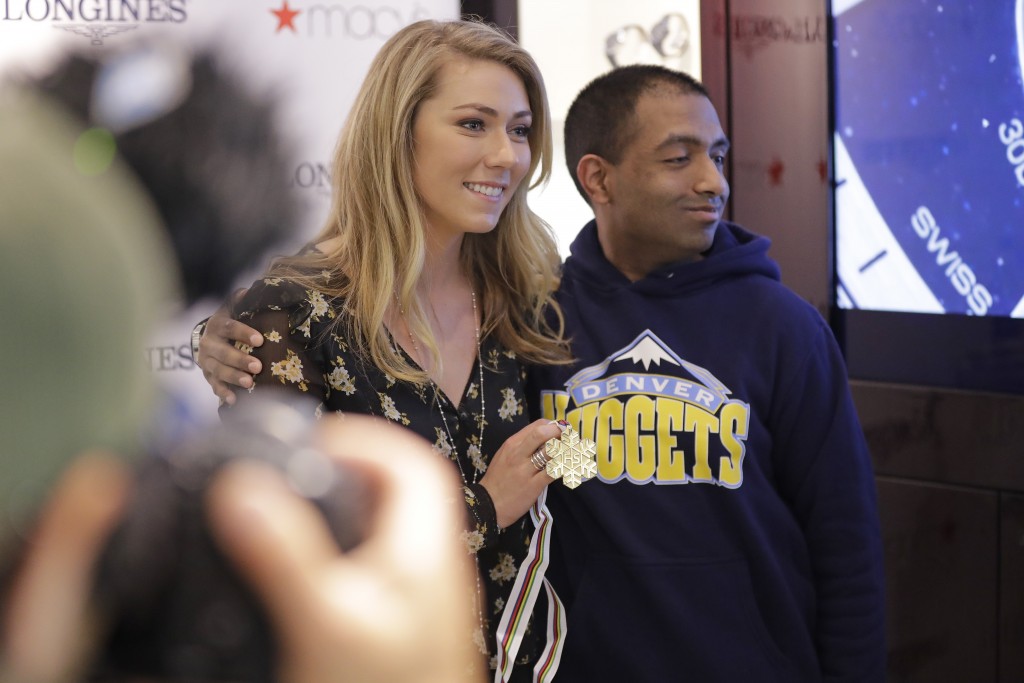 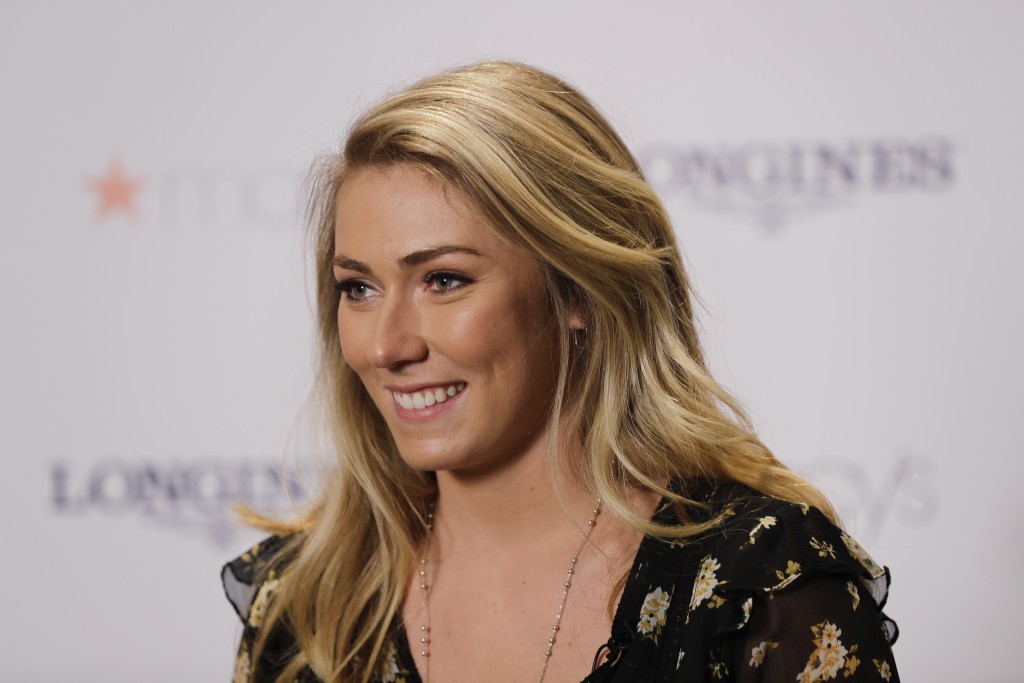 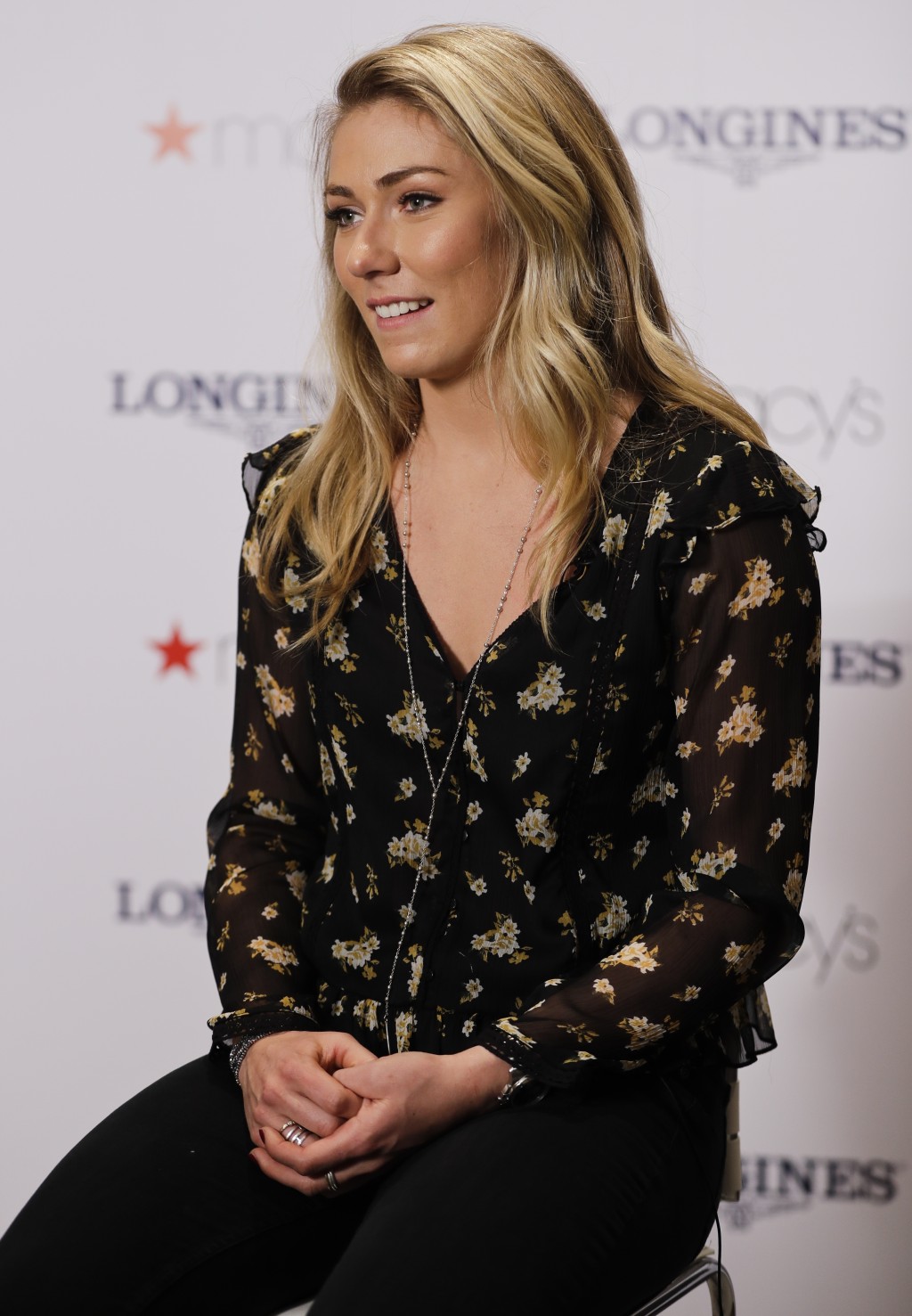 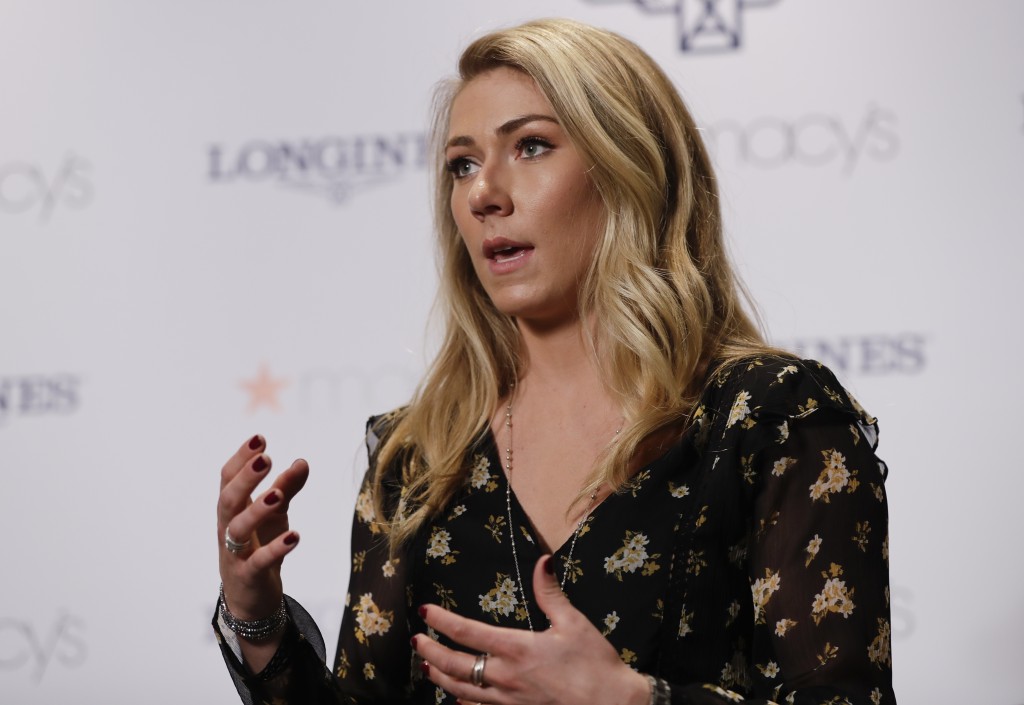 NEW YORK (AP) — Mikaela Shiffrin generally whizzes past mountain gates at 80 mph. She had a much harder time maneuvering through the crowd at Macy's.

The 24-year-old skier arrived in Manhattan to celebrate the end of a record-setting season, which included an unprecedented 17 World Cup wins and her third straight overall title. Lindsey Vonn won four overall titles before she retired this season at the age of 34.

Shiffrin returned from the Pyrenees mountains — after a brief visit to Barcelona with her French boyfriend and skier Mathieu Faivre — for a meet and greet with fans at the watch counter at Macy's on Thursday for sponsor Longines.

"It was a little bit, where am I going?" she said with a laugh about the flagship store.

Shiffrin had no such problems on the slopes this season.

She is the first skier — male or female — to win World Cup discipline titles in slalom, giant slalom and super-G, plus the overall title in one season. She broke the women's record and tied the men's record for most slalom wins with 40. She is the youngest skier to reach 50 World Cup wins and now has 60.

Not bad for an American skier who at age 6 told her parents she wanted to be the best in the world.

She crouched in the snow cradling the giant slalom crystal globe after clinching that title for the first time on March 17, four days after her birthday.

"I'm most proud of the GS globe," Shiffrin said. "This year, I had some breakthrough moments with giant slalom. Winning the final race was one of the more emotional moments."

She made the media rounds in New York and taught Jimmy Fallon the shuffle dance during an appearance on "The Tonight Show." She will get a two-week break and spend time with her 97-year-old grandmother and settle into a new house in Colorado.

Shiffrin competes mostly in Europe during the ski season and enjoys relative anonymity back in the U.S. But that may change with the retirement of Vonn and given Shiffrin's record wins, prize money and endorsements. She is featured in a TV commercial for Barilla with tennis star Roger Federer. Fallon called Shiffrin "the most dominant skier on the planet."

Here are more things to know about Shiffrin, whose parents were both ski racers:

Shiffrin knows her level of success takes a village of support, including her family, coaches, trainers and conditioning experts.

"When it comes down to race day, we don't leave it to chance and we don't leave it to luck," she said. "We only have three days in between races, it's my only block of training. They're figuring out the logistics, do we fly here, drive there, where do we go, what's the best conditions? Do we need to send somebody ahead of time to inject the slopes so the snow is hard enough when I arrive? They are on top of that all the time."

Three years ago, she enlisted coach Mike Day, who she said has had a "calming effect" compared with some "very intense coaches in the past." He's "even-keeled" and helps "block out the noise."

An early season victory in December in the super-G — her first in that discipline— at Lake Louise in Canada was key to launching her successful season, Shiffrin said. She'd had no super-G training since ski camp in Chile three months earlier. A slalom and giant slalom technical racer, her goal was to "just enjoy it" and "lay down a really good run." She called it "the most fun I'd had in a race for a long time."

That win set the tone for a remarkable season.

"I thought, if I could keep this 'high standards, but no expectations' kind of mindset for the rest of the season, then I think it's going to be really good. That was a huge piece of it."

It translated into improved skiing, confidence and giant slalom turns "faster than anyone else can do." Weather and course conditions are constant variables.

"The races I won this year, maybe I had to fight for it or maybe I just skied a lot better and I earned it. That's a special kind of feeling. My GS is definitely on a different level."

Her mother, Eileen, is a coach, video analyst, hill inspector, travel companion and all-around guiding force. They thought about tapering Eileen's travel schedule before the season, but the successes kept her on the road.

"She's family, that unconditional love," Shiffrin said. "She's only there for me. It's not like her salary rides on my success. Her happiness rides on my happiness. I'm happiest when I'm able to ski my best."

Eileen was her study partner when Mikaela was home-schooled the last two years of high school, which allowed her to travel on the World Cup circuit during the winter at age 16 after attending Burke Mountain Academy in Vermont.

"My mom is the most driven person I've ever known, but she's driven about the things she cares about. So I think people often look at her and they just assume that she has pushed me. Yeah, she pushes me in the sense that she keeps me on track. My parents were always helping me be a better skier."

Shiffrin has had a relatively injury-free career, in part because her team is selective about scheduling races so she gets enough rest and training while avoiding high-risk situations. That also makes her one of the "best prepared on the circuit."

"With every minor injury I've had, I've learned a lot from it," she said.

While injury can be "part of the sport," Shiffrin said it doesn't need to keep her "out of the sport for a majority of my career."

She asked her team not to rest on her laurels and to "stay on top, keep working. There's always this driving force, don't stop now, don't get complacent."

At this rate, Shiffrin could approach the record of 86 World Cup wins held by Swedish great Ingemar Stenmark. Vonn finished with 82 wins.

"Skiing has given me so much joy and so many incredible experiences in life," she said. "I owe it to the sport itself to be the best that I can and push it to a new limit."