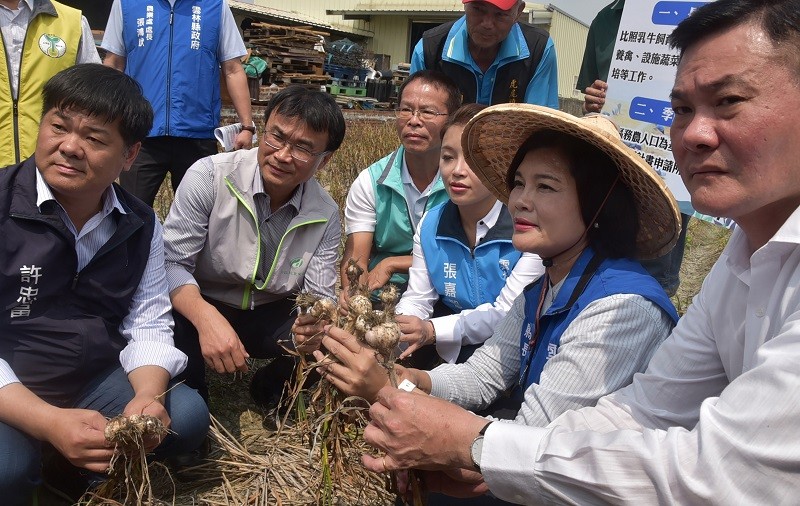 While accompanying Council of Agriculture (COA) Minister Chen Chi-chung (陳吉仲) on a tour to inspect the damage of garlic and tea in the county due to the warm weather in the winter, Chang asked the minister to expedite cash compensation for the damaged plants and open Taiwan’s agricultural sector to migrant workers, CNA reported.

Chang said that 49.7% of the county’s population work for the agricultural sector, and that the county has the highest agricultural output in the country, with annual outputs exceeding NT$70 billion (about US$2.3 billion) three years in a row from 2015 to 2017, the news outlet reported .

The farm labor force shortage has resulted in increased employment of illegal migrant workers in the agricultural sector, Chang said, adding that she hoped that the COA and the Ministry of Labor can work together to open Taiwan’s agriculture sector to migrant workers as a means to resolve the predicament currently facing the industry, the news outlet reported.

The COA has been investigating the condition of farm labor shortages in eight counties and cities to the south of Yulin, the minister said. He added that it’s hoped that the problem can be solved by the introduction of outreach services, which will be handled by local farmers’ associations.

The outreach service scheme for the agricultural sector is expected to take effect in April, the minister added.