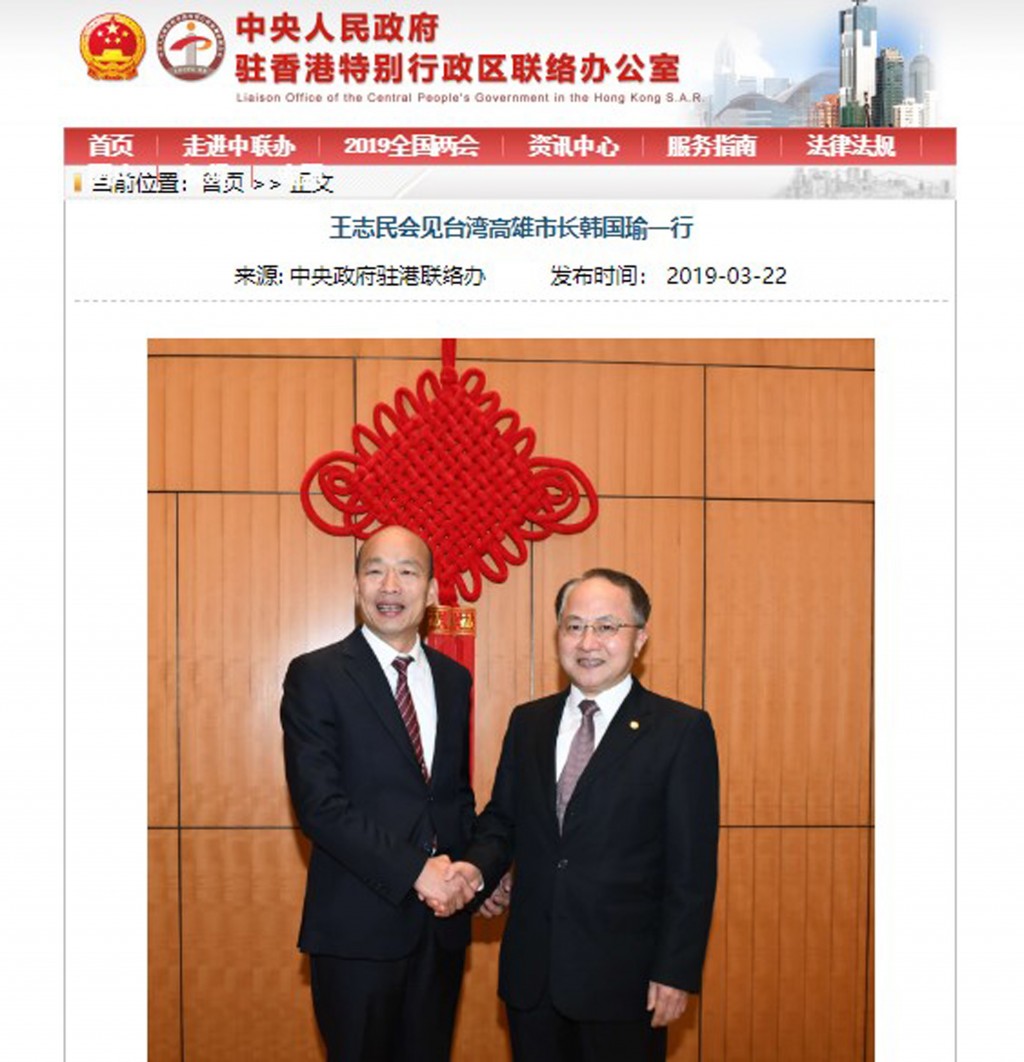 Han is on a tour of Hong Kong, Macau, and the Chinese cities of Shenzhen and Xiamen, officially to sell farm and fish products from Kaohsiung, but his meetings with Chinese officials have drawn the most attention.

The Mainland Affairs Office immediately demanded an explanation, as Han had not reported beforehand he would talk to Chinese government officials.

In addition, Hong Kong actor Chapman To (杜汶澤), a supporter of the democracy movement, told Taiwanese media that the situation in the territory would not improve but only worsen, and that people in Taiwan should take a serious look at developments. He added that a vote for the opposition Kuomintang in Taiwan, would mean the island would turn into the next Hong Kong.