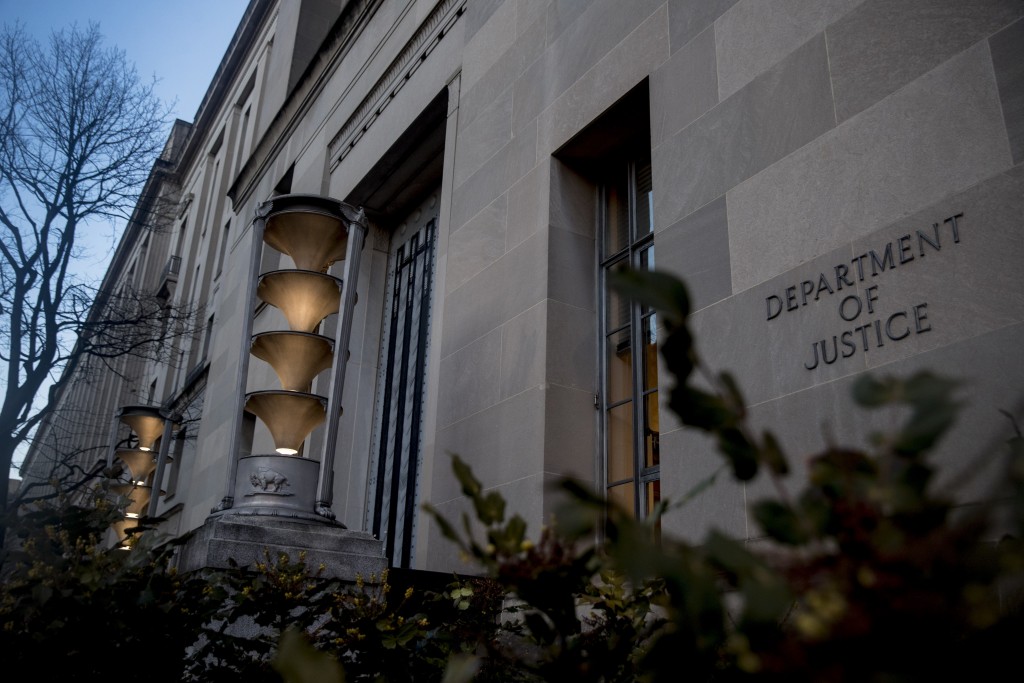 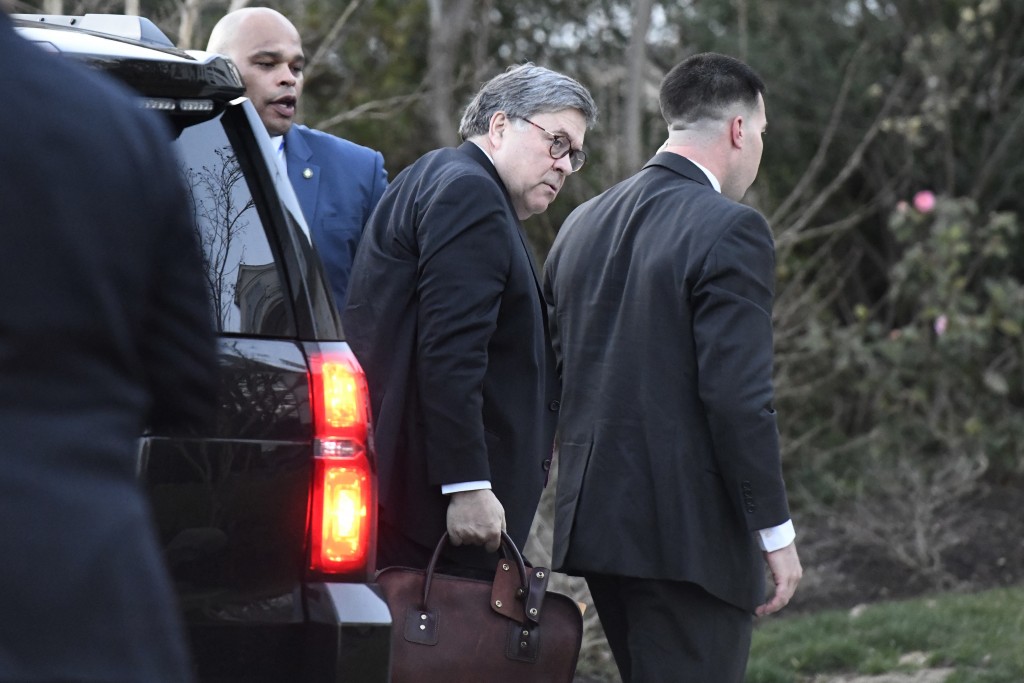 WASHINGTON (AP) — The manila envelope in her hand held a single sheet of paper.

Wearing a black puffer coat, the woman and her delivery were so unassuming in appearance that she was able to quietly slip past the crowd of reporters gathered in the hallways of the Rayburn House Office Building. Without being noticed, she was able to deliver to Congress the simple envelope that contained a monumental message: Special counsel Robert Mueller's investigation into Russia's interference into the 2016 election was over.

The probe had taken nearly two years and imperiled a presidency. It divided Washington, delivered charges against 34 people and drew the wrath of President Donald Trump. Speculation about its findings, and when they would be delivered, had consumed Washington for weeks. Fittingly for Mueller, who never once spoke publicly about the probe, the investigation concluded in a by-the-book, under-the-radar manner.

The stakeout had grown as the week went on and the speculation mounted. The media frenzy only grew after Mueller, who is rarely spotted outside his office, was photographed arriving just after 7 a.m. Thursday with his face hidden underneath a baseball cap as he pulled up to the office's parking garage in a gray Subaru.

On Friday, the wind whipped as the journalists kept their eyes peeled on the office's three different garage entrances. Families and tourists visiting Washington stopped over and over to ask the crowd of photographers and videographers what they were waiting for, some amazed they were right in the middle of a story that had dominated news coverage around the world.

In suburban Virginia, a crowd of journalists gathered outside Attorney General William Barr's house with their eyes glued on the forest-green front door of his home. As he emerged Friday morning, his keys in one hand and a brown satchel in the other, Barr greeted his security detail and hopped into the back of a waiting SUV in his driveway.

He didn't address the group of reporters gathered across the street.

As the afternoon dragged on, reporters in newsrooms across Washington and onlookers around the globe furiously refreshed their Twitter feeds and stared at cable channels looking for anything labeled "This Just In."

Television bookers lined up experts days in advance and told them to be on standby in case the report dropped. Twitter users killed time by musing about Mueller as a man with a crippling case of writer's block, just sitting at his computer with a spinning cursor over a blank document titled, simply, "The Mueller Report."

"It's like waiting for a baby to be born," said Rudy Giuliani, who flew to Washington late Wednesday just in case the report was turned over. "I'll hand out cigars if it's good news."

Giuliani may be the president's attorney but he wasn't given any heads-up on the timing; he simply thought he should be near the White House "just in case," he said.

"I'm watching TV just like everyone else," Giuliani said.

Even the president was forced to wait without any inside knowledge. As he strode onto the White House South Lawn on his way to Florida on Friday morning, he told waiting reporters that he had "no idea about the Mueller report" and warned again that the investigation was damaging for the country.

As the engines from the idling Marine One helicopter roared, it was hard for reporters to immediately make out everything Trump said, though his repeated declaration of his catchphrase denial of any Russian wrongdoing — "No collusion" — was unmistakable.

Trump was already at his lush Palm Beach estate, a thousand miles from the White House, when the waiting game finally, mercifully, quietly ended.

A security officer from Mueller's office walked into the Justice Department headquarters, just steps from the National Mall, carrying a letter. As established by protocol, the document was to inform the attorney general that Mueller's work was done.

Within minutes, it was sent to Barr. Around 4:40 p.m., the attorney general's chief of staff, Brian Rabbitt, spoke to White House counsel Emmet Flood and told him the report was in and read to him a letter that would soon be distributed to House and Senate leaders. Amid the flurry of activity, Deputy Attorney General Rod Rosenstein called Mueller to thank him for his work over the last couple of years and expressed his appreciation for him and the team.

At 5 p.m., the woman with the manila envelope arrived on Capitol Hill to deliver the letter to aides on the House and Senate Judiciary committees, which have oversight responsibilities of the department. She delivered the letter to lawyers for Rep. Jerry Nadler, the Democratic chairman of the House Judiciary Committee, and Republican Rep. Doug Collins of Georgia. The lawmakers were back in their home districts.

Nadler's counsel scanned the letter and sent it to the congressman in New York. Soon after, staff for Senate Judiciary Committee Chairman Lindsey Graham, R-S.C., and California Sen. Dianne Feinstein, the top Democrat on the panel, received the letter.

Once the news dropped, and cable news stations splashed "Breaking News" chyrons across the television screens, elected official after elected official, some more relevant than others, released statements about the report, many calling for it to be made public immediately. Trump huddled with his attorneys at Mar-a-Lago but, for the moment, held his tongue and Twitter feed.

Firday night, the president and first lady Melania Trump stopped by a Palm Beach County GOP dinner at his resort. Trump spoke for a few minutes but didn't mention the Mueller report, according to a senior administration official, who spoke on condition of anonymity to share details of the event, which was closed to the press. The official said Trump had a separate dinner with his family.

Barr, in a far less glamorous setting, was reviewing Mueller's report. In a letter to Congress, he said he may be able to provide some updates about the special counsel's findings as soon as this weekend.

And the waiting game began again.