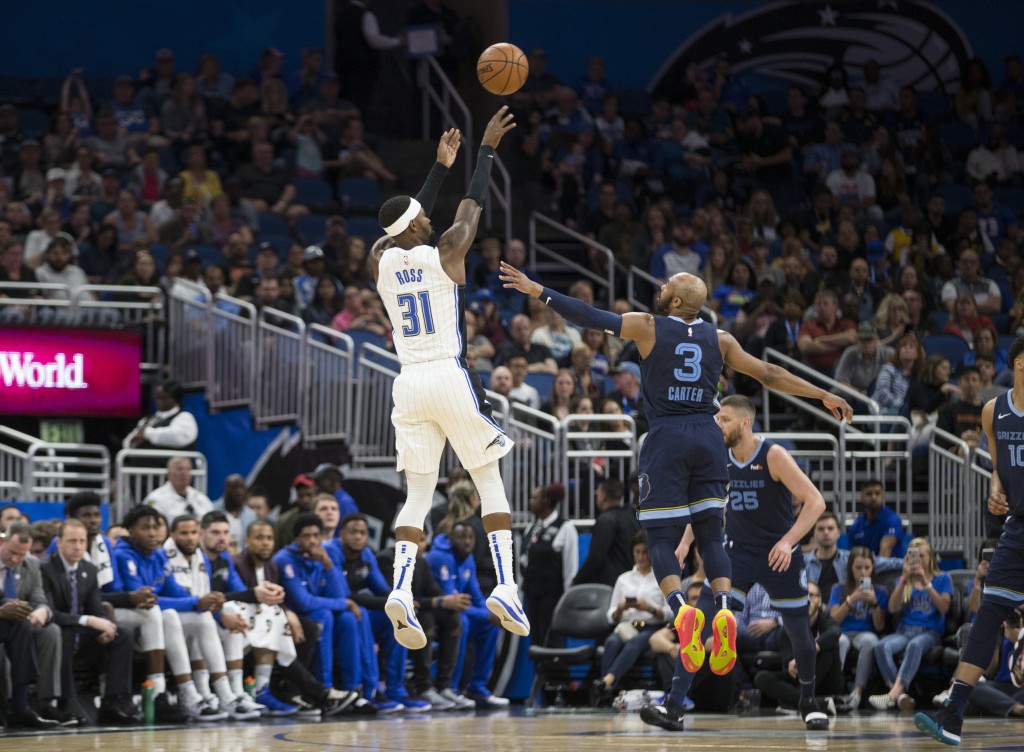 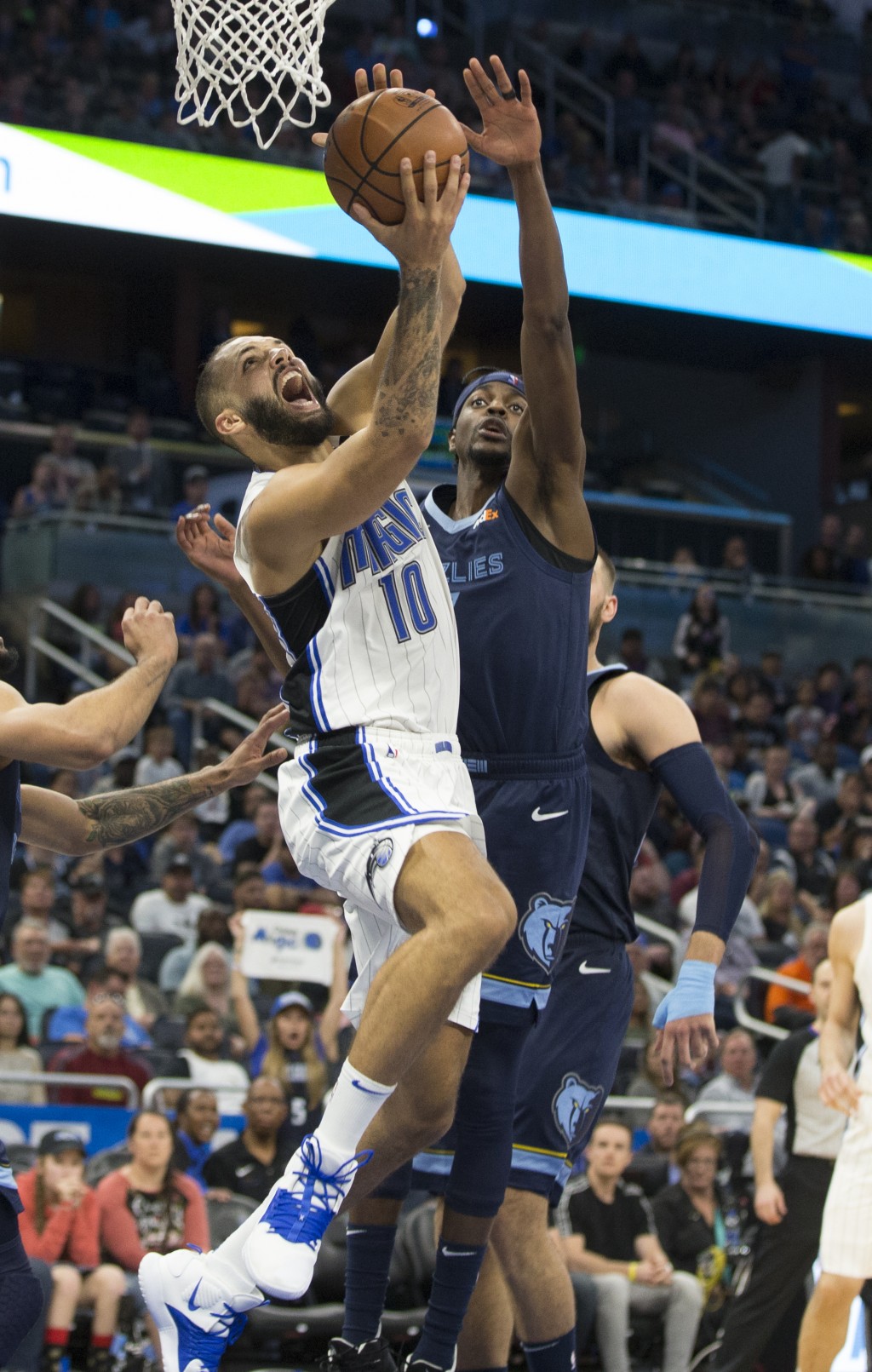 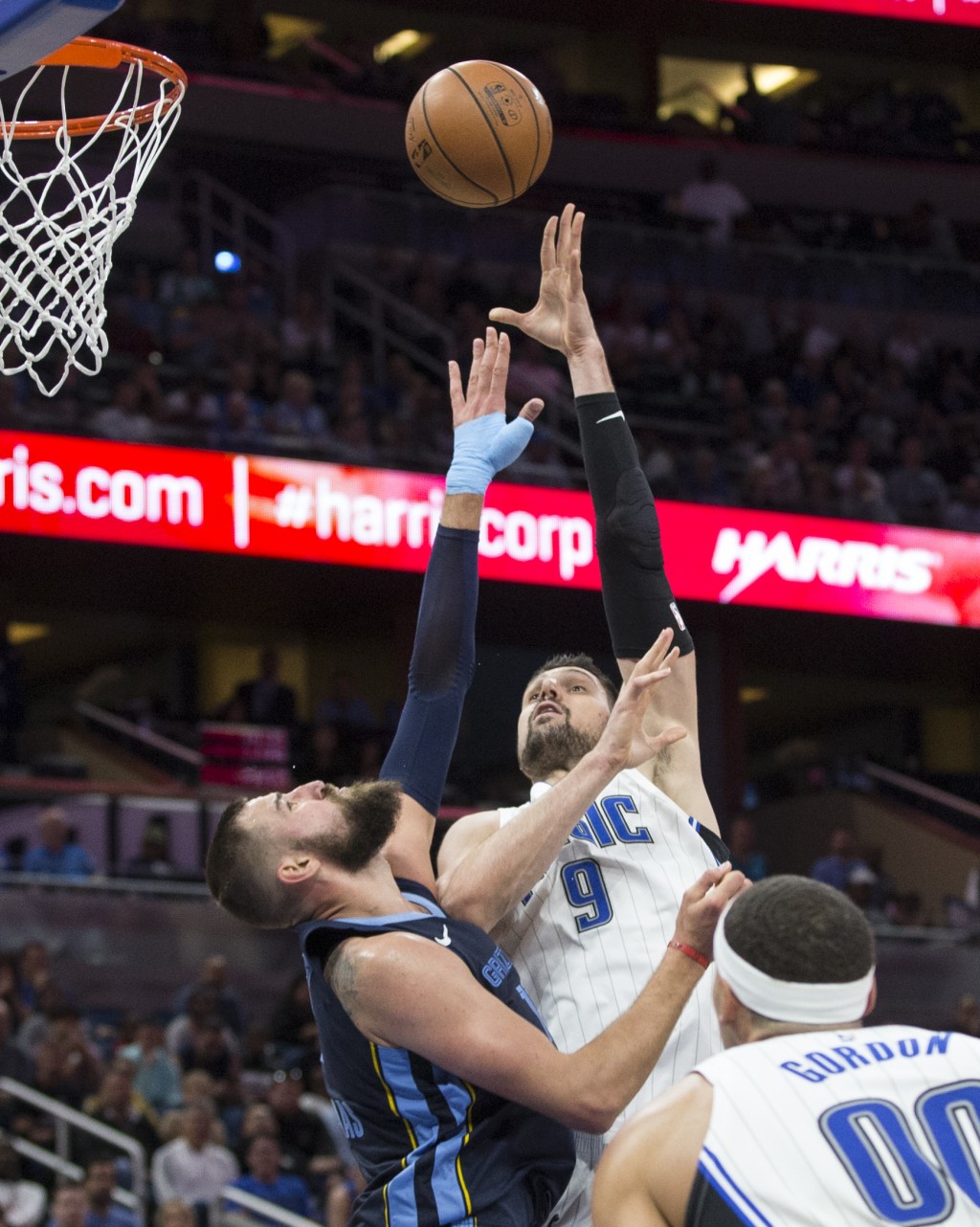 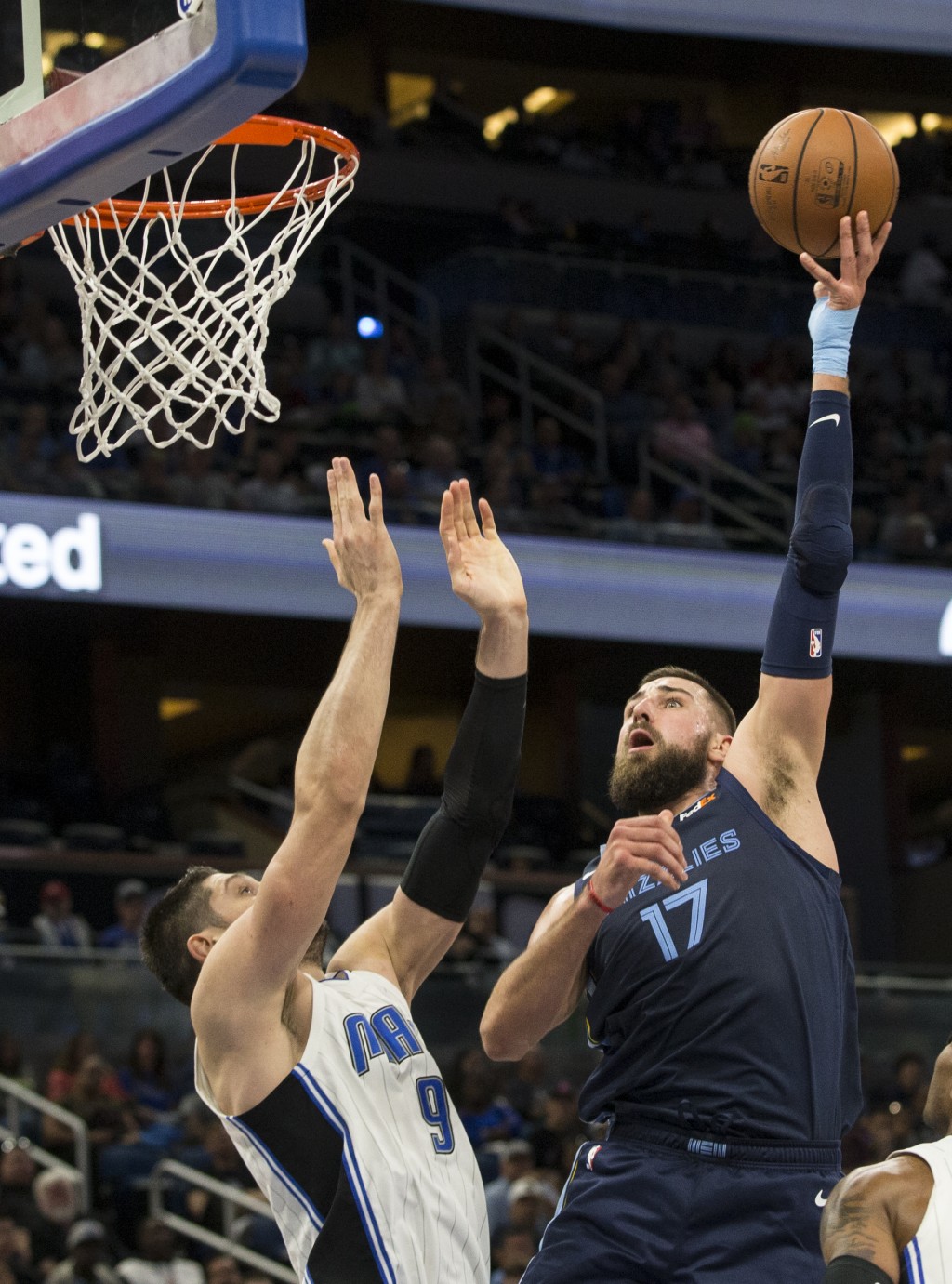 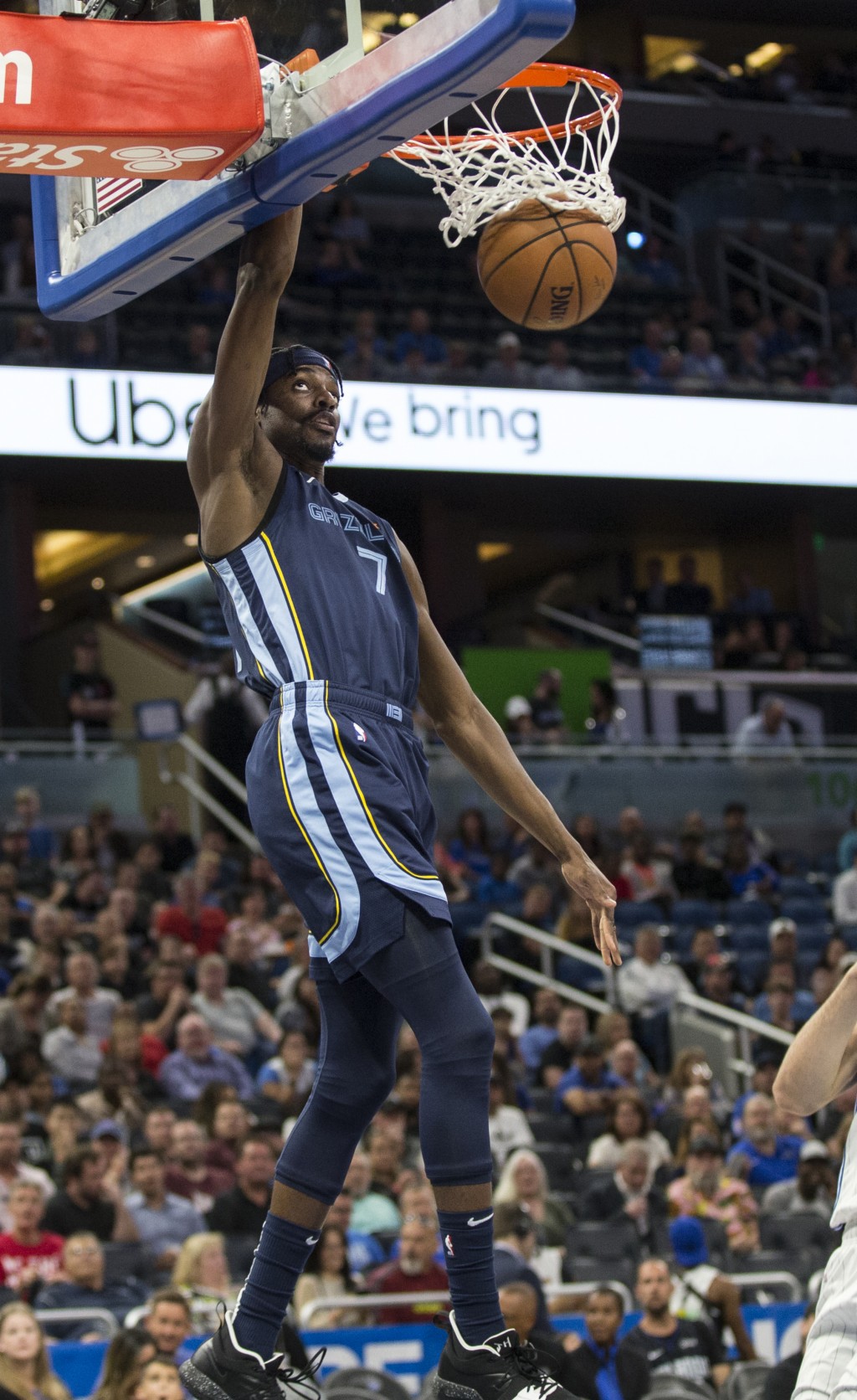 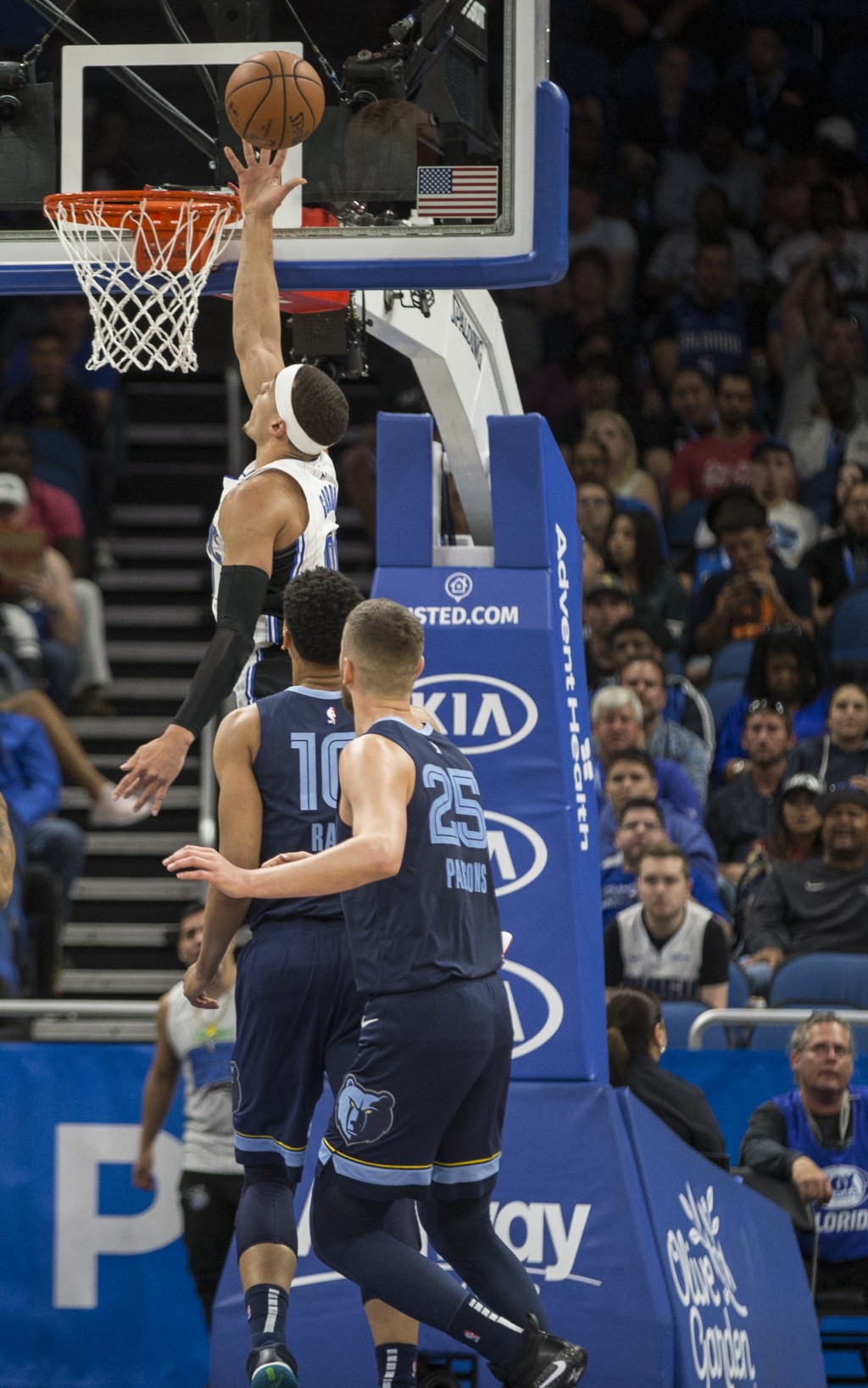 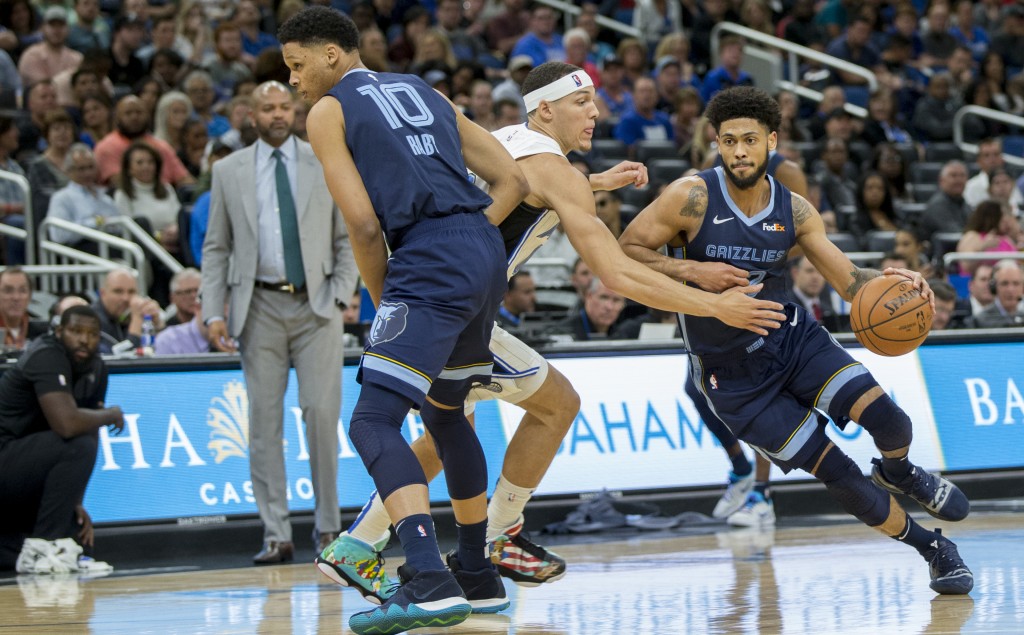 ORLANDO, Fla. (AP) — Terrence Ross scored 31 points and Evan Fournier had 27, including the game-clinching free throws, and the Orlando Magic rallied to beat the Memphis Grizzlies 123-119 in overtime Friday night.

Nikola Vucevic added 25 points for the Magic, who came from 14 points behind in the fourth quarter to tie it in regulation and go on to win their fourth straight.

Memphis got 29 points from Tyler Dorsey, who replaced Mike Conley in the lineup. Conley didn't play because of what the team called "general soreness." Jonas Valanciunas had 23 points and 24 rebounds, and Justin Holiday scored 22 for the Grizzlies. Chandler Parson had 17 points.

There were seven lead changes in the first four minutes of overtime before Vucevic's driving layup gave Orlando a 121-118 lead with 35.5 seconds left.

Dorsey was fouled on a 3-point attempt with 24 seconds left and made the first free throw, but missed the next two.

Fournier then hit two free throws to extend the Magic's lead to 123-119 and Memphis couldn't connect on any of three 3-point shots in the final seconds.

The Magic rallied from 14 down in the fourth quarter, tying the game at 110 on Fournier's driving layup with 17.7 seconds left in the game.

Dorsey missed a 15-foot jumper that would have put the Grizzlies back in front. Michael Carter-Williams got the rebound for Orlando with 1.7 seconds to play. He had teammate Wes Iwandu wide open for a breakaway layup, but Magic coach Steve Clifford called for a timeout and Williams never got the pass off.

Fournier missed a 3-pointer at the buzzer to send the game to overtime.

The Grizzlies took a 95-81 lead into the fourth, but started the quarter 2 for 10 from the field with four turnovers to open the door for an Orlando rally.

Ross' third 3-pointer of the period cut the Magic's deficit to 99-97 with 6:02 left. Orlando finally caught the Grizzlies at 104-104 two minutes later when Augustin scored seven straight points on a pair of drives and a 3.

Bruno Caboclo made one of three free throws to put Memphis back in front 105-104. Orlando had three chances to take the lead, but couldn't convert any of them.

A fallaway by Valanciunas and a 3-pointer from Holiday gave Memphis breathing room at 110-106, but Vucevic and then Fournier got Orlando even with layups.

Magic: Orlando has won six straight home games for the first time in eight years. ... The Magic missed their first eight shots of the game to fall behind 13-1. ... Orlando is 1-3 in overtime games this season.