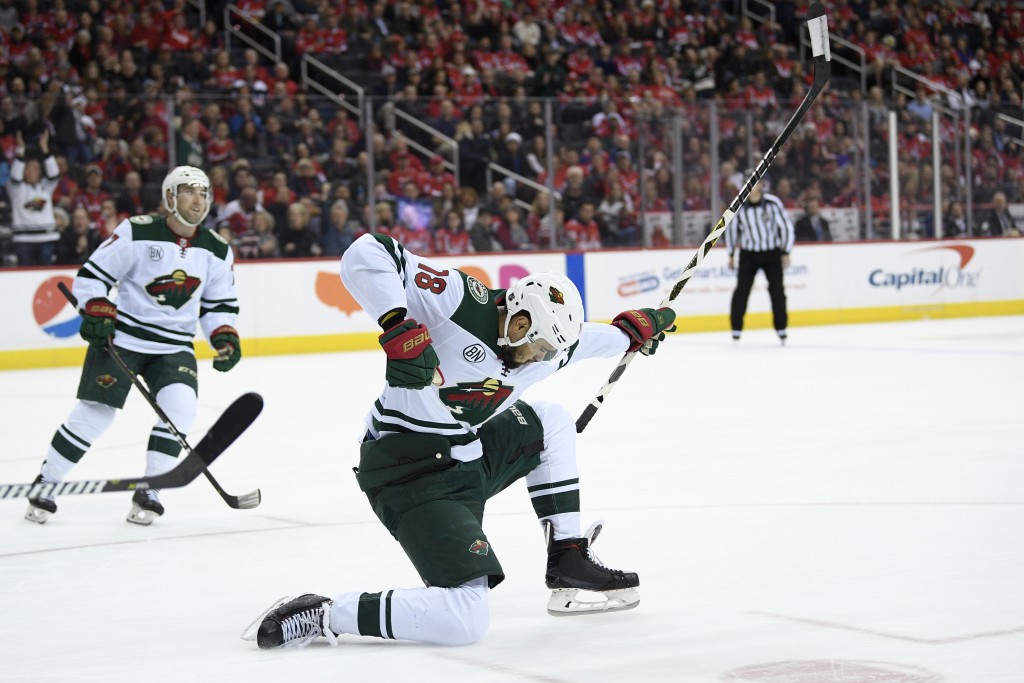 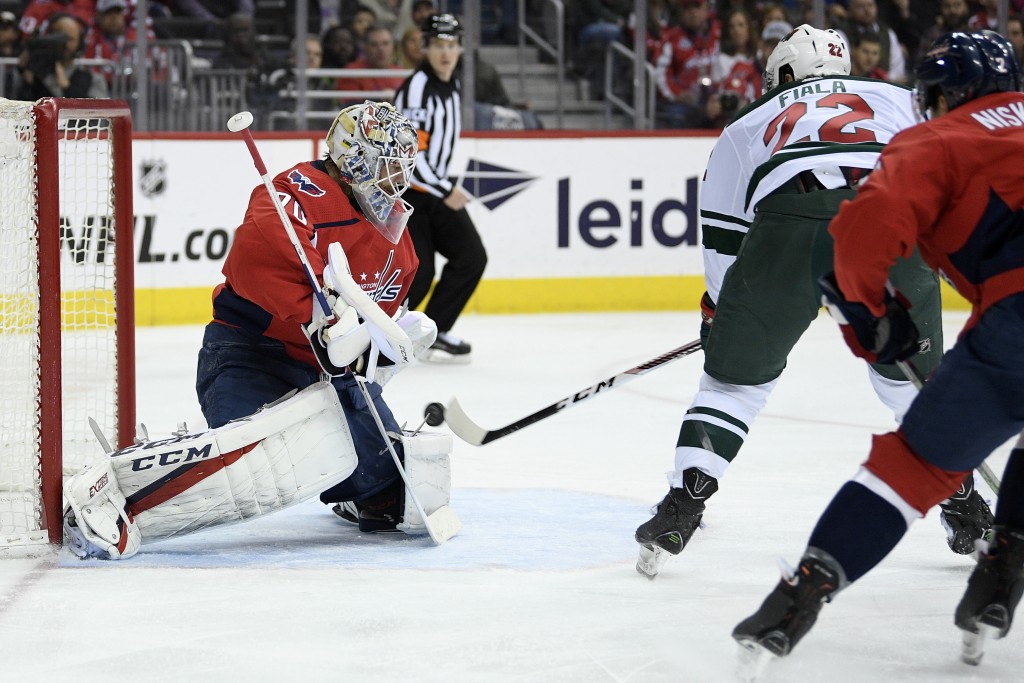 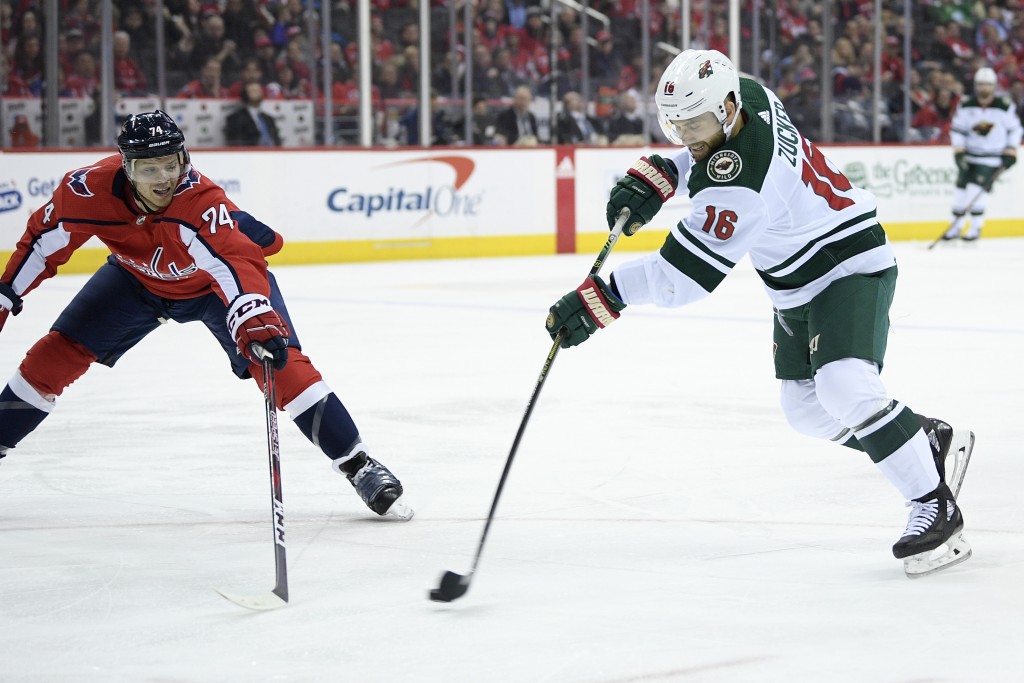 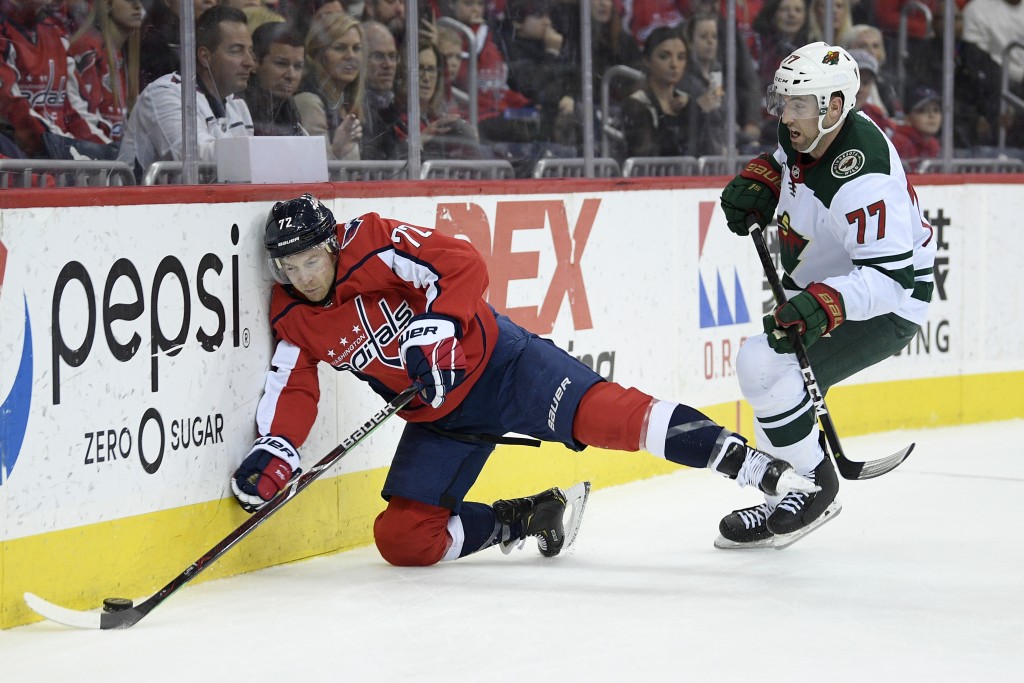 WASHINGTON (AP) — Luke Kunin scored the go-ahead goal with 7:35 left, Devan Dubnyk made 21 saves and the Minnesota Wild moved into playoff position by beating the Washington Capitals 2-1 on Friday night.

Jordan Greenway also scored for Minnesota, which snapped a two-game skid and leapfrogged the Arizona Coyotes and Colorado Avalanche to move into the second wild-card spot in a competitive Western Conference race. Ryan Donato assisted on the goals by Kunin and Greenway and was the Wild's best forward in a game dominated by that second line.

Dubnyk did not have to make too many high-danger saves, but was dependable in Minnesota's net. A sliding pad save on a one-timer by John Carlson on a Capitals power play in the second period was his most impressive stop.

Brett Connolly scored his 21st goal of the season and Braden Holtby made 25 saves for Washington, which has lost four of six. The defending Stanley Cup champion Capitals missed an opportunity to add to their lead atop the Metropolitan Division and still lead the New York Islanders and Pittsburgh Penguins by four points.

It wasn't a masterpiece, but Minnesota needed two points in any way possible. Returning to face the team that gave him his start in the NHL, coach Bruce Boudreau knew full well that with only two games Friday night the Wild were the only ones who could gain ground after getting some help from a Coyotes loss on Thursday.

Despite losing seven of their previous nine games, the Wild remain in control of their playoff hopes with seven games remaining.

NOTES: Minnesota improved to 20-15-2 on the road. ... Donato's primary assist on Greenway's goal was the 10,000th point in Wild franchise history. ... Connolly has 13 points in his past 16 games. ... Washington's power play went 0 for 3 with just one shot in those six minutes. ... Capitals D Christian Djoos returned to the lineup to replace Michal Kempny, who's out indefinitely with a lower-body injury. ... LW Carl Hagelin was a late scratch with an illness and was replaced by Chandler Stephenson. ... Alex Ovechkin remained two goals away from his eighth career 50-goal season.

Wild: Visit the Carolina Hurricanes on Saturday in Victor Rask's first game against his former team since being traded for Nino Niederreiter.