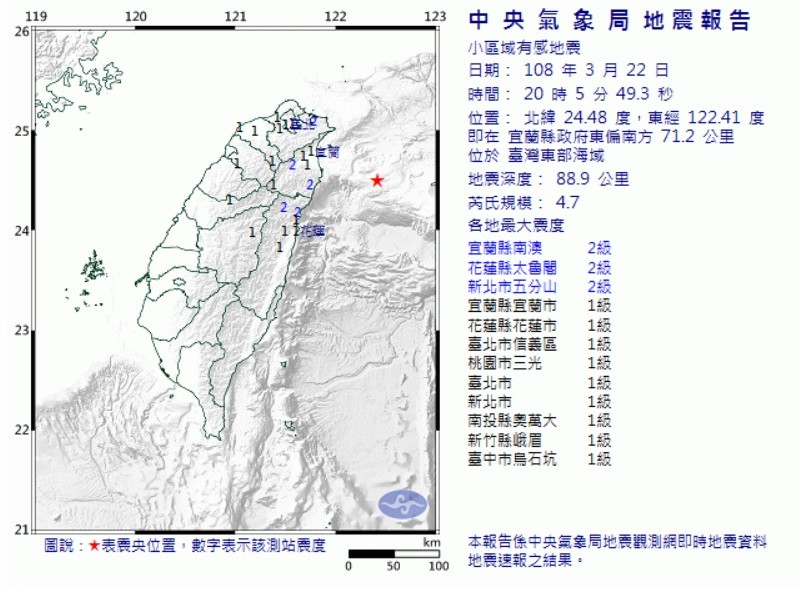 TAIPEI (Taiwan News) - A magnitude 4.7 earthquake struck off the coast of Yilan County at 8:05 p.m. Friday, but no immediate damage or casualties were reported.

The epicenter of the quake was located 71.2 kilometers southeast of the Yilan County Government, under the Pacific Ocean at a depth of 88.9 km, the Central Weather Bureau said.

The quake’s intensity, which gauges the actual effect of the tremor, registered a 2 on Taiwan’s 7-tiered scale in Nan’ao, Yilan County, at the Taroko Gorge in Hualien County, and near the Wufenshan mountain in New Taipei City.

A lower intensity was recorded in most of the north, including Taipei City down to Miaoli County on the west coast and parts of Hualien County on the east coast, according to the weather bureau. 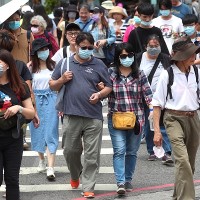