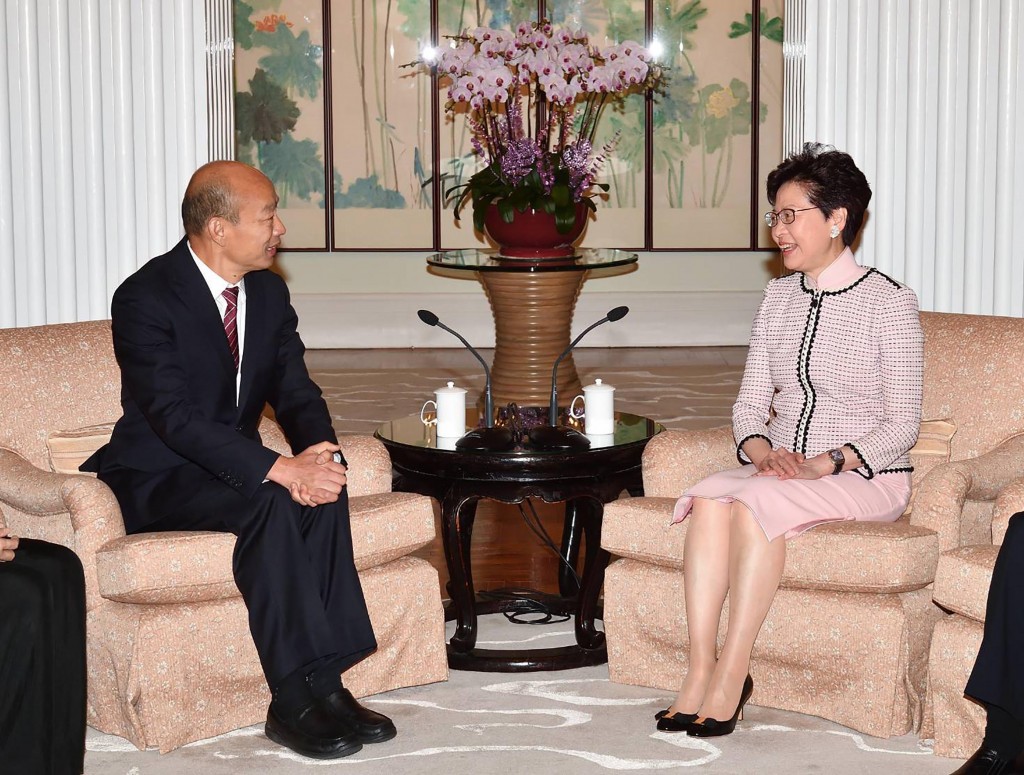 The Kuomintang mayor, tipped by some as a potential candidate in next January’s presidential election, is visiting Hong Kong to promote trade, while emphasizing he will not discuss politics.

Lam praised the close economic links between Hong Kong and Taiwan, while saying products from Kaohsiung could be distributed even further afield via the territory, the Central News Agency reported.

The lunch was not open to the media, and the Hong Kong government only reported Lam’s comments, but not Han’s words, according to CNA.

During his first day in Hong Kong, the Kaohsiung mayor also signed eight memorandums concerning agricultural and fisheries products worth a total of NT$2.47 billion (US$80 million), reports said.

Han said that during his meeting with Lam, he learned that 25 percent of farm and fisheries products in Hong Kong came from Japan, with only 3.6 percent imported from Taiwan. He said he wanted to raise the latter share to 10 percent, the Apple Daily reported.

Han’s seven-day trip will also take him to Macau and to the Chinese cities of Shenzhen and Xiamen.

The new mayor’s administration has emphasized “south-south cooperation” in two directions, one with Singapore and Malaysia, eventually including the Philippines and Indonesia, and the other with Southern China.