The recent US Senate Committee on Foreign Relations hearing into "A New Approach for an Era of U.S.-China Competition" raised an intriguing new opportunity for Taiwan.

The USA and China are the world’s two pre-eminent superpowers, yet, they couldn’t be more different. One is a free and democratic state whose economic success is down to its liberal, free-market economy which creates an environment in which companies like Google and Amazon can thrive. The other is an authoritarian Communist regime which oppresses its people and manipulates its economic assets to ensure continued economic growth (at least on paper) at all costs.

At the moment these two countries are at loggerheads over the issue of trade. It is actually something of a surprise that this conflict hasn’t come about sooner. President Donald Trump, for all his faults, is the first US President to stand up to China’s unfair economic practices, market manipulation, and indifference to international laws on things like intellectual property.

Much of the talk of Taiwan’s role in this trade war has been cautionary in tone. There has been understandable concern about the risks of Taiwan being used as a pawn in negotiations between its nearest neighbor (and greatest threat) and its biggest and strongest ally.

Less discussed has been the opportunities that the trade war offers to Taiwan. But one such opportunity reared its head at the Senate Committee hearing – the prospect of a global alliance to resist China’s “illegal” actions.

At the hearing, experts briefed Senators on China’s use of illegal practices such as spying, economic bullying, bribery, and theft, through both Chinese businesses and expats to push their own economic agenda.

They also touched on the practice of "copinism," a term which is hard to define but broadly means Chinese people taking what they want from the world, legally or illegally, to enhance Chinese culture and the lives of Chinese people. The practice has more recently been given the moniker of ‘sharp power’.

Such actions have been a mainstay of Chinese businesses and people throughout the era of the so-called Chinese economic miracle. Countries and business around the world have suffered from these actions, but none more so than Taiwan.

Now, there is a groundswell of opinion in the USA and elsewhere that it is time to fight back. Such a response is long overdue and it is something that Taiwan should take a leading role in.

For far too long, Taiwan has allowed China to control the narrative on cross-straits relations in the wider world to the detriment of Taiwan. The excellent recent article by Jenna Lynn Cody on how China uses language to manipulate international perceptions of Taiwan is just one example of this. At the same time, Taiwan’s geographic and economic proximity to China makes it an easy target for the Communist regime's more blunt and illicit activities.

So, if there is going to be a global anti-Chinese-communism alliance, Taiwan should definitely be seeking to play an active role.

But such initiatives are always going to be politically and logistically difficult. Even if there is the political will for such an alliance elsewhere, it is likely to take many years before all the ducks are lined up.

Time to deploy campaigners and think-tanks

So, why wait? Taiwan should be out there now highlighting the malpractice and illegal activities being undertaken by Communist China and their agents on a daily basis around the globe.

The Ministry of Foreign Affairs (MOFA) has a network of Representative Offices around the world. These de-facto embassies do some sterling work protecting the rights of Taiwanese citizens and businesses abroad. They also help to ensure that relations with international governments remain cordial despite the lack of formal diplomatic relations.

But these offices are not especially pro-active in engaging with overseas public debate and driving media narratives. This is an opportunity missed and it is perhaps being missed because it is not considered to be a core job of Taiwan’s High Representatives.

But Communist China is the single biggest threat to Taiwan and it is also rapidly being seen as the biggest threat to global peace, freedom, and stability too. This is an opportunity for Taiwan but one that is not, at the moment, being grasped.

It is high-time that Taiwan started to use soft-power to highlight China’s behavior more openly. To do this, Taiwan should be funding think-tanks, campaign organization, and academics to get out there do the job for them.

Such organizations can have a huge impact on public perceptions, political understanding, and media coverage. They can offer a voice for Taiwan in international media, produce credible research, data, and reports about both China and Taiwan, and help to increase understanding about the realities of the Communist regime in China and the threat they pose to the world.

Such organizations are relatively simple and affordable to set up yet can deliver big results and fast. They can be far more effective than traditional lobbying, something which Taiwan is not shy about spending money on, especially in Washington.

The Taiwanese government has a duty to protect Taiwan from hostile foreign regimes like the one in China. The US-China trade war and growing awareness of CCP abuses offer them a great opportunity to do just that. Funding of think-tanks and campaign groups is an affordable and cost-effective way to turn the tide of public opinion on China and, in doing so, increase support and understanding of Taiwan’s predicament.

It really is a no-brainer. The question is how long it will take before Taiwan’s MOFA joins the dots. 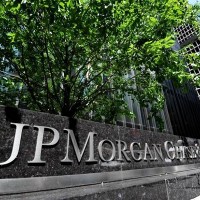 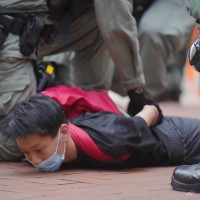