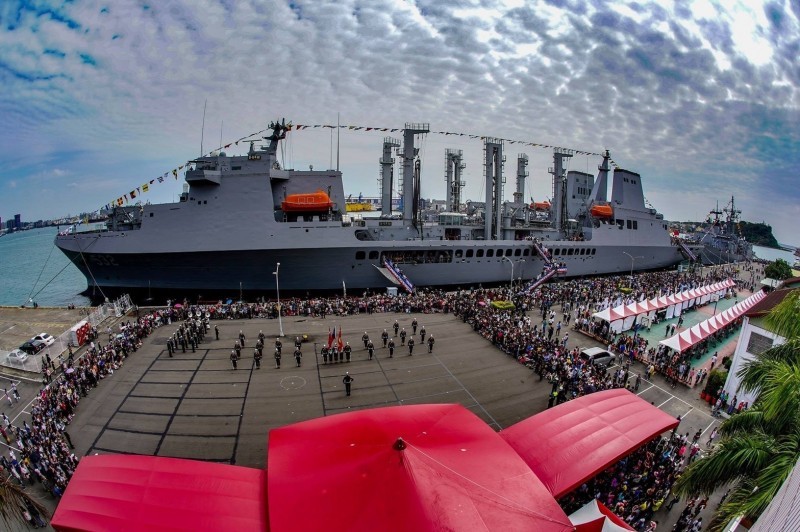 TAIPEI (Taiwan News) -- The Taiwan Navy’s Dunmu (敦睦) Fleet will be giving the public access to visit three of its vessels on March 24-25.

In addition to offering the public a chance to observe the Dunmu fleet’s flagship up close, there will also be performances by the Navy band along with demonstrations by the Navy color guard and its Taekwondo team. Unfortunately, foreigners are unable to join the event without prior authorization.

The three ships on display are the “Panshi Fast Combat Support Ship” (AOE-532), which is the fleet’s flagship, along with a Cheng Kung class frigate (PFG-1110), and a La Fayette class frigate (FF-1207).

Additionally, the fleet has organized informational booths to showcase contributions the Navy has made to national defense, to science and technological development, and to Taiwanese society.

Visitors will be required to show photo ID to gain entrance to the event, and are advised to come early. Foreigners may not enter without first registering and getting approval from the Ministry of National Defense.

Liberty Times reports that the Dunmu Fleet is in the midst of a training schedule with port stops around the Taiwan that began March 15, and will finish April 1. After the stop in Keelung, the Dunmu Fleet is headed to Suao Port in Yilan County, and then on to Hualien.