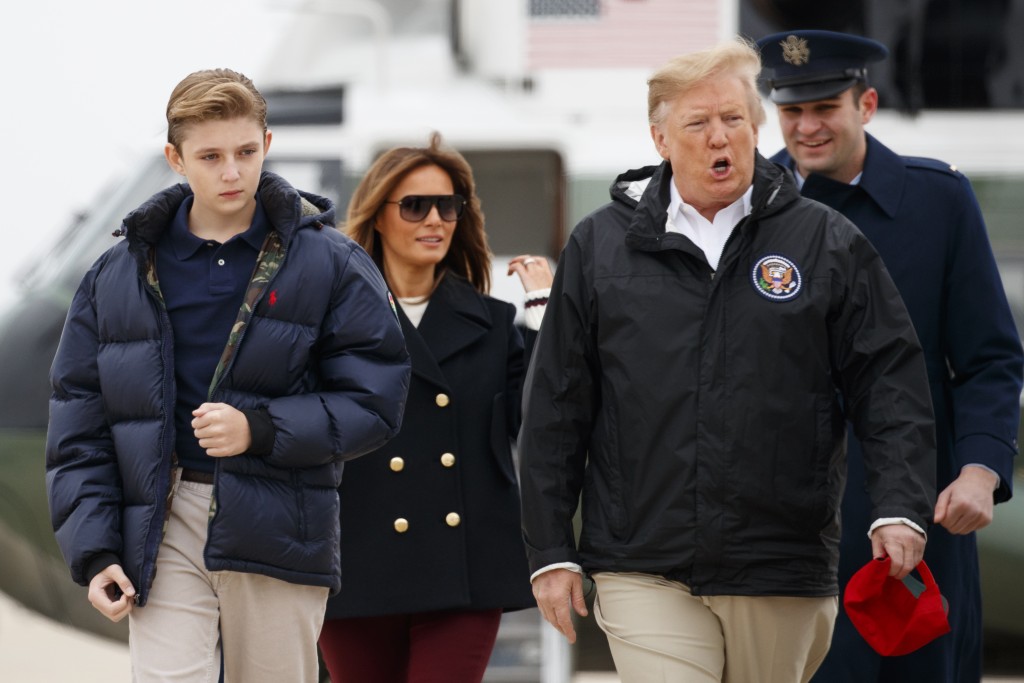 Barron and his mother, Melania Trump, are keeping to tradition and spending the break at their Palm Beach, Florida, home.

The Republican president was in Washington with plans for a trip to Ohio later Wednesday.

There's no word on plans for a birthday celebration for Barron, whose full name is Barron William Trump. But the first lady tweeted a photo of a gold-tone Mylar balloon in the shape of "13" and a caption that said "Happy Birthday BWT" followed by three hearts.