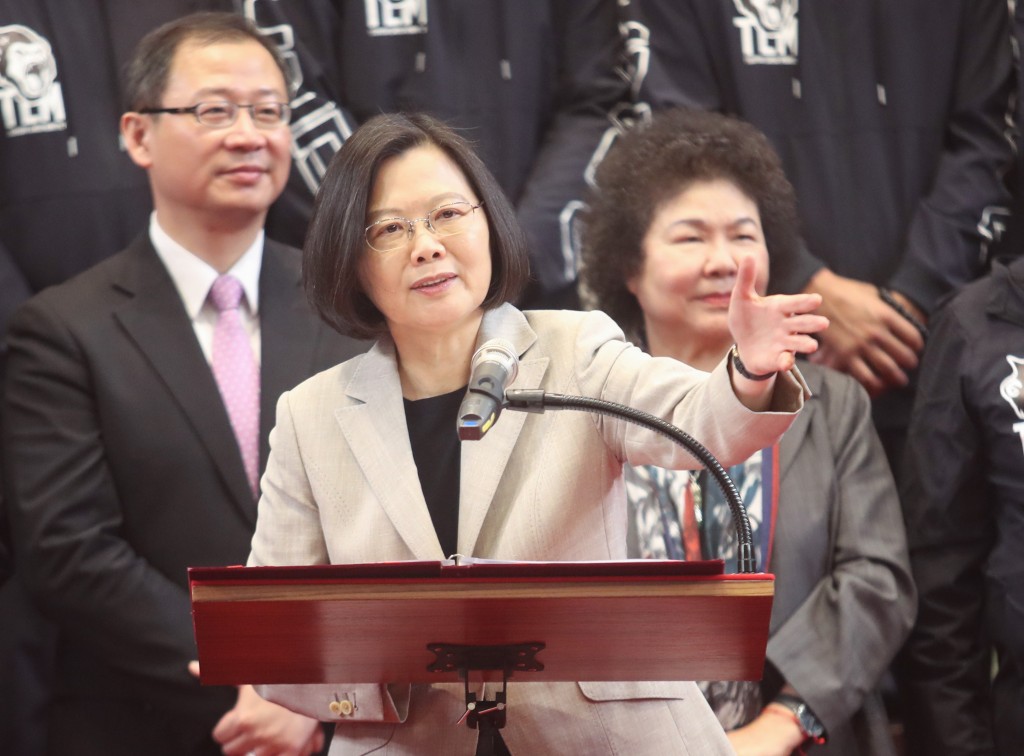 Tsai will visit Palau, Nauru and the Marshall Islands, three of Taiwan’s 17 diplomatic allies. The day before her departure, she listed her foreign policy achievements on Facebook, emphasizing that with her, the people of Taiwan would continue to march toward the world.

She especially mentioned closer ties to Washington, including a recent joint news conference about the Indo-Pacific and the visit of the United States Ambassador-at-large for International Religious Freedom, Sam Brownback.

In Nauru, Tsai will address parliament, while in the Marshall Islands she will attend an international meeting of women’s leaders. Before arriving back in Taiwan on March 28, she will stop over in Hawaii.

On the home front, Tsai is facing a challenge in the DPP primaries from her former Premier William Lai (賴清德), who unexpectedly registered earlier this week. Before her departure for Palau Thursday, Tsai will visit party headquarters to register herself and talk to journalists, the Central News Agency reported Wednesday.