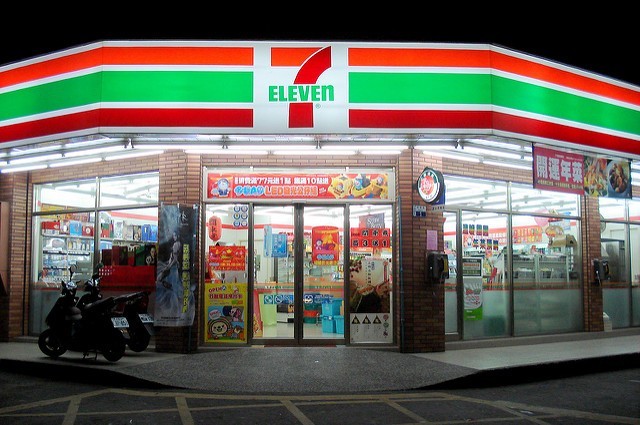 After news broke that 7-Eleven is considering ending the practice of keeping its stores in Japan open 24 hours, Huang said that 400 of the company's 5,300 branches in Taiwan have already ceased 24-hour operations. Huang said in future, the company will continue to monitor stores which are less profitable in the evenings and consider cutting back their opening hours and devote more efforts toward "innovation" and the development of combination stores.

"To be honest, some franchise stores have been always open without much success," Storm Media cited Huang as saying. Huang said that managers of Taiwanese branches have given feedback and said that nighttime crowds and revenues have not been as good as was expected.

Huang said that some affiliates have applied to close their shops early: "Take for example the two neighboring shops next to Kaohsiung's Love River. Now, only one is open for a full 24 hours. This can save on manpower and cut costs," said Huang. Huang told Storm Media that the franchise owner can apply to the headquarters for reduced hours, as long as reasons are justifiable.

In addition, Huang told the media outlet that the company will devote itself to "innovation" and strive to develop combination stores, unique products, and a digital platform. On Monday (March 18), the company announced a partnership with Coca Cola, Heineken, and Maserati.

Huang believes that sales of co-branded products are much higher than general commodities. In the future, Huang said the company will cooperate with famous stores and famous brands to expand different types of compound stores.

7-Eleven currently has 1,234 specialty stores in Taiwan and that number is expected to reach 1,500 by the end of this year.