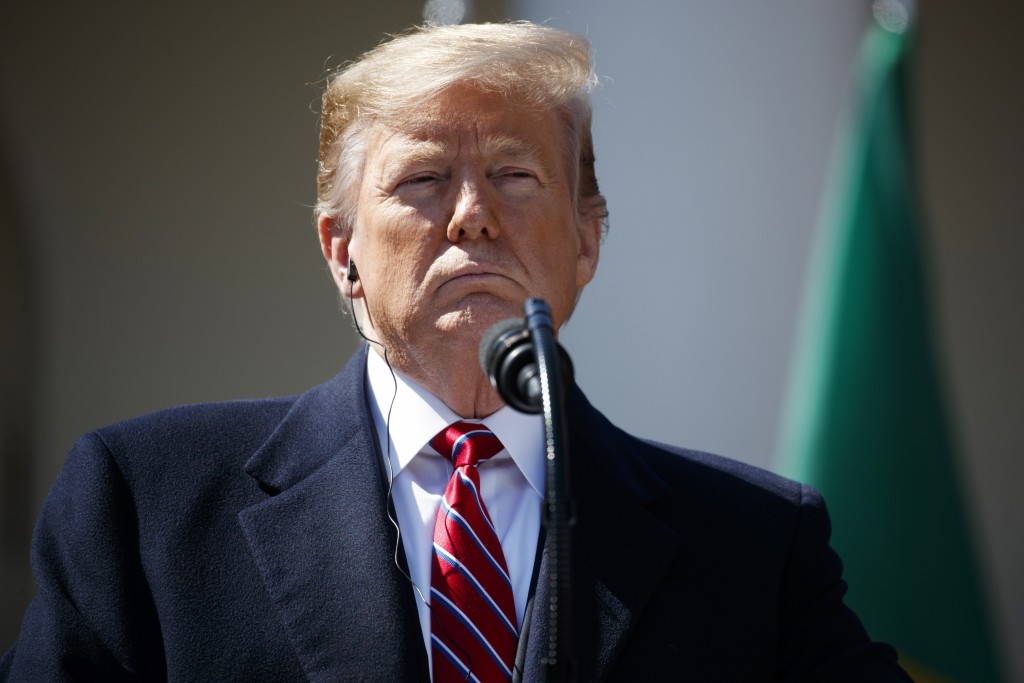 WASHINGTON (AP) — Barreling into an awkward public fight with the spouse of a top aide, President Donald Trump targeted Kellyanne Conway's husband on Twitter on Tuesday after the attorney repeatedly questioned the president's mental health.

Trump labeled George Conway as "A total loser!" The attorney has become a vocal critic of Trump despite his wife's high-profile White House role.

Trump also retweeted a message from his campaign manager claiming the president didn't know George Conway. But George Conway told The Washington Post that he had had a number of conversations with Trump over the past decade. He described Trump's presidency as "maddening to watch" and said he tweets "so I don't end up screaming" at his wife about the president.

A campaign official said that Trump has met countless people and that it was unclear if Trump would recognize George Conway if he approached him. The White House did not respond to a request for comment.

Her husband, by contrast, early on took himself out of consideration for a job with the Justice Department, citing family considerations. Since then, the attorney has become a frequent critic of Trump. His posts over the weekend were particularly pointed, arguing, "Americans should be thinking seriously (asterisk)now(asterisk) about Trump's mental condition and psychological state."

Asked Monday if she agreed with her husband's assessment, Kellyanne Conway said: "No, I don't share those concerns."

Washington author and hostess Sally Quinn said she chatted about the situation with Kellyanne Conway and several other writers at a recent party.

"She kept saying she couldn't understand why people wanted to talk about it," Quinn said. "I said it's a good story."

"People often will compare it to Mary Matalin and James Carville," she said, referring to the married political consultants from opposing parties. But she said it was not the same. "What they disagreed on was policy. I think this is a totally different situation. This is about morals and values and ethics."