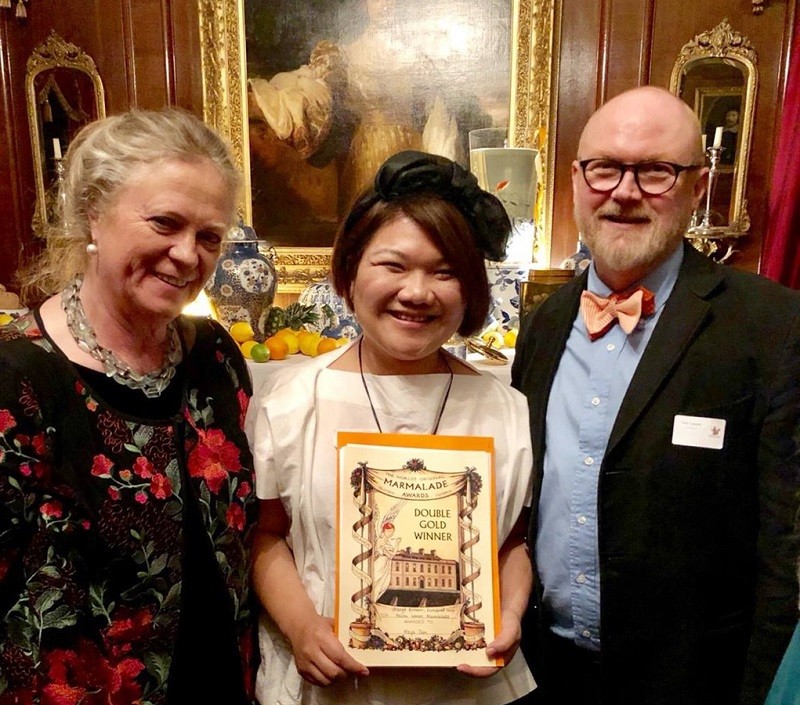 “These quirky awards were founded in 2005 by Jane Hasell-McCosh with the initial idea of preserving, growing and widening one of the most British of customs – making marmalade,” a statement on the Marmalade Awards’ official website read.

Her marmalades had to compete among 3,500 jars of marmalades from 40 countries, CNA reported.

Ke, who participated in the prestigious marmalade competition for the first time, is the first contender from Taiwan to have won the coveted Double Gold recognition, the news outlet said. .

Ke said that two other marmalades from the Netherlands and Syria also won the Double Gold, but only her Orange Blossom, Kumquat & Yellow Lemon Marmalade received full marks, 20 points, according to CNA.

According to the organizer of the Marmalade Awards, the Double Gold winners and selected Gold winners will be sold at Fortnum & Mason in their famous Piccadilly Store.

The award winning jam expert has insisted on making different kinds of jam from different fruits grown in Taiwan, and her winning the prestigious awards has put a spotlight on some of Taiwan's fruits used in her jam, including Yilan County's kumquat.