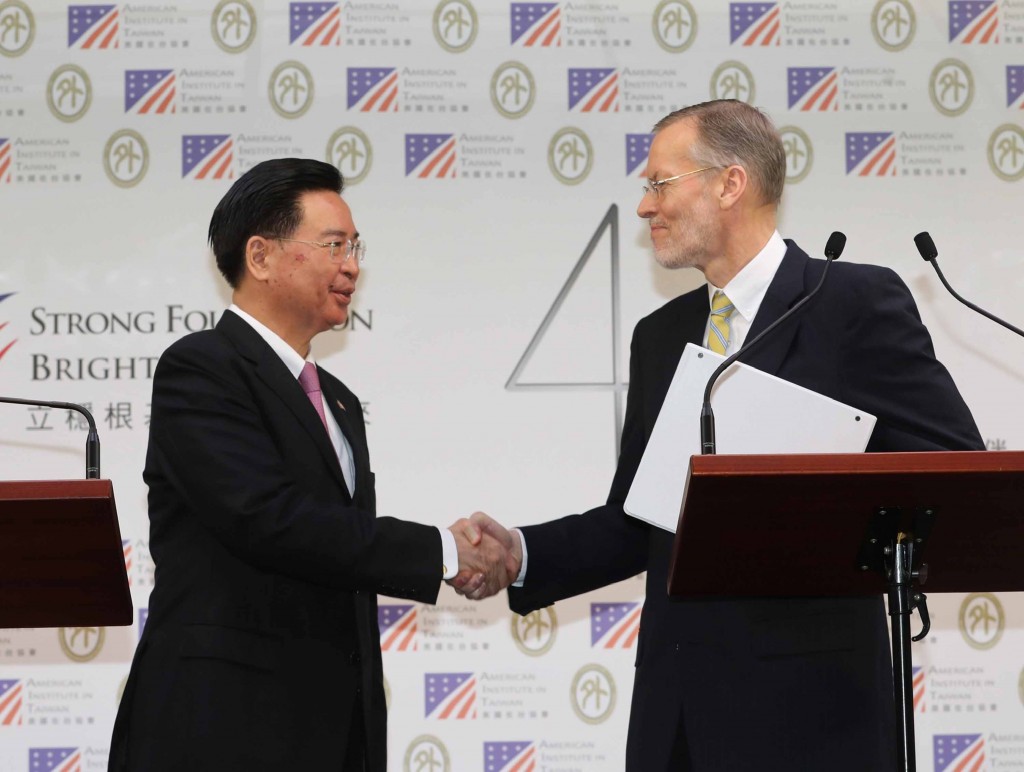 TAIPEI (Taiwan News) — A Taiwan-U.S. initiative aimed at promoting democratic governance in the region was announced Tuesday in Taipei at a joint press conference hosted by Foreign Minister Joseph Wu (吳釗燮) and Director of the American Institute in Taiwan (AIT) Brent Christensen.

The Indo-Pacific Democratic Governance Consultations should not be interpreted as an initiative seeking to provoke Beijing, said Christensen. “The China factor should be a separate issue,” he emphasized.

Following a religious freedom forum held last week in Taipei, Taiwan and the United States have once again put up a cooperative mechanism, with little notice prior to the Tuesday press conference, potentially upsetting the other side of the Taiwan Strait, where democratic values and fundamental rights are normally considered lacking.

According to the director, the new dialogue will serve as a regular occasion for the United States and Taiwan to explore ways to increase their cooperation and pursuit joint projects in the region.

“It also provides a platform to demonstrate Taiwan’s values in the region as a democratic society and a democratic model for the region,” added Christensen.

Whether the consultations will be represented by ministerial-level officials from both the Taiwan and U.S. government, a move that will likely anger Beijing, is still unknown. However, the director hinted that the U.S. representatives will be at “a very senior level.”

Christensen also revealed that the U.S. delegation for the first consultations, scheduled in September in Taipei, will be led by a senior official from the Bureau of Democracy, Human Rights, and Labor of the U.S. Department of State.

The forum will be held annually and in rotation by the Taiwanese authorities and their American counterparts in either Taipei or Washington D.C.

The imitative “marks an important milestone for Taiwan-U.S. cooperation on promoting our shared values of democracy and freedom,” said Wu.

“It also highlights that Taiwan is an ideal ally for the United States in the pursuit of a free and open Indo-Pacific region,” added Wu, referring to a focus of the Trump administration’s foreign policy.

Despite not having diplomatic ties, Taiwan and the United States have maintained a close relationship over the years on the basis of the Taiwan Relations Act (TRA), which was signed into law by U.S. President Jimmy Carter four decades ago.

A series of events commemorating the 40th year anniversary of the legislation will be organized by both AIT and MOFA in the following months, including a dinner in mid-April at the AIT’s new office compound.