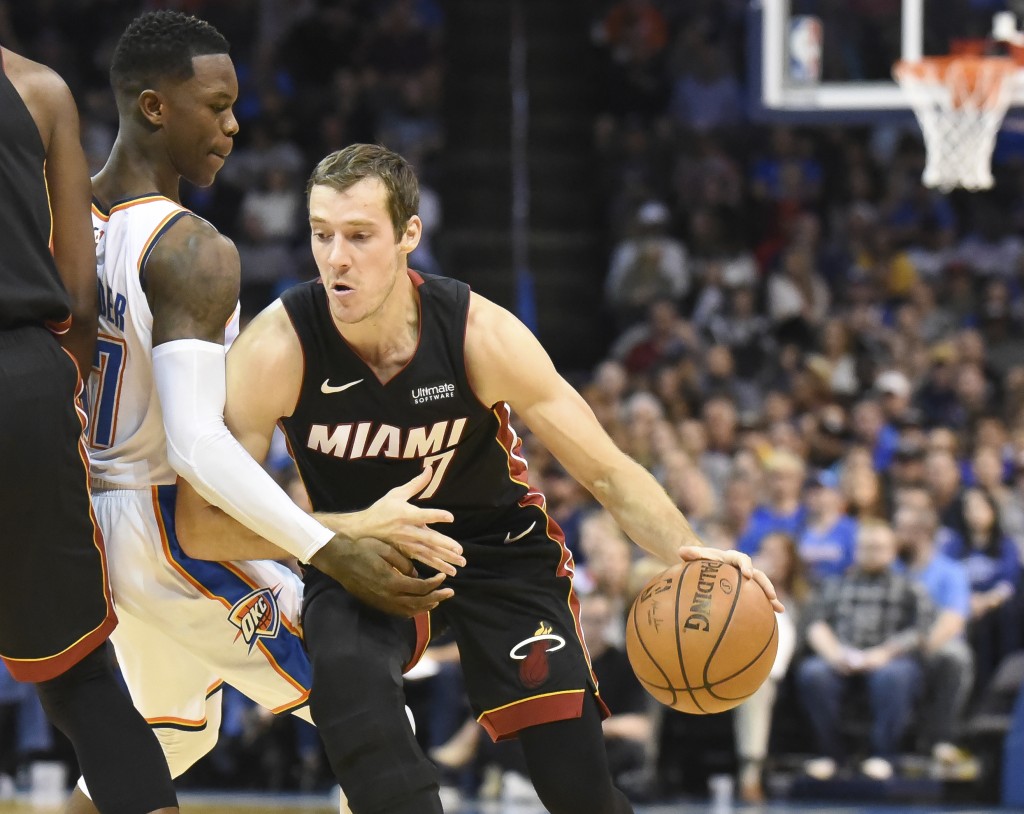 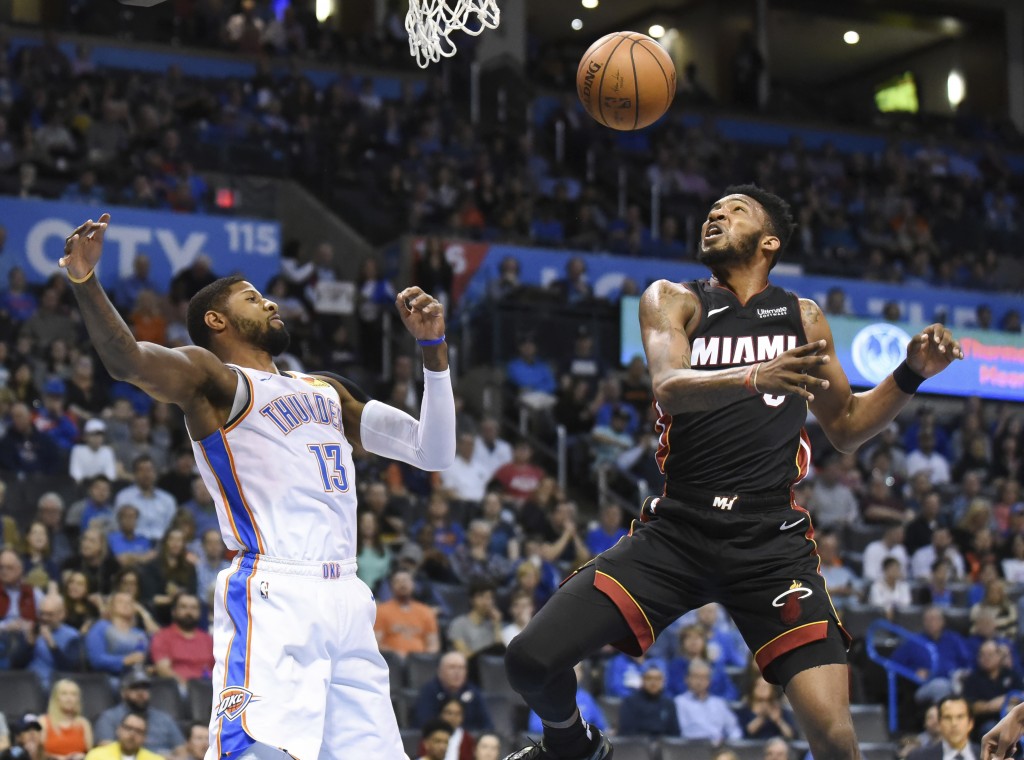 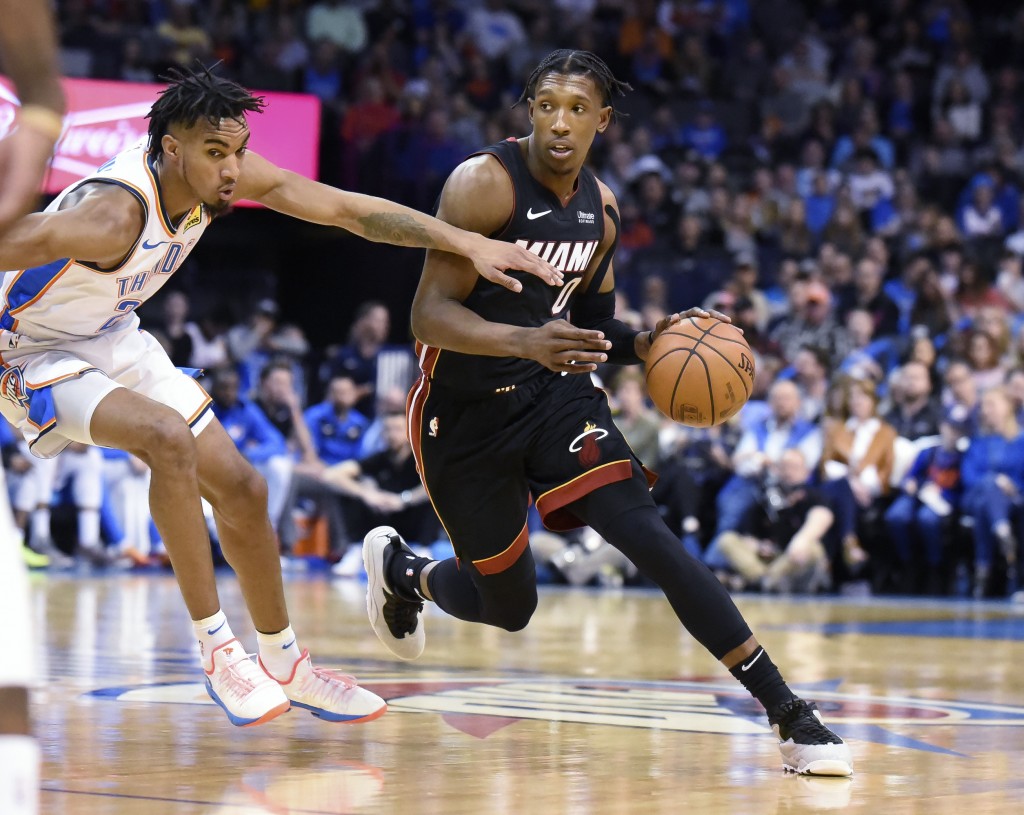 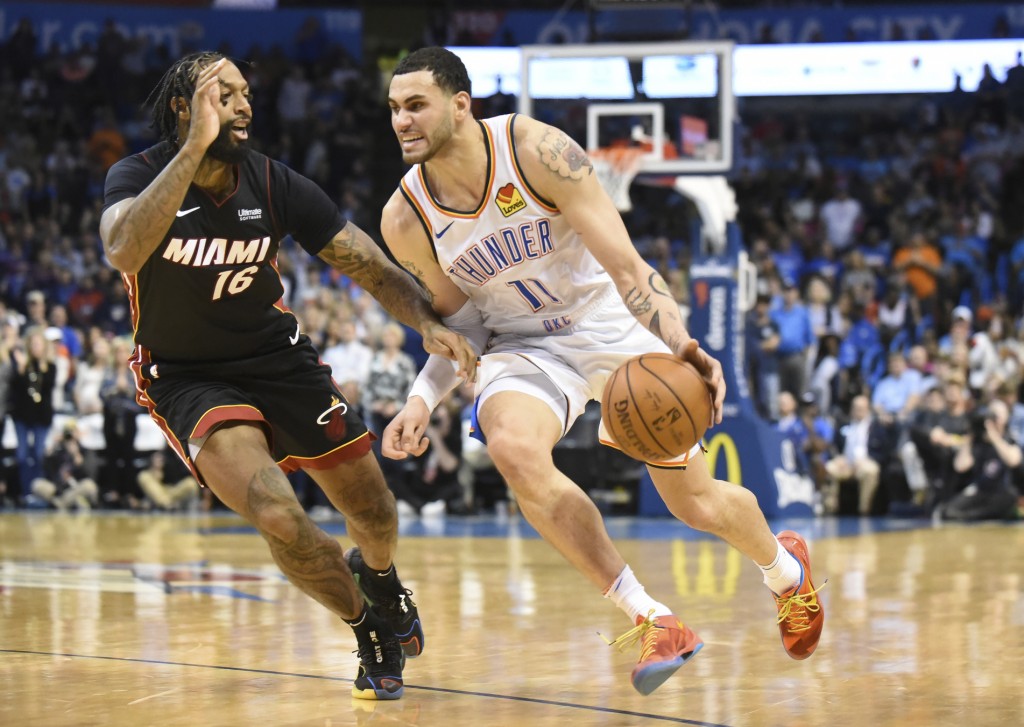 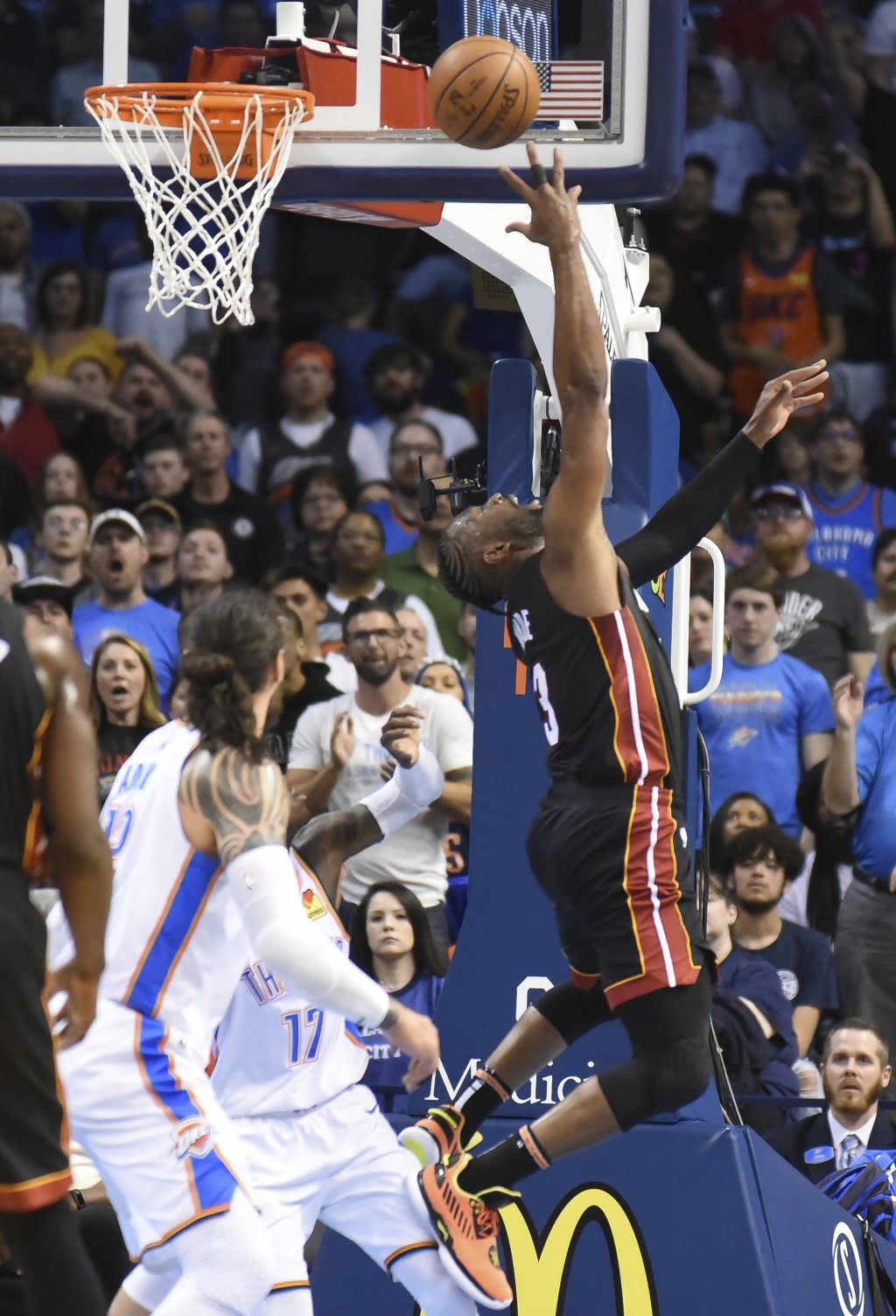 Kelly Olynyk added 18 points and nine rebounds for Miami, which entered the game in eighth place in the Eastern Conference. The Heat snapped a six-game losing streak against Oklahoma City, which now has lost nine of its last 13 games to fall to sixth in the Western Conference.

Paul George scored 31 points with nine rebounds and Jerami Grant had 27 points and 10 rebounds for Oklahoma City. Dennis Schroder, who started in Westbrook's place, scored 20 points. Steven Adams had 10 points and 12 rebounds but was limited by foul trouble to 25 minutes.

Westbrook picked up his NBA-leading 16th technical foul in a loss to Golden State on Saturday, earning himself an automatic one-game suspension at a pivotal time for his team. He was not with the team on Monday and thus not inside Chesapeake Energy Arena to watch the Thunder struggle, shooting 43.7 percent and committing 19 turnovers.

Without Schroder running the second unit, Oklahoma City's bench lacked scoring punch and it showed, as Miami's reserves outscored the Thunder's 67-10. Dragic and Wade both came off the bench for the Heat, and reserve James Johnson had 14 points.

The first half featured wild swings. The Thunder led 13-0 after the Heat missed their first eight shots, but a 17-0 run by Miami's reserves put the Heat ahead before the end of the first quarter. The Heat led 41-29 with 8:12 left in the second quarter, but Oklahoma City pulled within 58-55 by halftime.

Heat: Justise Winslow missed his second straight game with a right thigh bruise suffered Friday against Milwaukee, while Rodney McGruder sat out with left knee soreness. ... Former Thunder player Dion Waiters received louder-than-usual applause as starting lineups were introduced, but Wade received a standing ovation when he entered four minutes into the game. ... Wade's 674 career points vs. the Thunder is his second-highest total against a Western Conference foe, behind only Portland (699).

Thunder: Westbrook could earn another one-game suspension for every two technical fouls the rest of the regular season. He's now missed nine games this season because of injury or suspension. ... Backup C Nerlens Noel didn't play because of a left quad contusion. ... Markieff Morris picked up a technical foul with 1:40 left in the third quarter.

Heat: Continue their four-game trip on Wednesday in San Antonio.

Thunder: Host Toronto on Wednesday before visiting the Raptors on Friday.