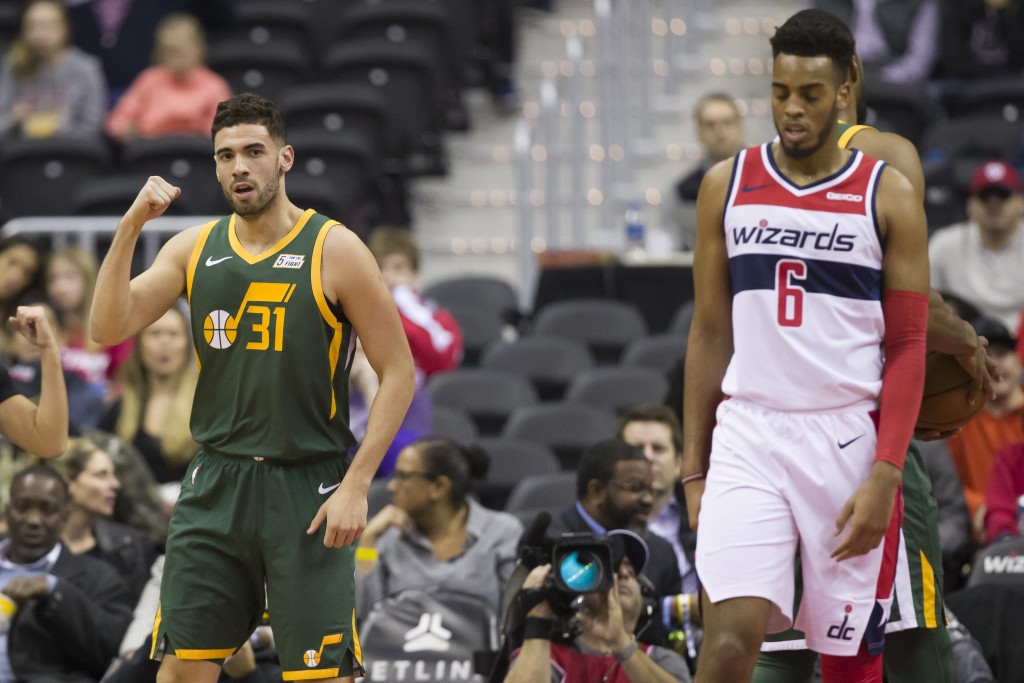 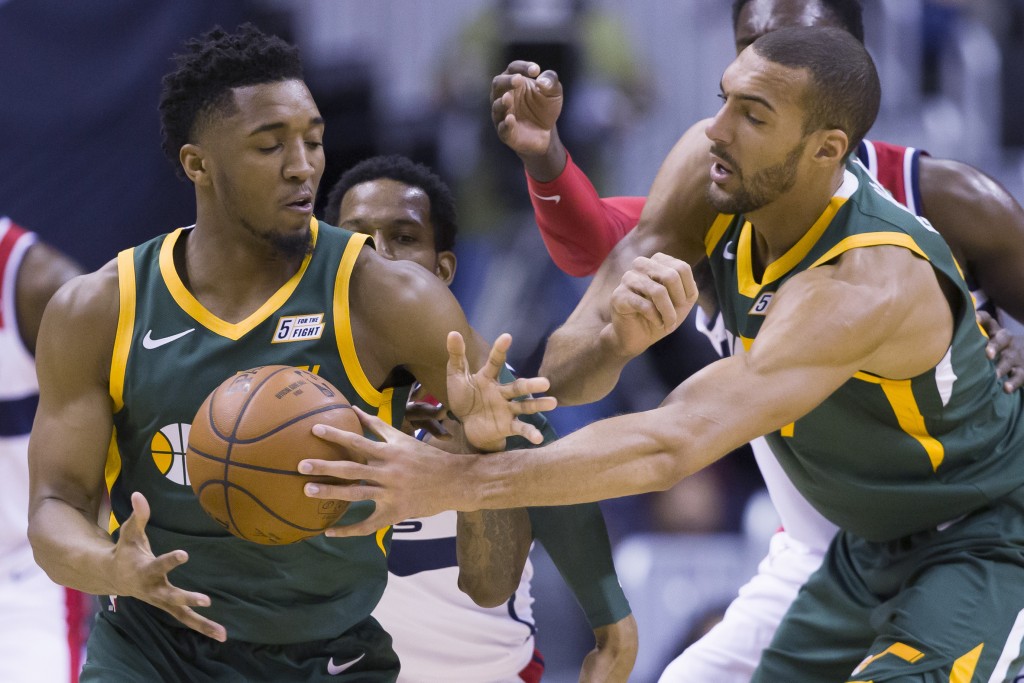 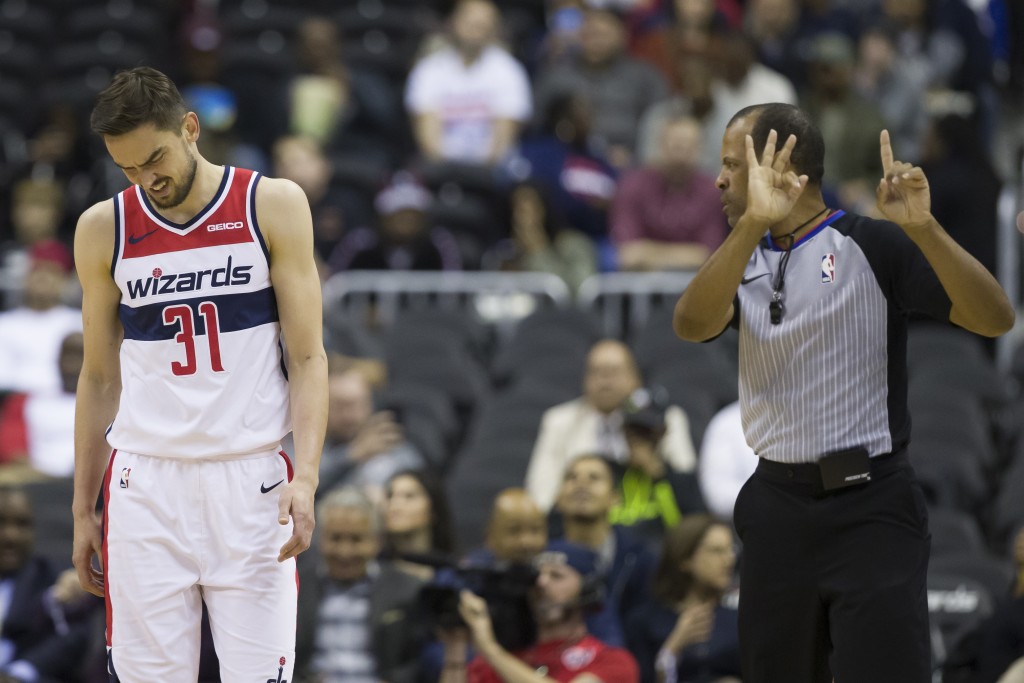 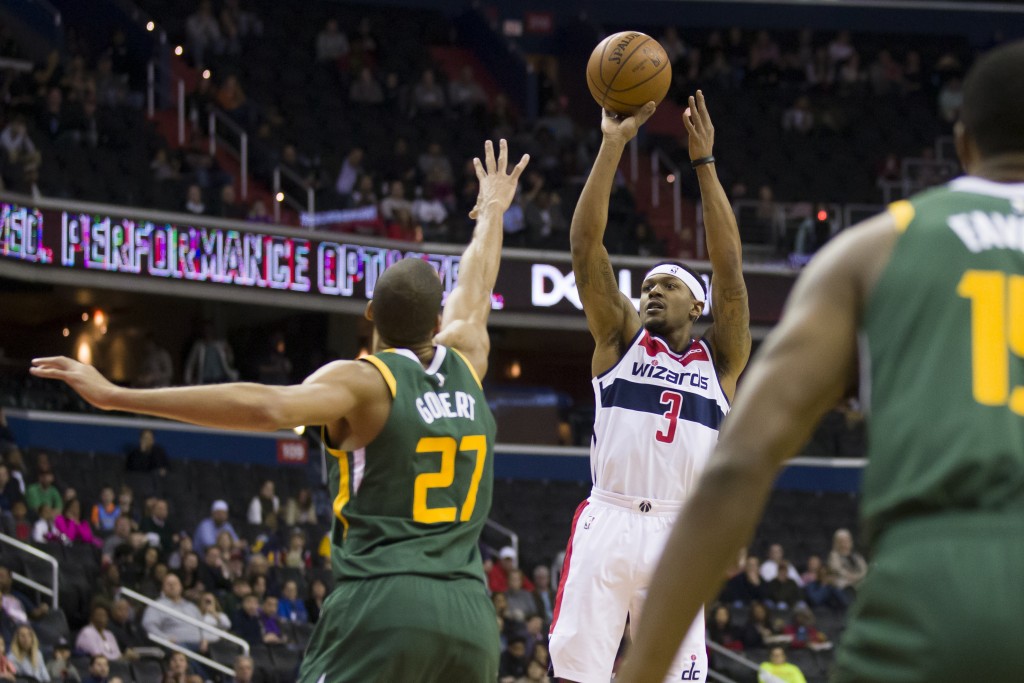 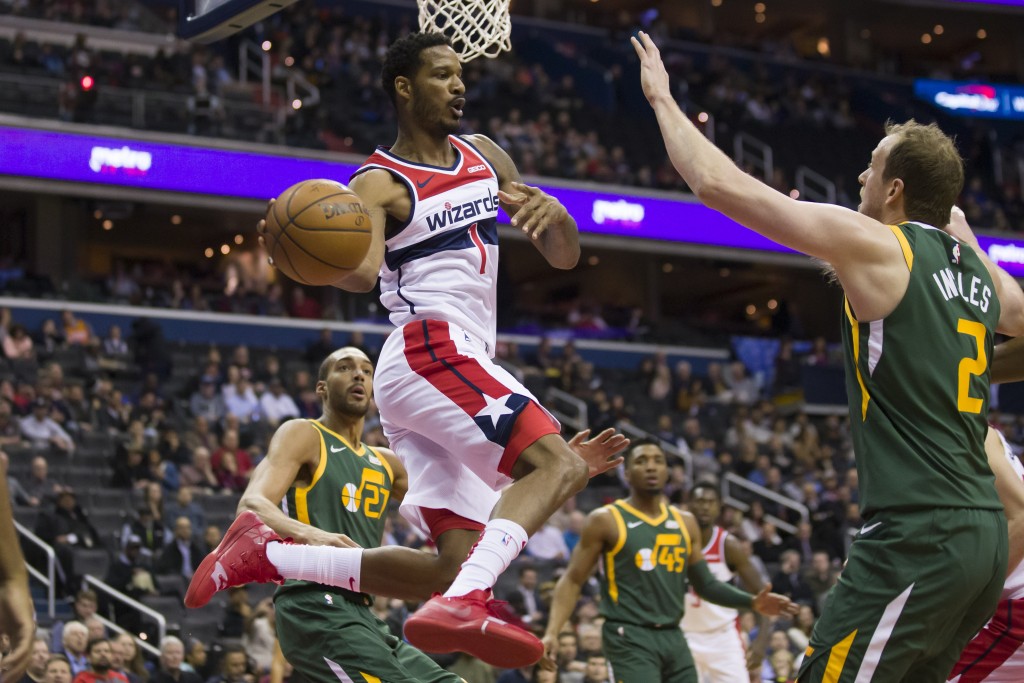 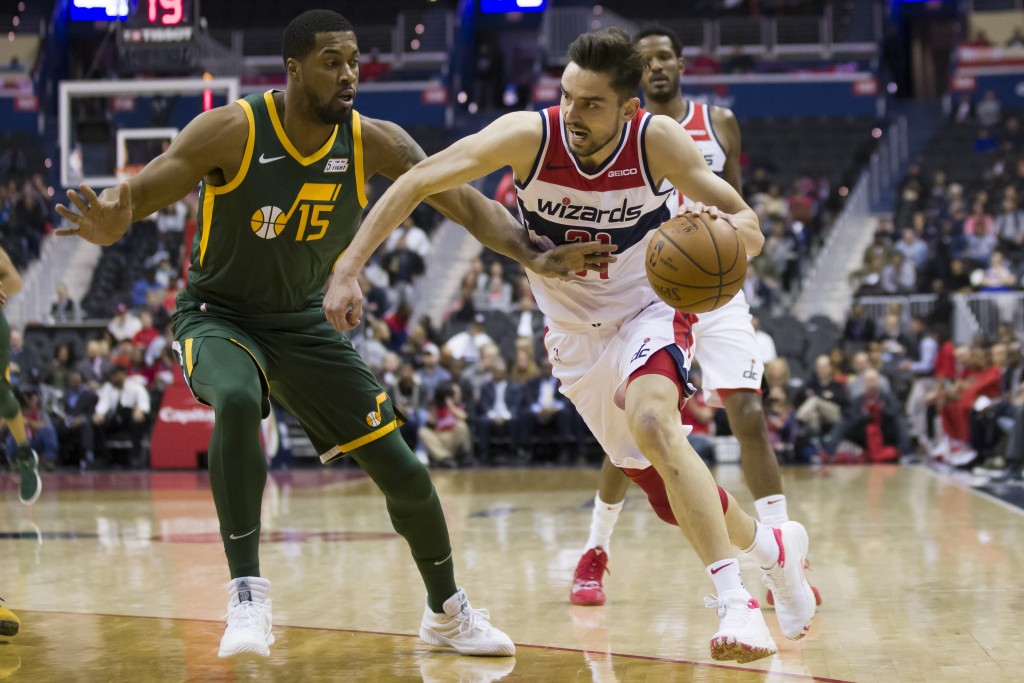 Gobert, the reigning Western Conference Player of the Week, was perfect from the field (6 of 6) for Utah, which started the night seventh in the West, one-half game behind San Antonio.

Jae Crowder had 18 points while Joe Ingles had 16 points as the Jazz began a four-game trip by defeating Washington for the sixth straight time. Kyle Korver added 10 points off the bench, and Ricky Rubio had eight points and 10 assists.

Jabari Parker led Washington with 19 points and Bradley Beal added 15 on just 4-of-12 shooting as the Wizards wrapped up a five-game homestand at 3-2. Beal had scored 40 points in each of the previous two games.

Washington began the night 11th in the Eastern Conference, 3½ games behind eighth-place Miami.

Washington closed within nine points on three occasions in the third quarter before Utah pushed its lead to 16 with a 7-0 run. The Jazz led by as many as 24 toward the end of the quarter, going ahead 89-65 on Crowder's putback dunk.

Utah had a late 9-0 run to take a 57-45 lead into halftime. Ingles led the Jazz with 11 points in the first half, connecting on three 3-pointers as Utah shot 53 percent from the field. Gobert had ten rebounds in the first half.

Beal missed his first three shots and managed just five points in the first half.

Jazz: Gobert joined Mitchell on Monday as the second Utah to player to earn Western Conference Player of the Week honors this season. ... Gobert had his 55th double-double of the season. ... Thabo Sefolosha returned after missing Saturday's game against the Nets with left hamstring tightness and had six points in 12 minutes. ... Dante Exum missed his second straight game after partially tearing his right patellar tendon on March 14 against the Timberwolves.

Wizards: Beal earned his second Eastern Conference Player of the Week award on Monday. ... Have lost three straight at home to Utah. ... Coach Scott Brooks picked up a technical foul in the second quarter.

Wizards: At Chicago on Wednesday.