On Saturday, a public hearing on the results of the first and second phases of a survey on air pollution was held by the Taichung Environmental Protection Bureau at Chung Shan Medical University. Liaw Yung- po (廖勇柏), a professor at the university, said that although the city of Taichung did not exceed standards for PM2.5 and carcinogens, there are seven districts which were found to have concentrations of eight carcinogens so high, that just inhaling the air would put residents at a higher risk.

The issue of air pollution in Taichung has attracted much attention in recent years. In addition to the dismantling of intermediate load power plants, citizens have been curious about how Taichung Mayor Lu Shiow-yen (盧秀燕) would improve the air quality in the city.

However, the results of the latest survey have caused panic among residents of the seven Taichung districts. The study focuses on the exposure to air pollution by residents around the Taichung Power Plant, Dragon Steel Co., Ltd., and Central Taiwan Science Park.

Although the study found that much of Taichung City did not exceed PM2.5 and carcinogen standards, the following seven districts had high concentrations of carcinogens: Longjing, Situn, Dadu, Daya, Cingshuei, Houli, and Wuci.

At the hearing, Liaw then explained that the eight first-level airborne carcinogens included arsenic, cadmium, nickel, and dioxin. Liaw said that those who inhale these pollutants may face higher health risks, regardless of the dose, particularly pregnant women, children, the elderly, and sensitive groups.

Liaw, who conducted the research, said that air pollution, PM2.5, and carcinogens inflict great harm on the human body. Liaw said this was not only a local problem but also a "national security issue."

He said that he hoped the government's many ministries should pay more attention to this matter, regardless of blue or green affiliations.

Liaw also suggested that continuous monitoring be carried out. The third phase of the survey will be conducted from the end of this year into next year.

In response to the results of the report, Lu said that it is conceivable that the seven districts could be seriously affected by air pollution, and the health of the city's citizens is threatened. Lu said that now that the report has been published, the city government will begin to deal with it.

Lu emphasized that the solution to the problem of air pollution is to thoroughly eradicate its source. Therefore, the Taichung City Government will continue to advocate that some old intermediate load power plants be decommissioned and repurposed much like plans for Fourth Nuclear Power Plant (核四). 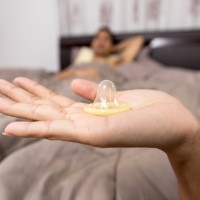 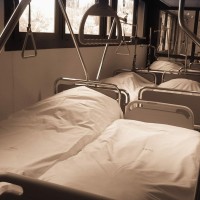