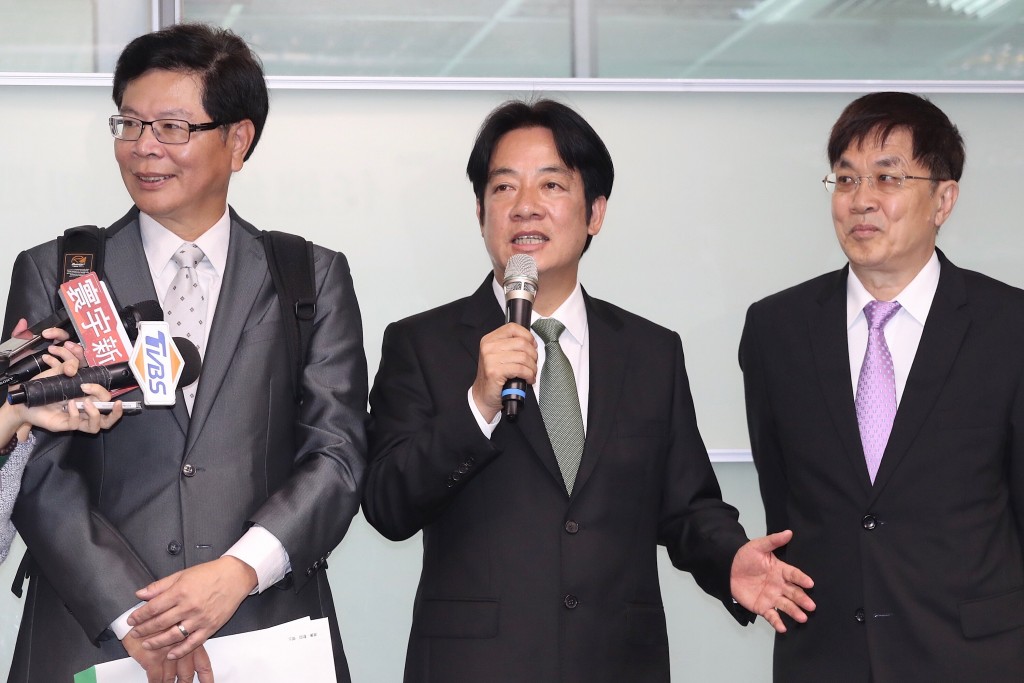 Lai marked his intention to register this morning (Monday, March 18) when an associate collected an application form on his behalf. He will now participate in party primaries after submitting his application to the Democratic Progressive Party (DPP) this afternoon.

Lai stated one of his main motives is to fight for the chance to defend Taiwan from Chinese annexation, CNA reports. He said he will use his platform in the primaries, and in the presidential election, to increase awareness of Taiwan’s plight.

Last year’s nine-in-one elections resulted in a crushing defeat for the DPP, who lost seven mayoral and municipal seats to the Kuomintang (KMT). Lai resigned as premier in January as a sign of political responsibility.

Today, Lai reiterated that Chinese President Xi Jinping is actively promoting the annexation of Taiwan via “Xi’s five points” and has openly declared the 1992 Consensus to be the “One China Principle,” rather than an acknowledgment that different interpretations of “China” exist.

Despite continued pressure from Beijing that has left Taiwan in a particularly unfavorable situation, the Kuomintang (KMT) wishes to implement a cross-strait peace agreement, said Lai, but the bloody lessons learned from Tibet show a peace accord will not prevent annexation.

Lai said Taiwan is a sovereign, independent nation and must maintain freedom and democracy. Taiwan cannot become the second Hong Kong or Tibet, he added.

The DPP is in a much bigger quandary now than it was in 2008, said Lai, and the grassroots level is worried about the presidential election. Last year marked the first time the DPP suffered such a large loss, he said, and another election defeat will not only diminish the party’s political power, but cause an unprecedented crisis for Taiwan’s sovereign and democratic rights.

Lai said there were many voices urging him to take responsibility for what happened last year, and after careful thinking, he decided to step up to face the party’s mistakes and defend the country.

After stepping down as premier, he returned to Tainan to enjoy a simple life but was called by DPP Chairman Cho Jung-tai (卓榮泰) to return to politics prior to this year’s legislative by-elections, CNA reports.

Lai made his final decision to run over the past two days, according to CNA, and consulted with his wife prior to announcing his candidacy.

President Tsai Ing-wen confirmed in a February interview with CNN that she would also stand for re-election. Lai said that this would not mean a crisis of unity for the DPP, and that he would resolutely support the president if she won the primary.

This is the spirit of democracy, he stated.