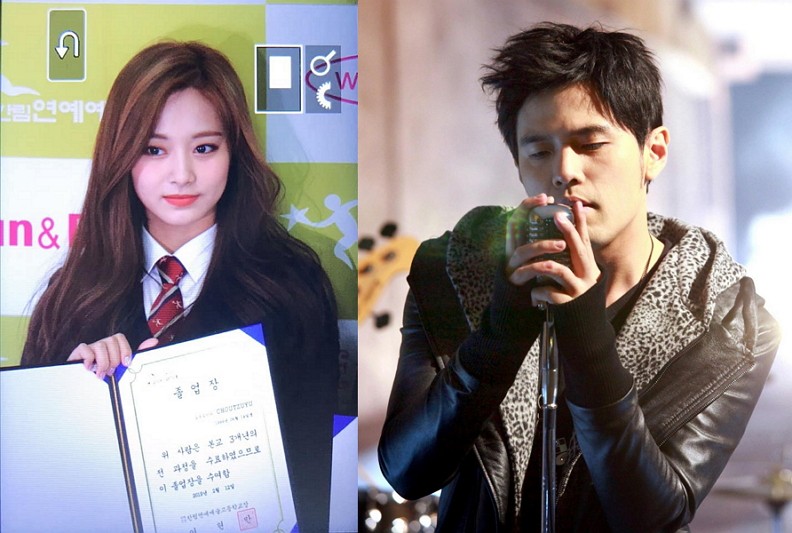 The Ministry of Foreign Affairs (MOFA) demanded Saturday that the organizer of an event correct the references of several Taiwanese entertainers on TC Candler's annual list of the 100 most beautiful and handsome faces for the Asia-Pacific and China regions as Chinese.

MOFA said the reference of Taiwanese as Chinese seriously estranges relations and deepens animosity between the two sides of the Taiwan Strait.

Taiwan's Chou Tzu-yu (周子瑜), a singer and a member of the South Korean girl group TWICE, pop singer and musician Jay Chou (周杰倫) and actor Eddie Peng (彭于晏) were named in online voting for the 100 most beautiful and handsome faces list created by TC Candler,

However, China's five-star red flag was shown on the right-hand corner of their photos posted on the British independent professional film critic's instagram.

MOFA said that after it was informed of the matter in late February, it instructed its representative office in the United Kingdom to investigate the issue.

In response, TC Candler expressed support for Taiwan's use of its own flag for the 100 most beautiful Asian faces competition, but pointed out that Chinese company LikeTCCAsia won the right to host the voting activity in Asia, according to MOFA.

The ministry directed Taiwan's relevant overseas representative offices to contact the company to express the government's stern stance over the issue and demand a correction.

There was no response from the company to the demand.

MOFA said that the move by either China's government or the private company to refer to Taiwanese as Chinese and to place China's flag on the pictures has "deeply hurt the Taiwanese people's feelings" and will exacerbate cross-Taiwan Strait relations.

It called on Taiwan's people to condemn the move by the Chinese side, stressing that Taiwan is a democratic country and is not a part of the People's Republic of China.

The ministry said it will continue to monitor other situations in which Taiwan's status is denigrated and will demand corrections to ensure the rights of Taiwan's people and the country's national dignity.

It also called on the international community to recognize Taiwan's independent sovereignty.