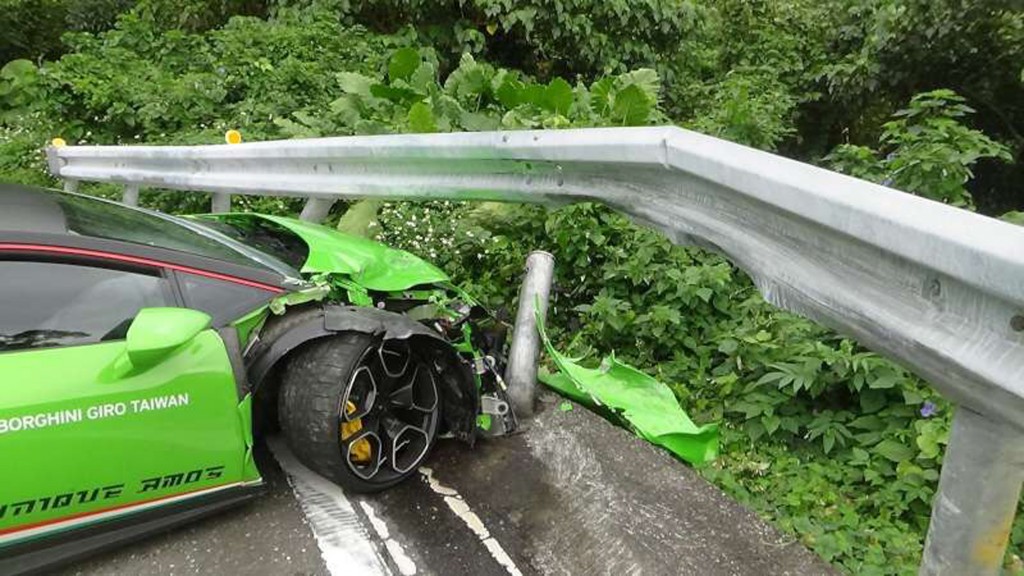 TAIPEI (Taiwan News) - After crashing a Lamborghini costing NT$12.58 million (US$407,500), the driver who had rented the car said it would have to be written off completely.

The driver, surnamed Cheng (鄭), was traveling from Yilan County to Taipei City at 8 a.m. Saturday when he missed a bend in the road and crashed against a rail, the Apple Daily reported.

The grass-green Huracan RWD Coupe saw its front section severely damaged, with shards of metal landing on the other side of the railing.

Nobody was injured in the accident, and Cheng tested negative for alcohol, according to the Apple Daily.

After the crash, the car would only be worth about NT$6 million, so there would be no need for repairs and it would be better to scrap the car altogether, Cheng reportedly said.