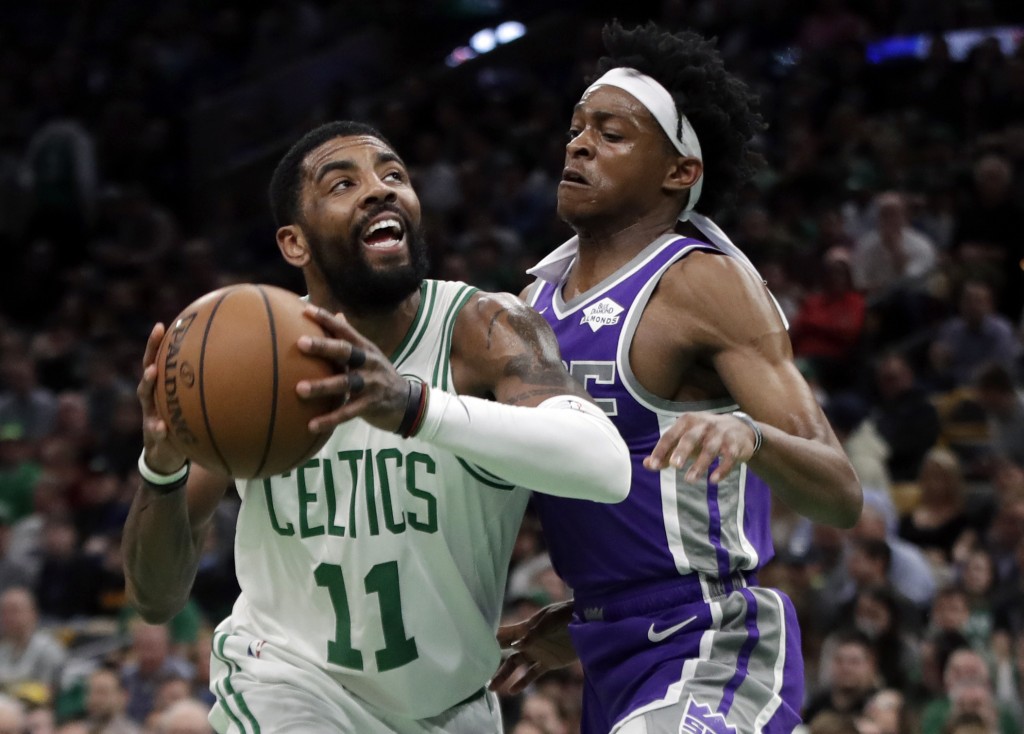 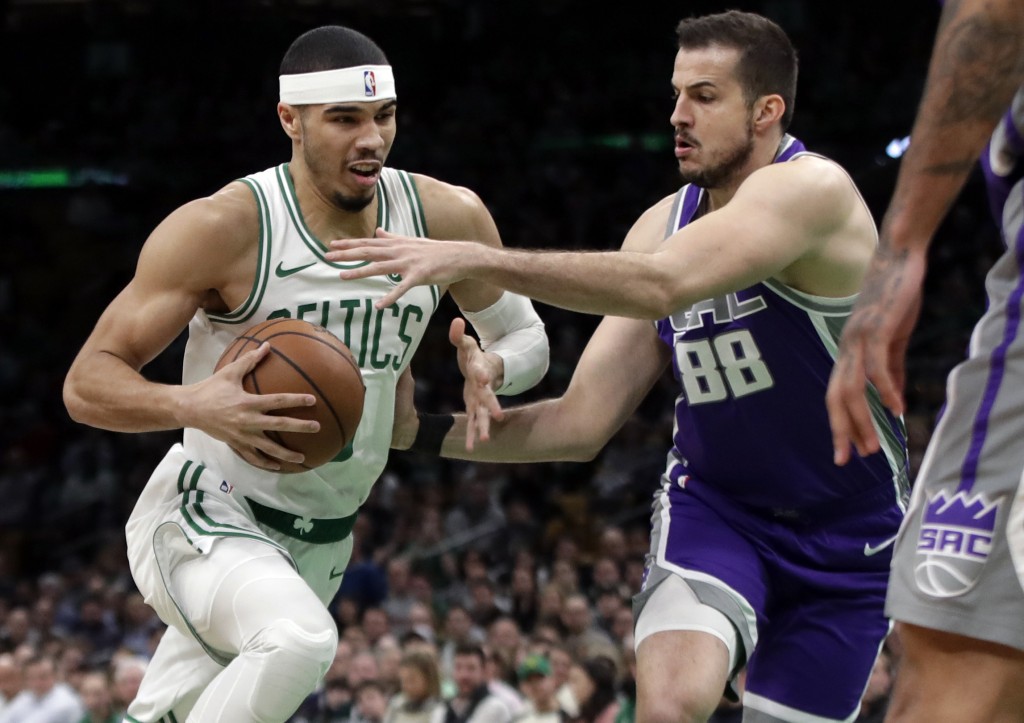 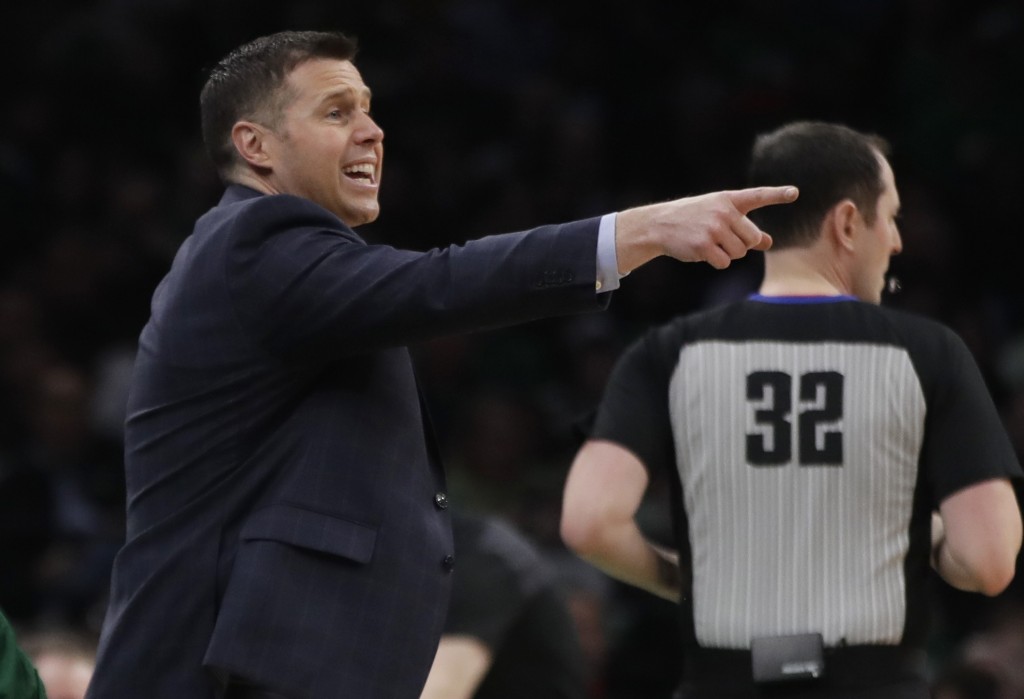 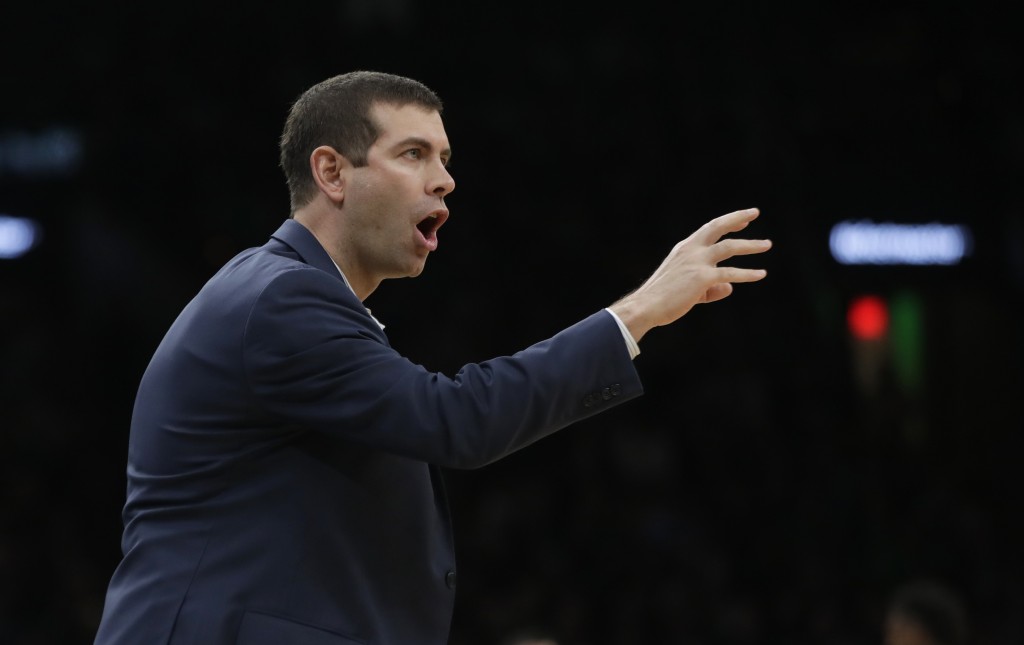 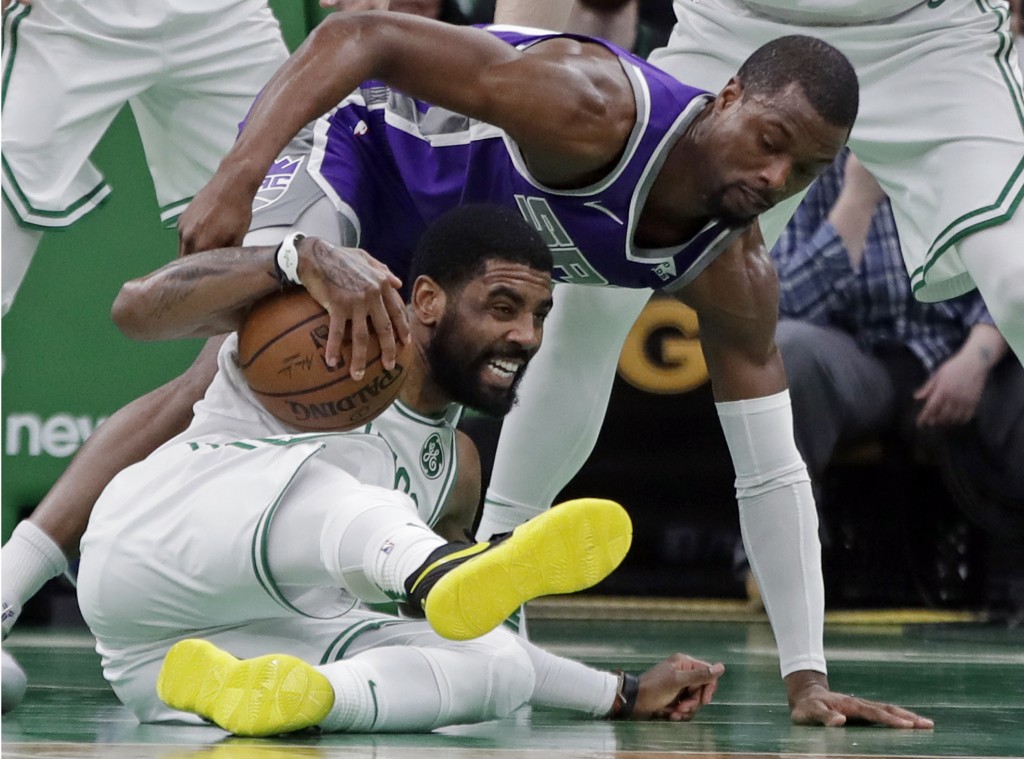 It was Irving's second career triple-double. His first was with Cleveland on Feb. 28, 2014, against Utah.

It was Boston's second victory over Sacramento in eight days, and the Celtics' fourth win in five games overall.

Buddy Hield led Sacramento with 34 points. Harrison Barnes added 20, and De'Aaron Fox had 19 points, nine assists and seven rounds as the Kings lost for the 11th straight time in Boston.

The Kings have dropped 13 of 17 road games as their hopes of catching the Clippers for the Western Conference's final playoff spot fade.

Sacramento had split the first two games of its four-game trip. The Kings were hoping for a boost with rookie Marvin Bagley III returning after spraining his left knee in a home loss to Milwaukee on Feb. 27 and missing five games.

He played only 10 minutes in the first half but had 10 points to help the Kings build a 17-point lead. He finished with 14 points and six rebounds.

The Celtics returned home on the mend following a 3-1 West Coast trip.

Jayson Tatum was back in the starting lineup after missing a game with right shoulder soreness. Smart was battling a cold but also started. Meanwhile, Terry Rozier and Daniel Theis both sat out with illnesses.

It had its effect. Despite playing on two days' rest, the Celtics were slow on switches on defense and relied on jump shots early. They stayed close thanks in large part to Irving's 19 first-half points.

Boston was much more energetic in the third quarter, opening on a 9-2 run to take its first lead since early in the first quarter.

Sacramento led 89-79 with less than three minutes to play in the period before a 3 by Irving and three straight 3-pointers by Brown put the Celtics back in front.

Boston led by as many as 13 in the fourth quarter.

Celtics: Irving is the first Celtics player to record 30-plus points and a triple-double in the same game since Rajon Rondo on Feb. 12, 2012, against the Bulls. ... Boston shot 39 percent (10 for 26) in the field in the first quarter and 1 for 12 from the 3-point line in the first half.

The Celtics were sluggish in the first quarter for the second straight game. Boston missed eight of its first 10 shots as the Kings sprinted out to a 17-6 lead.

And much like in its 25-point loss against the Clippers on Monday, Sacramento was able to rack up easy transition baskets.