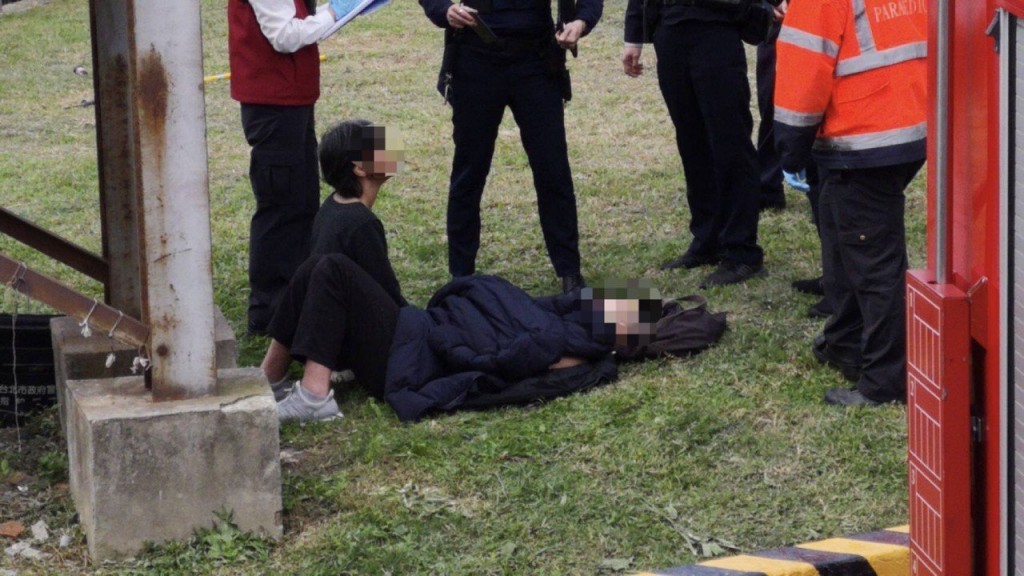 TAIPEI (Taiwan News) -- The body of a female Tamkang University student was found lying facedown in a ditch in a riverside park in Taipei's Shilin District this morning, and a drunk 16-year-old boy was seen sprawled in a nearby field in a highly intoxicated state, reports Liberty Times.

A 16-year-old boy surnamed Yuan (袁) had been missing from his home for several days. When his mother went to search for him, she found him passed out in a riverside park under Bailing Bridge in Taipei's Shilin District.

When his mother approached Yuan, she found several beer cans discarded by his side. As she prepared to help him on his feet to head back home, she was suddenly shocked to see a corpse floating in a ditch several meters away.

She immediately called the police and when they arrived on the scene, they were able to identify her as a 25-year-old woman surnamed Wei (魏). Police then notified Wei's relatives in Taoyuan, but because Yuan was heavily drunk and suspected of having taken drugs, they decided to wait until he sobered up to investigate the nature of their relationship and why she had drowned in the ditch. Yuan initially claimed to be 21-years-old. However, after he was taken in for questioning, Yuan admitted that he was actually only 16-years-old, had only graduated from junior high school, and had used his older brother's identity.

Yuan's mother said her son had not returned home for several days because of his "rebellious personality," but she would call every day to check in on him. At 6 a.m. this morning, she received a call from an acquaintance that her son was lying drunk on the grass field in a riverside park and went to deal with the situation immediately.

As she struggled to move her son who had passed out, she noticed a pair of shoes next to a ditch with railing. When she walked toward the shoes, she saw someone lying face down in the water. Startled, she immediately called the police at approximately 9 a.m. When police examined Wei's body on the scene, her corpse was slightly bloated, she was still fully dressed, her shoes had been placed on the side of the ditch, and there were no traces of a struggle on her body.

Police estimated that she had not been dead longer than a day, and although there were no signs of physical trauma on her body, the ditch where she was found was covered in netting, reported UDN. Police said there were openings in the netting which would allow a person to crawl in, but an autopsy will be required to confirm the cause of death.

At the scene of the drowning, when Yuan sobered up slightly, he told police that they were a couple who met in a bar and had gone to the riverside park for drinks.

However, Yuan then passed out again and remained unconscious until he was brought into the Shilin Precinct Police Station. Police are still investigating the relationship between the two students and the cause of Wei's death.

Police said that based on an initial review of surveillance footage, they suspect the two lived together and were seen shopping at a convenience store at 9 p.m. last night. However, officers said there was no surveillance footage of the Danan Pumping station near where Wei had drowned.

This latest incident is the second bizarre occurrence in less than a week involving Tamkang University students. Late Friday evening (March 8), a man disguised as a woman entered a female dormitory at Tamkang University in New Taipei City's Tamsui District and allegedly took photos, using a pinhole camera, of students as they showered and used the restroom.