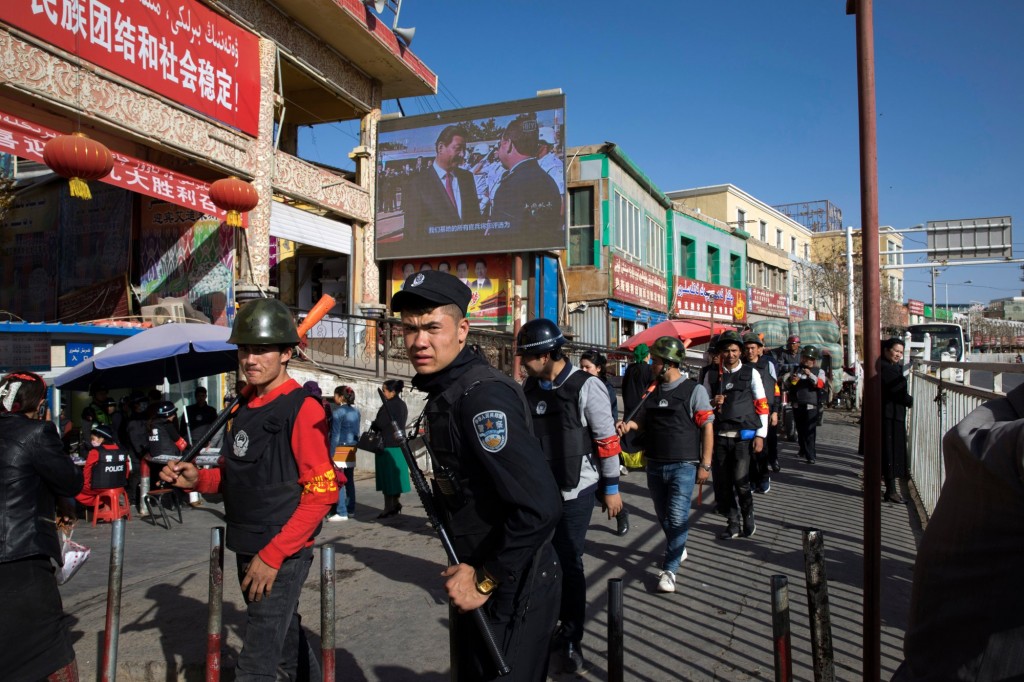 TAIPEI (Taiwan News) — Authorities in China have said they are running “boarding schools” in the Xinjiang Autonomous Region, rather than concentration camps, as has been reported by international news and human rights groups.

Reuters reports the governor of Xinjiang Shohrat Zakir on Tuesday said, “Some international voices say Xinjiang has concentration camps and reeducation camps. These kind of statements are completely fabricated lies, and are extremely absurd.”

“They are the same as boarding schools,” Reuters quotes the official, who also said “attendees” of such “schools” are guaranteed their personal freedoms.

Reports form former camp detainees suggest, on the contrary, that people are imprisoned, crowded into small rooms, and subject to systematic punishment, torture and abuse that includes being forced to eat pork and drink alcohol—a sin for the majority Muslim detainees.

Prisoners are also forced to renounce their religion and swear allegiance to the Communist Party, being force-fed propaganda each day, reports state.

The total number of individuals incarcerated in Xinjiang camps is unknown, but estimates from the United Nations put the figure at 1 million in mid-2018, with U.S. intelligence reports in December indicating around 2 million had passed through camps since April 2017.

Outside of camps, Muslim citizens are having their every move tracked by extensive surveillance networks that combine facial-recognition software with a comprehensive identity database to show when and where individuals are at all times.

Little action has been taken internationally to curb the abuse. U.S. lawmakers put forward motions for the government to levy sanctions against top Chinese officials involved with the detention camps last year, but “no meaningful action” has been taken by Washington since.