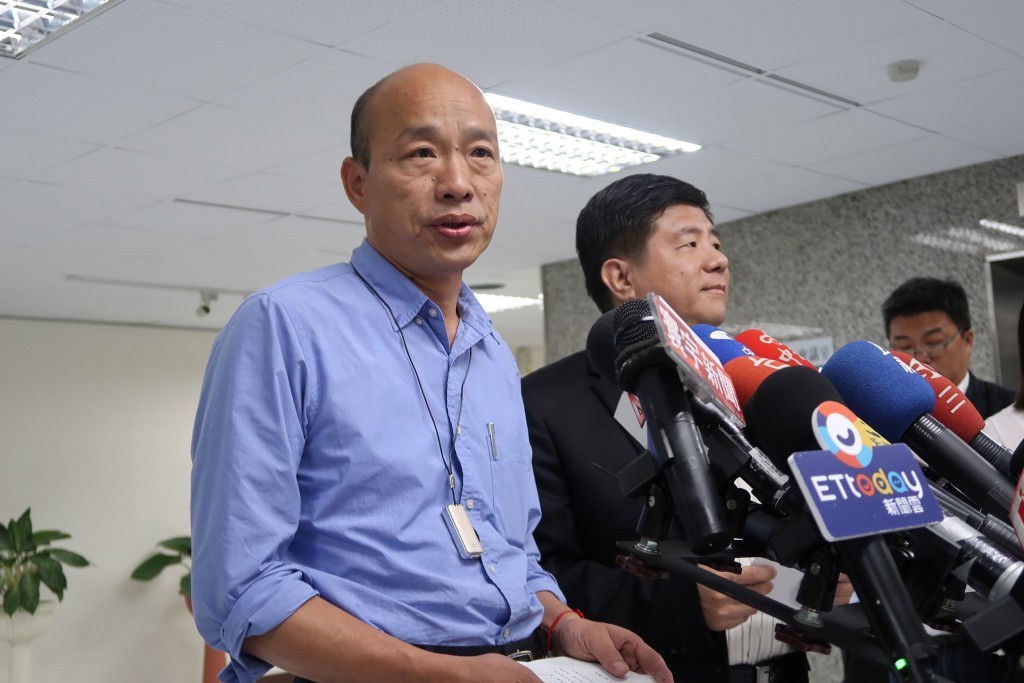 TAIPEI (Taiwan News) -- In response to an ongoing uproar within the Filipino community in Taiwan over Kaohsiung Mayor Han Kuo-yu's (韓國瑜) use of the derogatory term "Maria" to refer to citizens from the Philippines, the Manila Economic and Cultural Office (MECO) called for calm yesterday (March 11).

On Saturday (March 9), Han issued a formal apology for using the term "Marias" (瑪麗亞). Yesterday, MECO Chairman and Resident Representative Angelito T. Banayo issued a statement in which he said, "In light of the honorable mayor's public apology, we fervently hope that the matter would be laid to rest and placed behind us, as we move on towards greater cooperation and stronger friendly relations," reported CNA.

Titled "Let bygones be bygones," the statement read "I wish to extend to Mayor Han our renewed assurances of support towards strengthening ties with the people of Kaohsiung and achieving our common development goals," according to the report.

During a conference in Kaohsiung On Wednesday (March 6), in response to a suggestion to hire English-speaking professionals from the Philippines, Han said, "I believe witnessing ‘Marias’ become teachers would cause a clash in the hearts of the people of Kaohsiung, and Taiwan’s population at large. This is something that needs to be overcome; likely a huge internal conflict." This led to a backlash on Thursday (March 7) among the Filipino community in Taiwan because the term ‘Maria’ is used derogatorily in Taiwan to describe migrants from the Philippines, many of whom are female domestic workers.

During a press conference on Thursday, Han said that his use of the term was not meant to be discriminatory. He said that the challenge is persuading Kaohsiung parents to accept the promotion of bilingual education, and he used the word "Maria" (瑪麗亞) as a metaphor for the response parents would likely have when communicating with them on the subject.

However, Filipinos were still angered for the way he brushed off the subject and did not issue a formal apology. On Saturday, Banayo sent a formal letter to Han expressing his deep regret about the latter’s use of the term “Marias” to describe Filipino workers on the island.

In his letter, Banayo noted the pejorative slant of the term Han used, while defending the Philippines’ potential as a source of English-language teachers.

“We particularly take exception to your use of the term ‘Marias’ in reference to our citizens, a terminology that has earned negative undertones when used to refer to foreign workers,” the representative wrote.

MECO would “uphold and protect their dignity, sacrifice and contribution to national development from impetuous and undeserved labeling,” the Liberty Times quoted the letter as saying.

As the backlash continued unabated among Filipino migrant workers in Taiwan, Han issued a formal written apology on Saturday. In the statement, Han said that he had no intention of disparaging the Filipino people and that it was a misguided joke made in hopes that the Taiwanese talent pool could fully and independently upgrade its foreign language skills, without the need of outside help.

Han said that he apologized for causing "an unpleasant misunderstanding among Filipinos." He added that he looked forward to future cooperation with the Philippines.