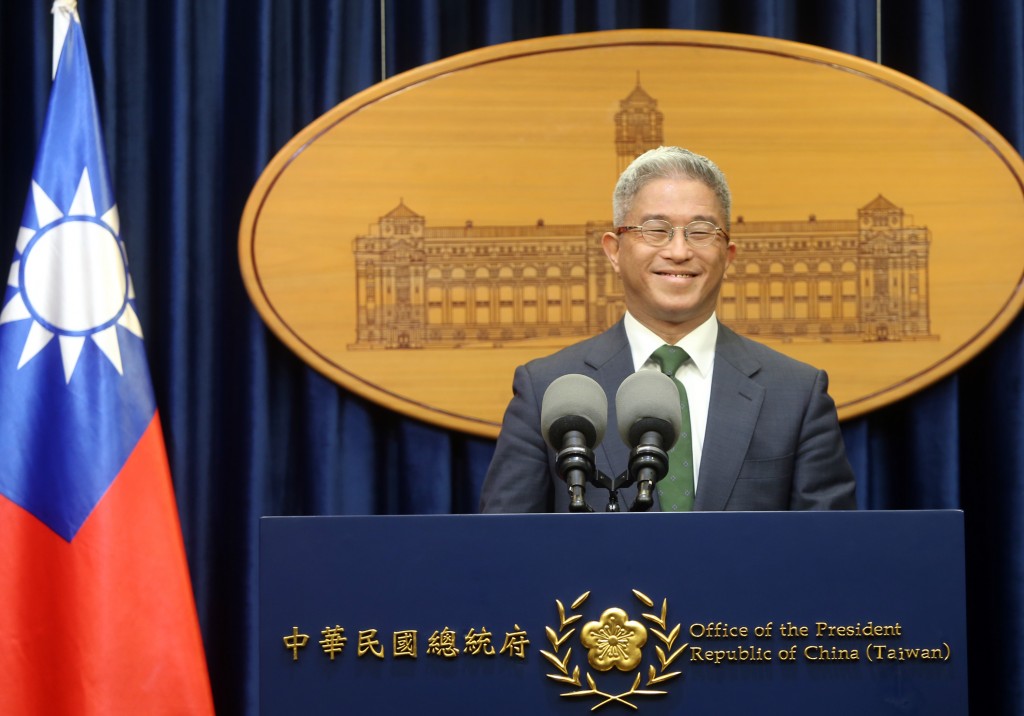 TAIPEI (Taiwan News) — President Tsai Ing-wen (蔡英文) is embarking on the second south Pacific tour of her presidency, traveling to Palau, Nauru, and the Marshall Islands from March 21 to 28.

The ministry is still in the process of arranging stopovers for the eight-day tour, said Deputy Foreign Minister Hsu Szu-chien (徐斯儉) at a press conference held at the Presidential Office on Tuesday. There will be further announcements on the matter, Hsu said.

The state visits will be focused on Palau and Nauru, where President Tsai will meet with President Tommy E. Remengesau, Jr. and Baron Waqa respectively, to exchange ideas about various global issues.

Following the visit to Palau from March 21 to 24 and to Nauru from March 24 to 26, the president will travel to the Marshall Islands to attend the first Pacific Women Leaders’ Coalition Conference (PWLC) upon the invitation extended by Marshallese President Hilda C. Heine. The president will then head back to Taipei on March 28.

President Tsai previously visited the Marshall Islands on her first south Pacific tour in October 2017, along with Tuvalu and the Solomon Islands.

Last month, foreign media reported that Beijing has ramped up pressure on Taiwan’s allies in the south Pacific in an effort to have them switch diplomatic recognition from the island nation to China.

This will be the president’s sixth tour to Taiwan’s allies since taking office in May 2016. In addition to the south Pacific, she has visited Africa, and Central and South America over the past three years.

The delegation will include David Lee (李大維), secretary-general of the National Security Council, Joseph Wu (吳釗燮), Taiwan’s foreign minister, and a number of government officials and lawmakers, according to Hsu.

Hospitals that have been conducting health-related projects in Pacific ally nations, as well as representatives from Taiwanese enterprises will also be invited to join the tour, added Hsu.