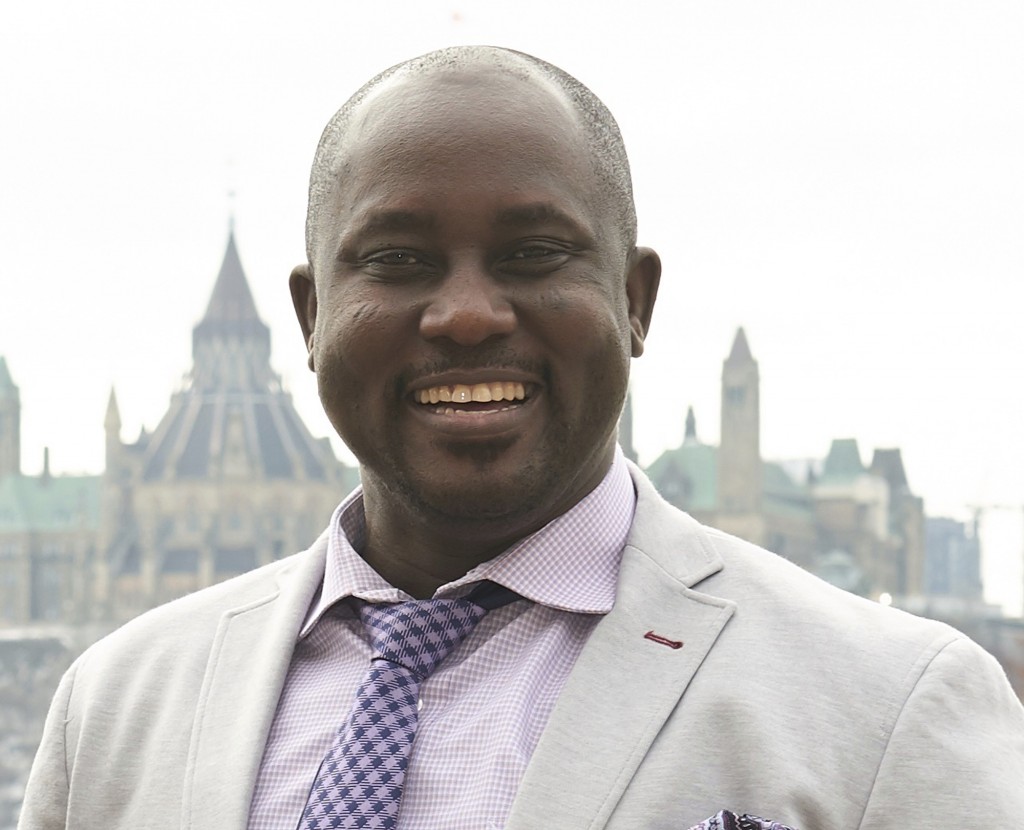 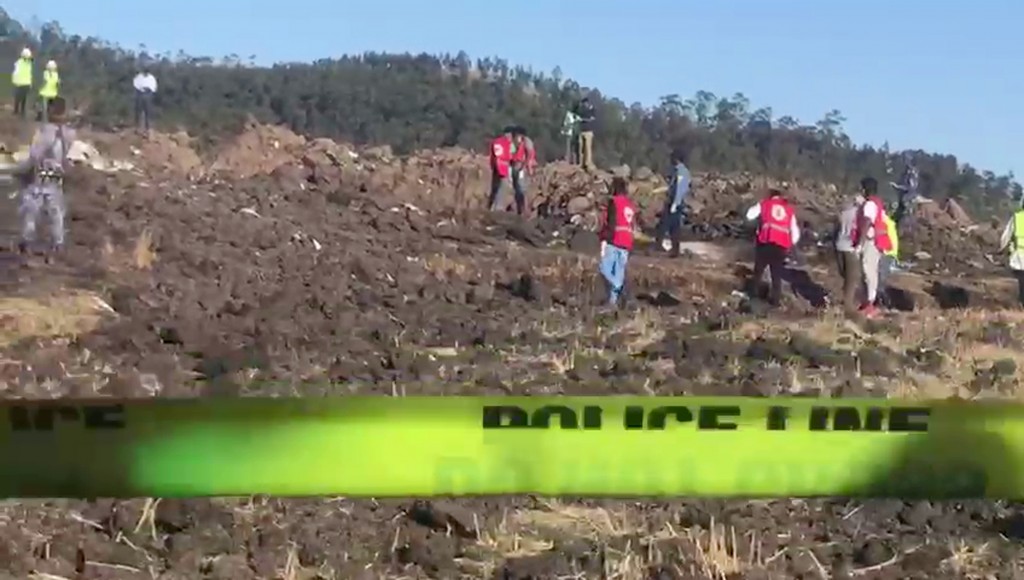 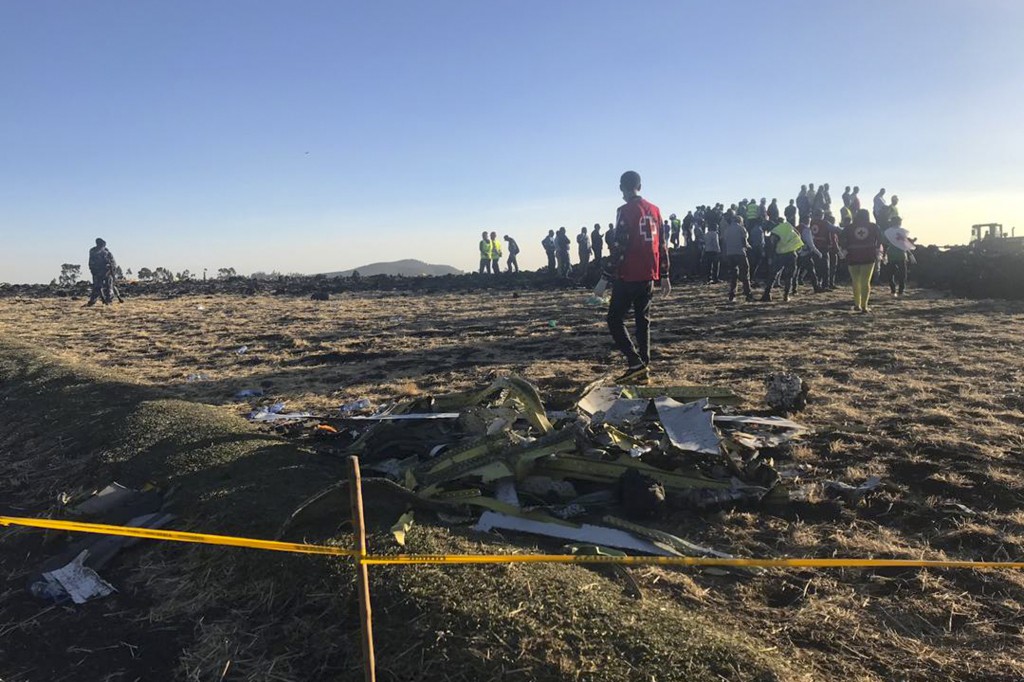 ADDIS ABABA, Ethiopia (AP) — Three Austrian physicians. The co-founder of an international aid organization. A career ambassador. The wife and children of a Slovak legislator. A Nigerian-born Canadian college professor, author and satirist. They were all among the 157 people from 35 countries who died Sunday morning when an Ethiopian Airlines Boeing 737 MAX 8 jetliner crashed shortly after takeoff from Addis Ababa en route to Nairobi, Kenya. Here are some of their stories.

— Hussein Swaleh, the former secretary general of the Football Kenya Federation, was named as being among the dead by Sofapaka Football Club.

He was due to return home on the flight after working as the match commissioner in an African Champions League game in Egypt on Friday.

— Cedric Asiavugwa, a law student at Georgetown University in Washington, D.C., was on his way to Nairobi after the death of his fiancee's mother, the university said in a statement.

Asiavugwa, who was in his third year at the law school, was born and raised in Mombasa, Kenya. Before he came to Georgetown, he worked with groups helping refugees in Zimbabwe, Kenya, Uganda and Tanzania, the university said.

The university said Asiavugwa's family and friends "remembered him as a kind, compassionate and gentle soul, known for his beautifully warm and infectious smile."

—Pius Adesanmi, a Nigerian professor with Carleton University in Ottawa, Canada, was on his way to a meeting of the African Union's Economic, Social and Cultural Council in Nairobi, John O. Oba, Nigeria's representative to the panel, told The Associated Press.

The author of "Naija No Dey Carry Last," a collection of satirical essays, Adesanmi had degrees from Ilorin and Ibadan universities in Nigeria, and the University of British Columbia. He was director of Carleton's Institute of African Studies, according to the university's website. He was also a former assistant professor of comparative literature at Pennsylvania State University.

"Pius was a towering figure in African and post-colonial scholarship and his sudden loss is a tragedy," said Benoit-Antoine Bacon, Carleton's president and vice chancellor.

Adesanmi was the winner of the inaugural Penguin Prize for African non-fiction writing in 2010.

Mitchell Dick, a Carleton student who is finishing up a communications honors degree, said he took a first- and second-year African literature course with Adesanmi.

Adesanmi was "extremely nice and approachable," and stood out for his passion for the subject matter, Dick said.

—Mohamed Hassan Ali confirmed that he had lost his sister and niece.

Ali said his sister, Amina Ibrahim Odowaa, and her five-year-old daughter, Safiya, were on board the jet that went down six minutes after it took off from the Addis Ababa airport on the way to Nairobi, Kenya.

"(She was) a very nice person, very outgoing, very friendly. Had a lot of friends," he said of his sister, who lived in Edmonton and was travelling to Kenya to visit with relatives.

The 33-year-old Edmonton woman and her five year-old daughter were travelling to Kenya to visit with relatives.

A family friend said Odowaa has lived in Edmonton since 2006.

— Derick Lwugi, an accountant with the City of Calgary, was also among the victims, his wife, Gladys Kivia, said. He leaves behind three children, aged 17, 19 and 20, Kivia said.

The couple had been in Calgary for 12 years, and Lwugi had been headed to Kenya to visit both of their parents.

— The aid group Save the Children said an Ethiopian colleague died in the crash.

Tamirat Mulu Demessie had been a child protection in emergencies technical adviser and "worked tirelessly to ensure that vulnerable children are safe during humanitarian crises," the group said in a statement.

—A statement from the Chinese Embassy in Addis Ababa said the Chinese victims included five men and three women, including one person from the semi-autonomous region of Hong Kong. Among them were employees of Chinese and international companies and tourists.

The statement said the embassy was in close contact with Ethiopian Airlines and the Ethiopian government on contacting relatives of those killed, as well as aiding the Ethiopian Embassy in Beijing in assisting the relatives in their travel to Ethiopia.

—Paolo Dieci, one of the founders of the International Committee for the Development of Peoples, was among the dead, the group said on its website.

"The world of international cooperation has lost one of its most brilliant advocates and Italian civil society has lost a precious point of reference," wrote the group, which partners with UNICEF in northern Africa.

UNICEF Italia sent a tweet of condolences over Dieci's death, noting that CISP, the group's Italian acronym, was a partner in Kenya, Libya and Algeria.

—Sebastiano Tusa, the Sicilian regional assessor to the Italian Culture Ministry, was en route to Nairobi when the plane crashed, according to Sicilian regional President Nello Musemeci. In a statement reported by the ANSA news agency, Musemeci said he received confirmation from the foreign ministry, which confirmed the news to The Associated Press.

In a tweet, Italian Premier Giuseppe Conte said it was a day of pain for everyone. He said: "We are united with the relatives of the victims and offer them our heartfelt thoughts."

—The World Food Program confirmed that two of the Italian victims worked for the Rome-based U.N. agency.

A WFP spokeswoman identified the victims as Virginia Chimenti and Maria Pilar Buzzetti.

—A group representing members of the African diaspora in Europe is mourning the loss of its co-chairperson and "foremost brother," Karim Saafi.

A French Tunisian, Saafi, 38, was on an official mission representing the African Diaspora Youth Forum in Europe, the group announced on its Facebook page.

"Karim's smile, his charming and generous personality, eternal positivity, and his noble contribution to Youth employment, diaspora engagement and Africa's socio-economic development will never be forgotten," the post read. "Brother Karim, we'll keep you in our prayers."

Saafi left behind a fiancee.

— Sarah Auffret, a French-British national living in Tromsoe, northern Norway, was on the plane, the Association of Arctic Expedition Cruise Operators said. Auffret, a staffer, was on the way to Nairobi to talk about a Cleans Seas project in connection with the U.N. Environment Assembly this week, the company said in a statement.

— Joanna Toole, a 36-year-old from Exmouth, Devon, was heading to Nairobi to attend the United Nations Environment Assembly when she was killed.

Father Adrian described her as a "very soft and loving" woman whose "work was not a job — it was her vocation".

"Everybody was very proud of her and the work she did. We're still in a state of shock. Joanna was genuinely one of those people who you never heard a bad word about," he told the DevonLive website.

He also said she used to keep homing pigeons and pet rats and travelled to the remote Faroe Islands to prevent whaling.

Manuel Barange, the director of Food and Agriculture Organization of the United Nations fisheries and aquaculture department, tweeted saying he was "profoundly sad and lost for words" over the death of the "wonderful human being".

— Joseph Waithaka, a 55-year-old who lived in Hull for a decade before moving back to his native Kenya, also died in the crash, his son told the Hull Daily Mail.

Ben Kuria, who lives in London, said his father had worked for the Probation Service, adding: "He helped so many people in Hull who had found themselves on the wrong side of the law."

Waithaka had dual Kenyan and British citizenship, the BBC reported.

—The United Nations migration agency said that one of its staffers, German citizen Anne-Katrin Feigl, was on the plane en route to a training course in Nairobi, the capital of Kenya and the plane's destination.

—A lawmaker of Slovak Parliament said his wife, daughter and son were killed in the crash. Anton Hrnko, a legislator for the ultra-nationalist Slovak National Party, said he was "in deep grief" over the deaths of his wife, Blanka, son, Martin, and daughter, Michala. Their ages were not immediately available.

Martin Hrnko was working for the Bubo travel agency. The agency said he was traveling for his vacation in Kenya.

—Austrian Foreign Ministry spokesman Peter Guschelbauer confirmed that three Austrian doctors in their early 30s were on board the flight. The men were on their way to Zanzibar, he said, but he could not confirm the purpose of their trip.

—The Russian Embassy in Ethiopia said that airline authorities had identified its deceased nationals as Yekaterina Polyakova, Alexander Polyakov and Sergei Vyalikov.

News reports identify the first two as husband and wife. State news agency RIA-Novosibirsk cites a consular official in Nairobi as saying all three were tourists.

— Hospitality company Tamarind Group announced "with immense shock and grief" that its chief executive Jonathan Seex was among the fatalities.

— Irishman Michael Ryan was among the seven dead from the United Nations' World Food Program, a humanitarian organization distributing billions of rations every year to those in need.

The Rome-based aid worker and engineer known as Mick was formerly from Lahinch in County Clare in Ireland's west and was believed to be married with two children.

His projects have included creating safe ground for Rohingya refugees in Bangladesh and assessing the damage to rural roads in Nepal that were blocked by landslides.

—The Nigerian Ministry of Foreign Affairs said it received the news of retired Ambassador Abiodun Oluremi Bashu's death "with great shock and prayed that the Almighty God grant his family and the nation, the fortitude to bear the irreparable loss."

Bashu was born in Ibadan in 1951 and joined the Nigerian Foreign Service in 1976. He had served in different capacities both at Headquarters and Foreign Missions such as Vienna, Austria, Abidjan, Cote d'Ivoire and Tehran, Iran. He also served as secretary to the Conference of Parties of the United Nations Framework Convention on Climate Change.

At the time of his death, Bashu was on contract with the United Nations Economic Commission of Africa.

—The Red Cross of Norway confirmed that Karoline Aadland, a finance officer, was among those on the flight.

Aadland, 28, was originally from Bergen, Norway. The Red Cross said she was traveling to Nairobi for a meeting.

Aadland's Linkedin page says she had done humanitarian and environmental work. The page says her work and studies had taken her to France, Kenya, South Africa and Malawi.

"People who know me describe me as a resourceful, dedicated and kindhearted person," she wrote on Linkedin.

Serbia's foreign ministry confirmed that one of its nationals was aboard the plane. The ministry gave no further details, but local media identified the man as 54-year-old Djordje Vdovic.

The Vecernje Novosti daily reported that he worked at the World Food Program.

This story has been corrected to show that Tamarind Group chief executive Jonathan Seex is a Swedish citizen.