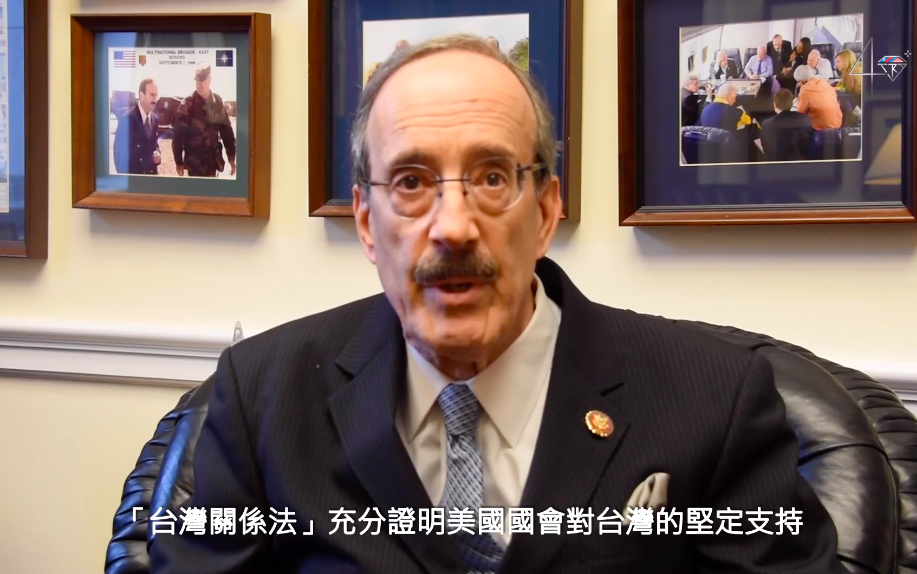 TAIPEI (Taiwan News) — 10 members of the U.S. Senate and House of Representatives have recorded a special video message in celebration of the 40th anniversary of the Taiwan Relations Act.

The video, posted to the Facebook page of Taipei Economic and Cultural Representative Office in the U.S., opens with the Senate Taiwan Caucus Co-Chair James Inhofe wishing Taiwan a happy anniversary, and expressing appreciation for the “freedom, security and exchange of ideas of goods and services” that are, he says, key to bilateral relations and a prosperous Indo-Pacific.

Senator Robert Menendez says Taiwan is one of the region’s most important partners to the U.S. due to both countries maintaining “unshakeable common interest” in the values of democracy, human rights, rule of law and the free market.

Representative Michael McCaul says China has never been more aggressive than it is now, and Taiwan stands as an important ally to the U.S. against its aggression.

Following appeals from other Congressmen earlier this month, Brad Sherman calls for more high-level U.S. representatives to visit Taiwan and vice versa, saying it is not enough to simply “mark this milestone.”

The Taiwan Relations Act was passed into law in 1979 following the U.S. shifting diplomatic recognition to the People’s Republic of China. It guarantees an “extensive, close, and friendly” commercial, cultural and security-based relationship between the two countries.