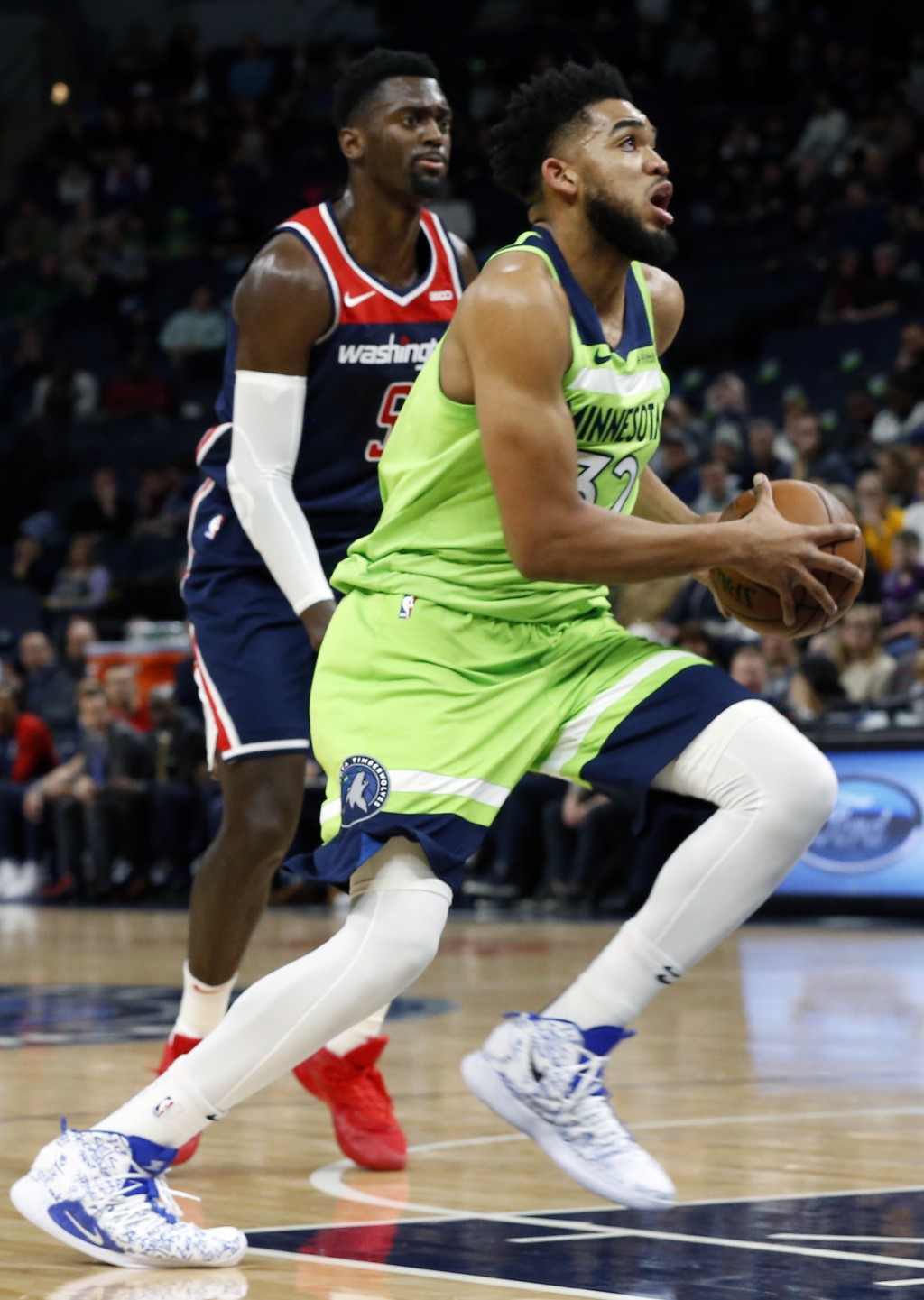 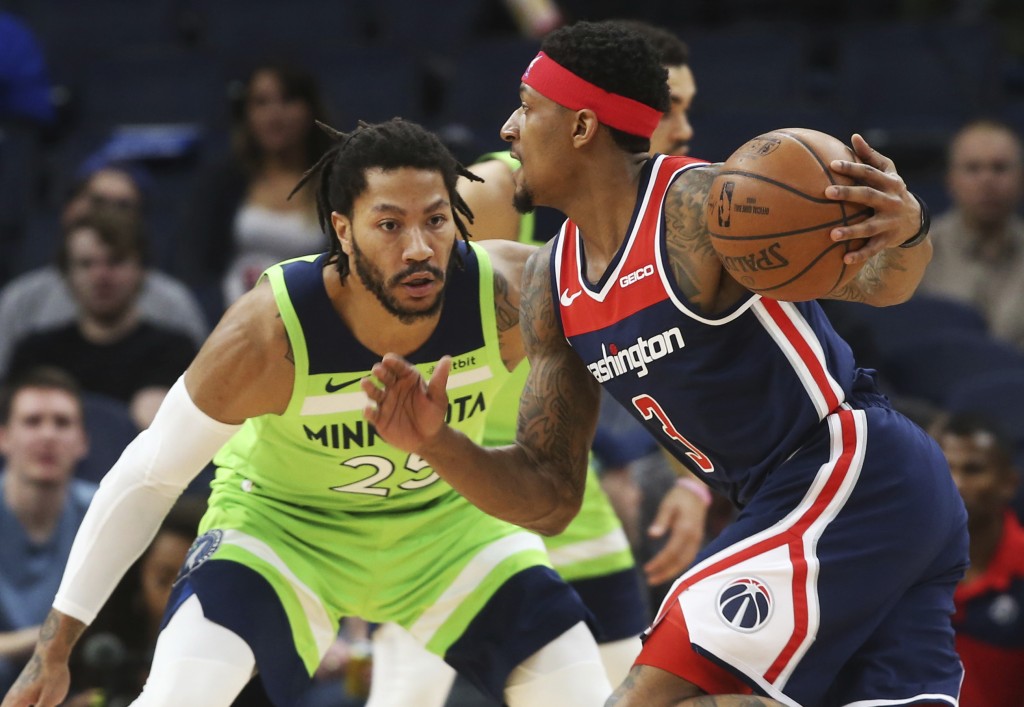 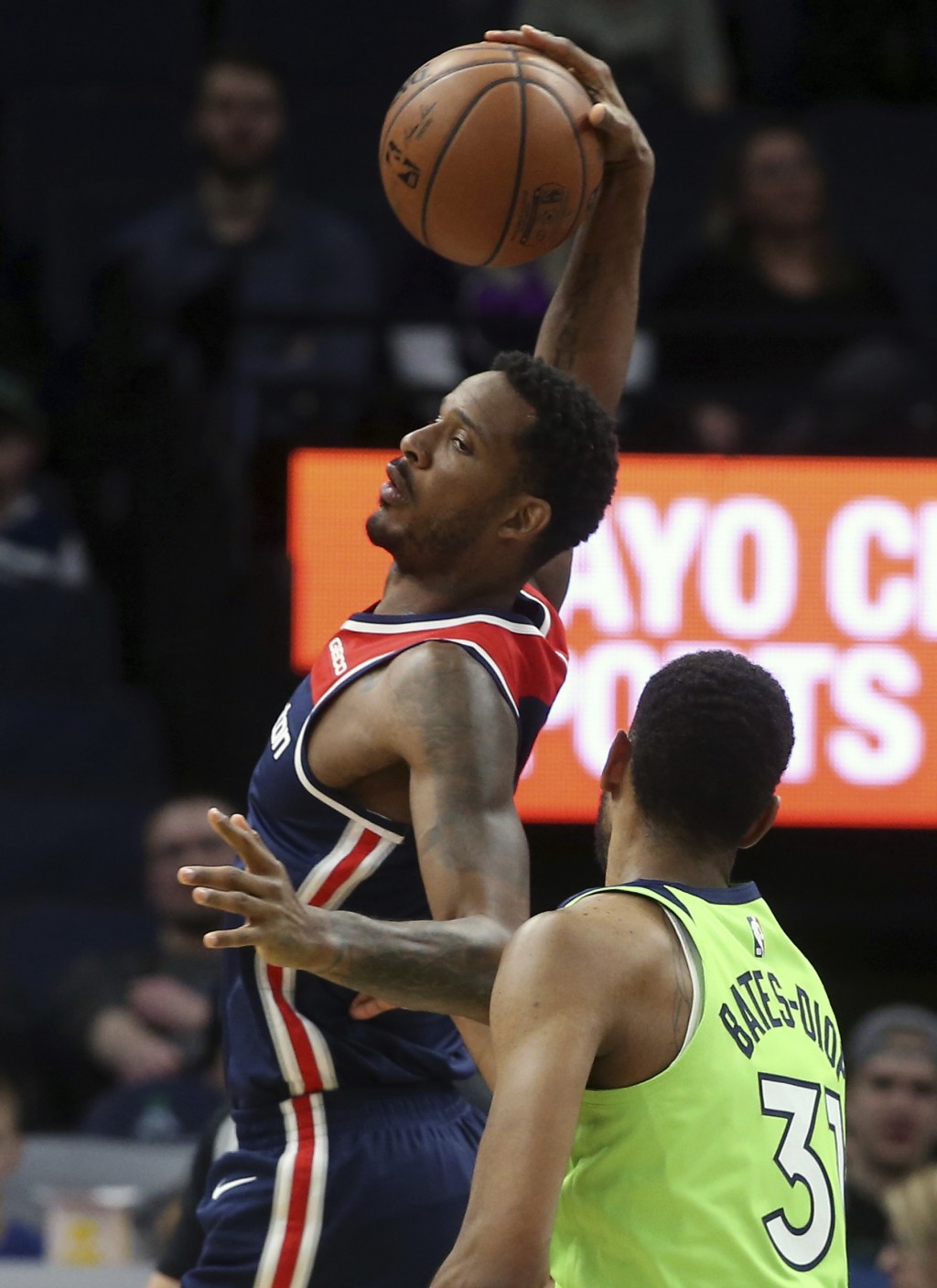 MINNEAPOLIS (AP) — Karl-Anthony Towns had 40 points and 16 rebounds before leaving in the final seconds of regulation with a knee injury, and the Minnesota Timberwolves beat the Washington Wizards 135-130 in overtime on Saturday night.

The Timberwolves outscored the Wizards 14-9 in the extra period to earn their fifth straight home win. Derrick Rose scored 29 points, including a wild 19-footer that put the Wolves up 131-127 with 58.2 seconds to play.

Jeff Teague had a pair of late free throws and a dunk off a steal with 13 seconds left to help close it out.

Towns spent the overtime period in the trainer's room after coming up limping in the final seconds of regulation. It wasn't immediately clear how the All-Star center was injured.

Trailing 121-118, Beal sent the game to overtime with a buzzer-beating 3-pointer. With 1.8 seconds left, Ariza inbounded to Beal, who shook off Taj Gibson and drained the shot. Washington was able to reset after the Wolves fouled Beal in transition.

Keita Bates-Diop missed the second of two foul shots with 7.7 seconds left to make it 119-116. Beal hit a layup with 3.5 seconds remaining, and Rose made two free throws, setting up the final play in regulation.

Wizards: Beal and Tomas Satoransky combined for 20 of Washington's 31 assists. ... Bobby Portis had 21 points for his ninth 20-point game of the season and third in his last four games. . The NBA's official Last Two-Minute Report from Friday night's loss at Charlotte indicated a foul should have been called against Marvin Williams for grabbing Portis' arm after Beal's missed shot attempt with four seconds to play. A foul would've sent Portis to the line with Washington trailing by one. Later that night, Portis took to Twitter to vent his frustrations. "Those are three good referees, and they didn't do it on purpose," coach Scott Brooks said. "They made a mistake. We had plenty of chances to win the game."

Timberwolves: Bates-Diop scored 12 points in his first career start. He started in place of Andrew Wiggins, who was sidelined by a right quad contusion. ... The Wolves signed F Cameron Reynolds to another 10-day contract. He has appeared in two games this season. Reynolds played 20 minutes and scored five points.