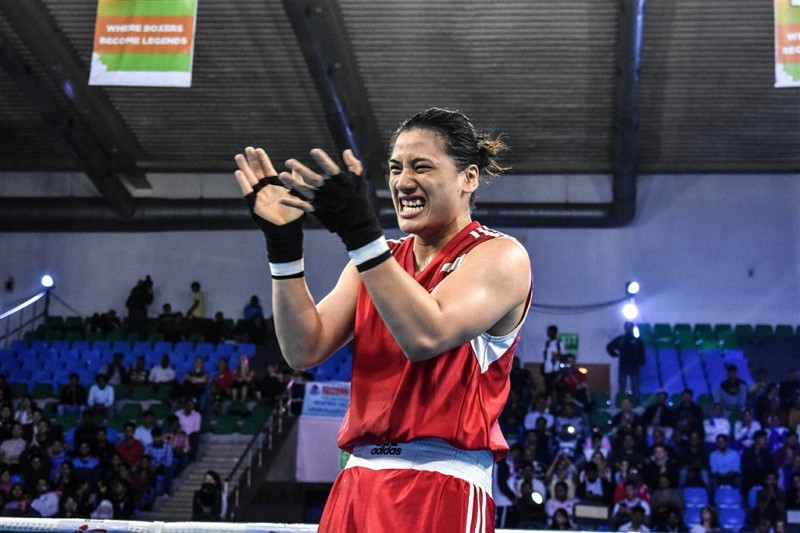 Twenty-one-year-old Taiwanese female boxer Chen Nien-chin (陳念琴) was recently ranked number one by the International Boxing Association (AIBA) in the welterweight category (69 kg), with a score of 1357.5 points.

A member of the indigenous Amis tribe, the Hualien-born athlete has been hailed by local media as the "Ami bellona" and "boxing queen."

Chen said she took part in many women's boxing competitions with her coach last year.

For many of the competitions she had to fly long distances and get ready to fight with almost no time to prepare, she said.

Despite all the hard work, the idea of giving up never occurred to her, Chen said, adding that she just keeps challenging herself.
In early 2019, Chen has already won the Golden Girl Box Championships in Sweden, the Bocskai Memorial Tournament in Hungary and was runner up at the Strandja Memorial in Bulgaria.

The AIBA women's world champion said her ultimate goal is to compete at the 2020 Tokyo Olympics, where she hopes to win a gold medal for Taiwan.

Chen was eliminated in the first bout at the 2016 Rio Olympics.

Chen's family moved to the outlying Matsu Islands when she was in primary school and these days she only gets to visit them when she is not training or attending classes at National Tsing Hua University.