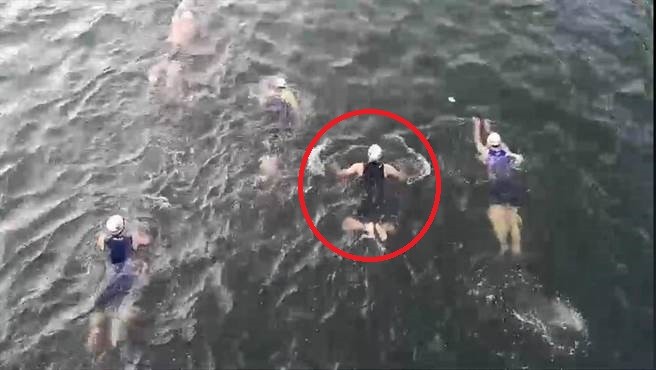 TAIPEI (Taiwan News) -- On March 3, a man drowned while competing in the swimming phase of the Kaohsiung Aihe International Ironman Triathlon, but it was not until family members started seeking help from the public on social media that organizers finally announced the death today.

While competing in the 1,500-meter swimming segment of the "2019 13th Annual WHISBIH Kaohsiung Aihe International Ironman Triathlon," a 45-year-old competitor surnamed Chang (張), suddenly collapsed. Chang had been swimming for less than 30 minutes and had neared the 700-meter turning point, when he suddenly had an "abnormal condition."

Search and rescue officers of the Naval Rescue Brigade floating side-by-side with the swimmers quickly navigated toward Chang to rescue him. He was placed in a lifeboat and was rushed to the starting line, where he suffered an Out-of-hospital Cardiac Arrest (OHCA).

Paramedics immediately rushed him to a hospital, where he was soon declared dead.

Chiang Chi-sheng (姜寄生), Chairman of the Ironman Committee of the Kaohsiung Sports Association, held a press conference this morning at the Sports Development Bureau of the Kaohsiung City Government to explain the incident and the follow-up investigation.

Chiang was quoted by CNA as saying the Navy's search and rescue team found Chang floating face down in the water, with only his white swimming cap still visible. Rescue personnel found that Chang was unconscious and foaming at the mouth.

Chang was retrieved from the water and CPR was continuously administered until the ambulance arrived.

Chiang said that the athlete had competed in and finished the race last year (2018). Chang's widow said that her husband had no history of illness and had undergone intensive swimming training before the competition. When she and their children started to cheer for him and videotape him, she said he still looked fine, and it was hard to accept the terrible news of his death. A few days later, Chang's spouse wrote on Facebook that she suspected that he had been kicked by another competitor, causing him to lose consciousness and drown.

On Facebook, she wrote that she hoped someone could come forward and provide video or photos to reveal the truth of what happened that day. She said that she was blaming the sponsors for negligence in terms of their safety measures and first aid.

Chiang said that the organizer only had one drone taking video of the race and it was only tracking the lead group. He said it did not record the unexpected situation involving Chang when he was swimming near the turning point.

Chiang asserted that the distance between each swimmer was very wide and the possibility of being kicked by another competitor was not very high. Presently, the whole case is under investigation, and Chiang said they are awaiting the results to find the exact cause of his death.

However, due to the concern expressed by the media and netizens after the Chang family announced the incident on social media, Chiang said the association chose to hold a press conference today. Chiang emphasized that the incident was not "deliberately concealed."

Chiang said that after the incident, he accompanied Chang's family members throughout the ordeal, including his treatment at the hospital, record-taking by the police, consoling grieving relatives at the funeral parlor, and a check for NT$50,000 provided by the committee as compensation.

Over the next four days, the prosecutor worked with a forensic doctor to examine Chang's body and the cause of death is still under investigation, according to Chiang.

Chang was employed as an auto mechanic and has two sons in fourth and sixth grade. Chiang pointed out that the committee would continue to provide care to his family members and assist with the insurance claims.

Chiang said this was the first time in the 14 year history of the competition that a death has occurred. He said that safety precautions for the event will be reviewed, but a suspension of the competition is not being considered for the time being. 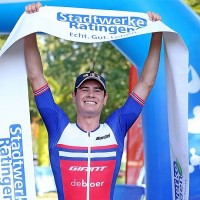