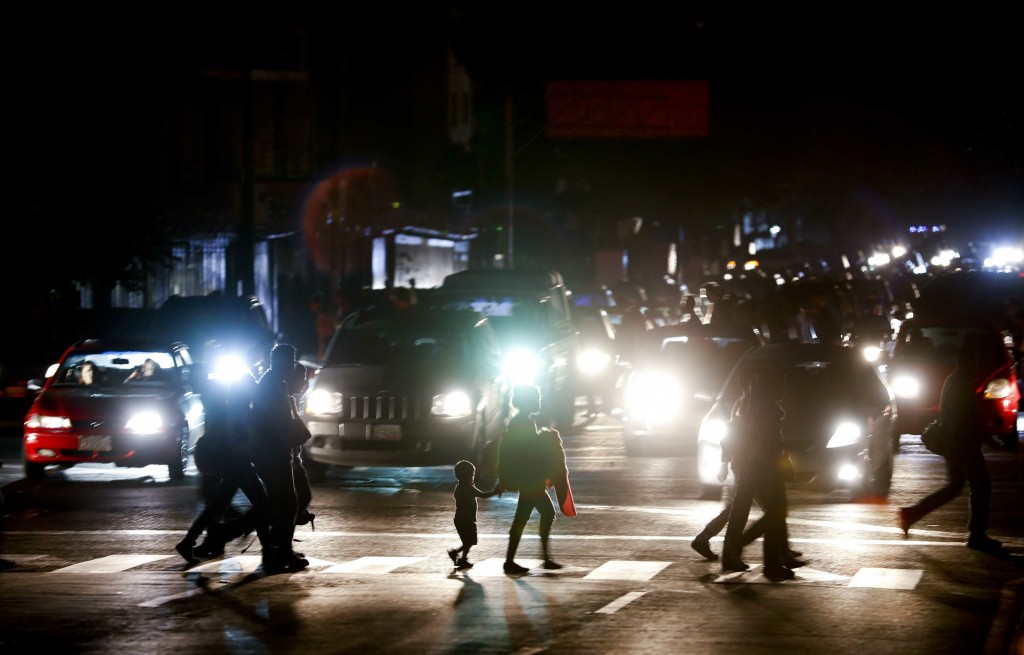 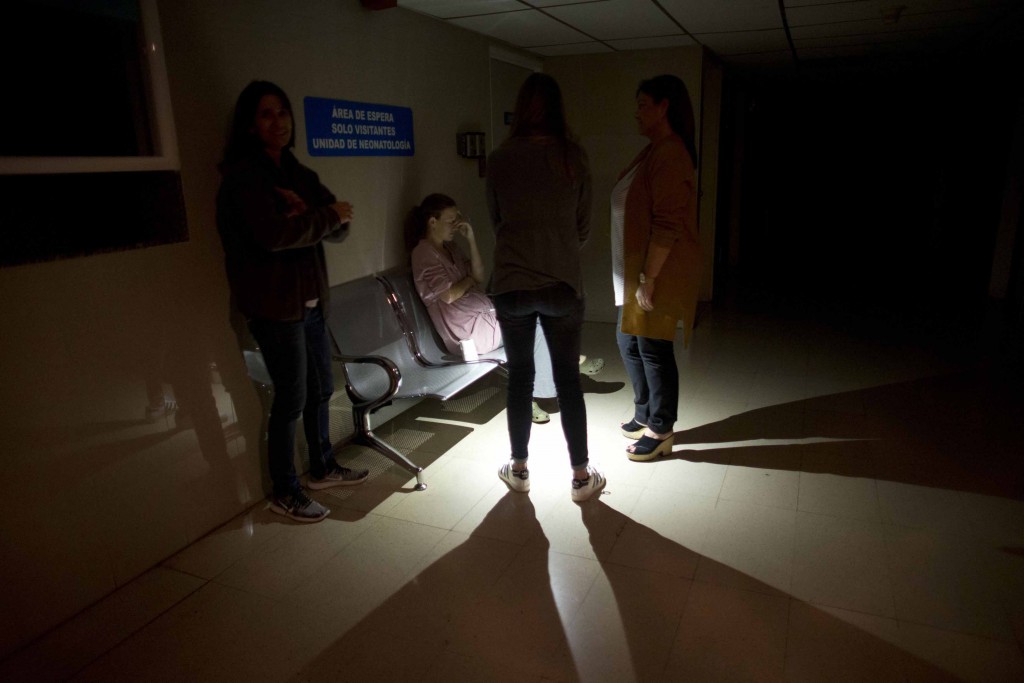 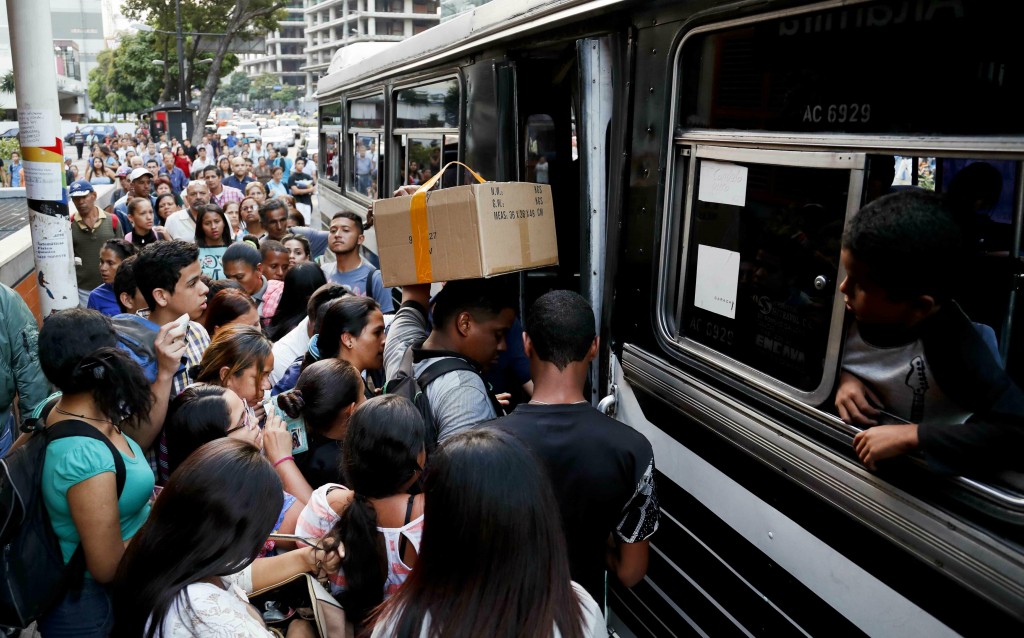 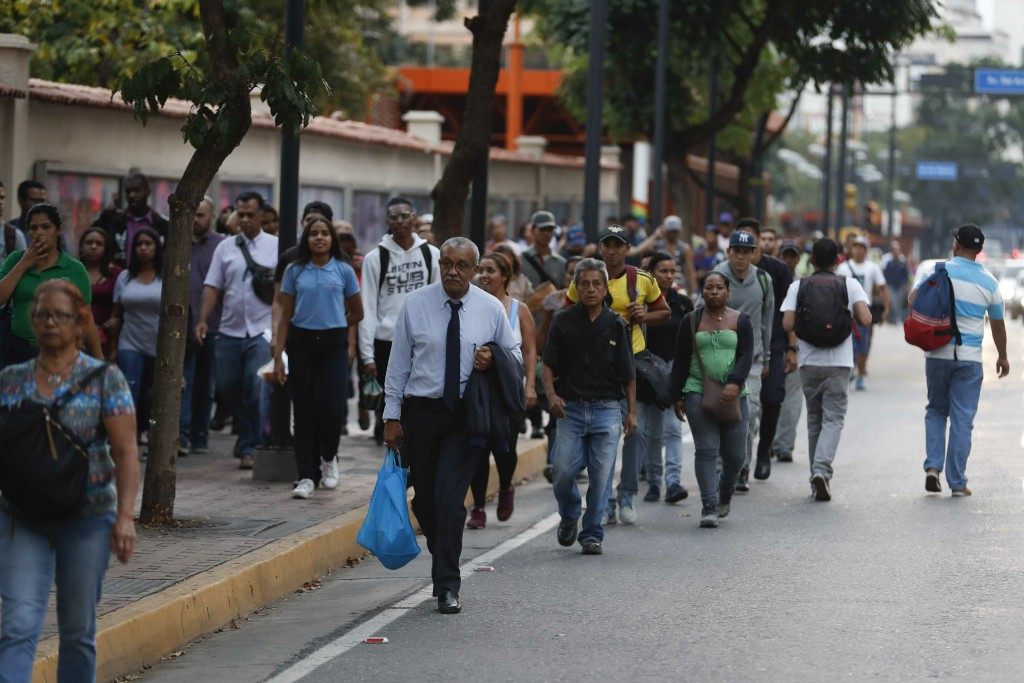 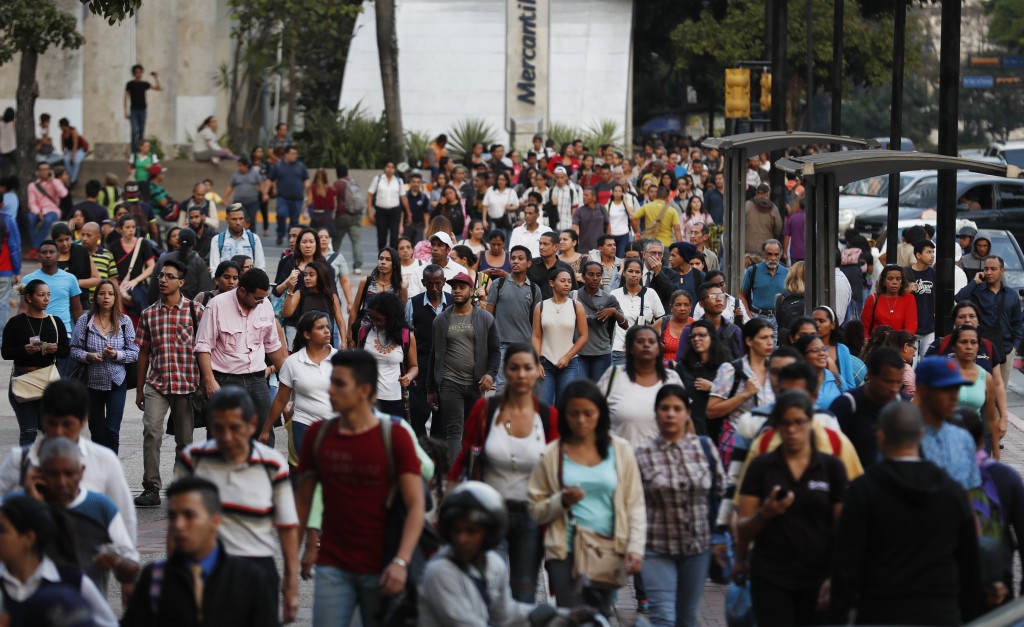 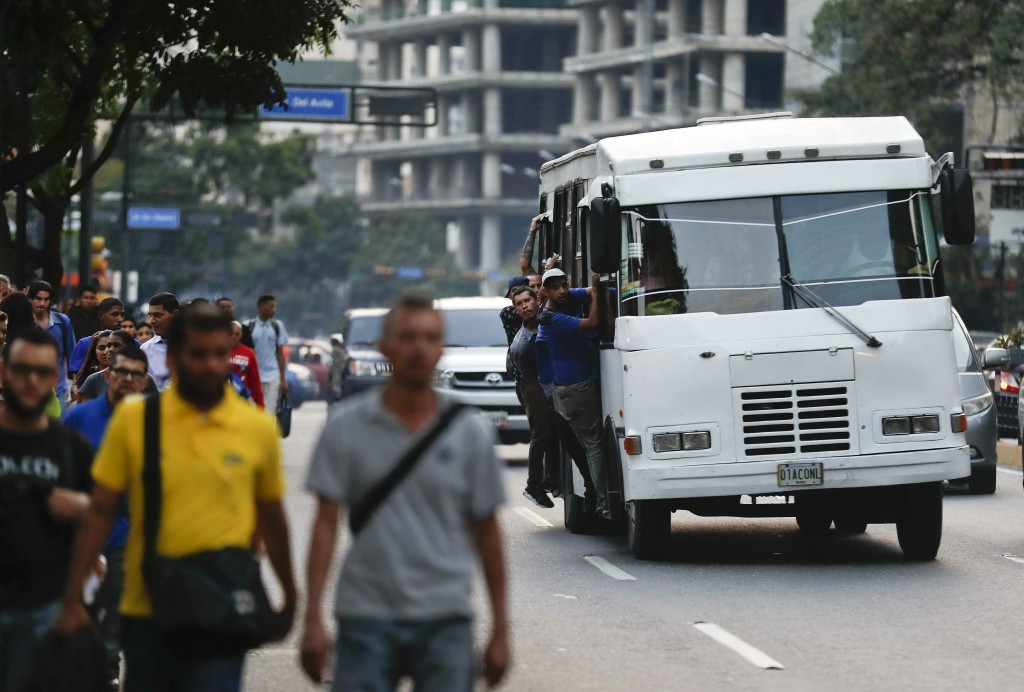 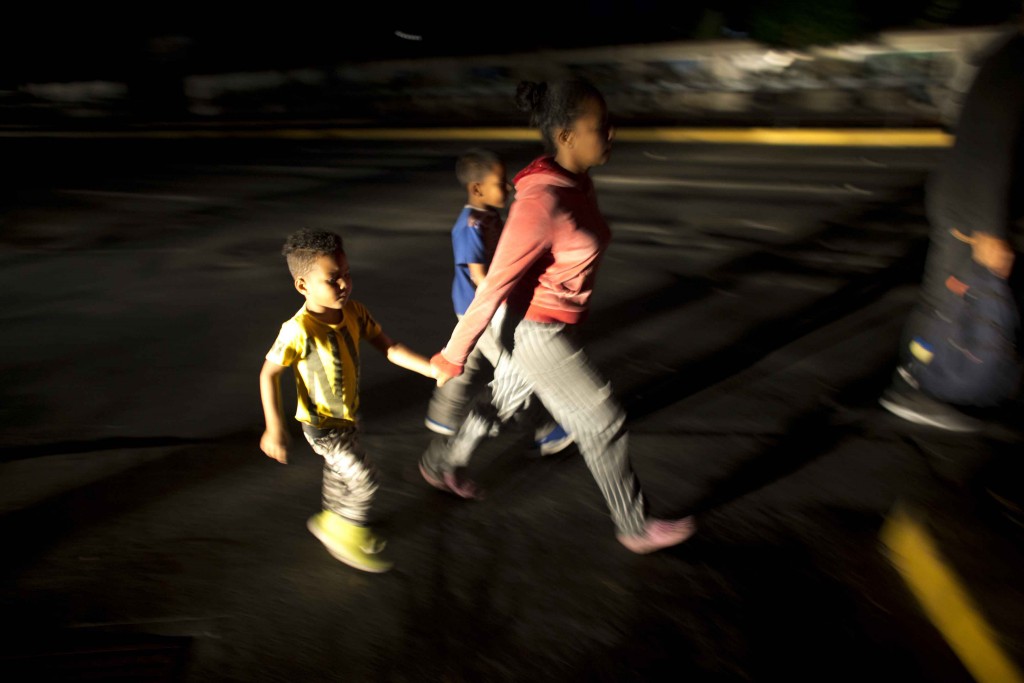 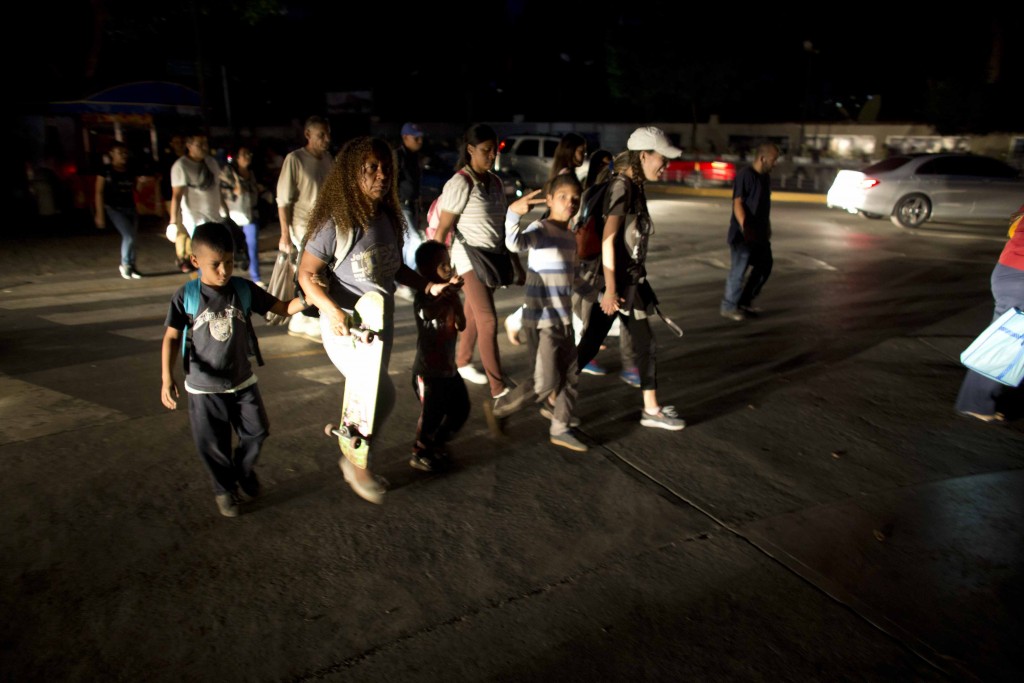 CARACAS, Venezuela (AP) — Much of Venezuela remained engulfed by darkness into early Friday amid one of the largest power outages in years, raising tensions in a country already on edge from ongoing political turmoil.

The blackout hit 22 of 23 states by some accounts. It struck the capital Caracas, which until now has been spared the worst of a collapse in the nation's grid, at the peak of rush hour.

Thousands of commuters flooded into the streets because subway service was stopped. A snarl of cars jammed the streets amid confusion generated by blackened stoplights. Others had to walk long distances to get home.

At the darkened maternity ward at the Avila Clinic in wealthy eastern Caracas, several mothers cried as nurses holding candles monitored the vital signs of premature babies in incubators after backup generators shut off.

Venezuela's socialist government blasted the outage as an "electrical war" directed by the United States. Communications Minister Jorge Rodriguez said right-wing extremists intent on causing pandemonium in Venezuela and taking orders from Florida Republican Sen. Marco Rubio were behind the blackout, although he offered no proof.

"A little bit of patience," Rodriguez urged on state television, saying service would be restored in a few hours. "If you're in your home, stay in your home. If you're in a protected space or at work, it's better for you to stay there."

But as night wore on in Caracas, patience was running thin.

Residents threw open their windows and banged pots and pans in the darkness. Some shouted out expletives at President Nicolas Maduro in a sign of mounting frustration. Normally hyperactive social media was eerily silent as much of the country was knocked offline.

By midnight Friday, power had yet to be restored in Caracas and many other areas.

The outage comes as Venezuela is in the throes of a political struggle between Maduro and opposition leader Juan Guaido, the head of congress who declared himself the nation's rightful president in January and is recognized by the United States and about 50 nations.

Guaido took to Twitter to blast Maduro for the outage.

"How do you tell a mom who needs to cook, an ill person who depends on a machine, a worker who should be laboring that we are in a powerful country without electricity?" he wrote, using the hashtag #SinLuz, meaning without light. "Venezuela is clear that the light will return with the end of usurpation."

Venezuela's electrical system was once the envy of Latin America but it has fallen into a state of disrepair after years of poor maintenance and mismanagement. High-ranking officials have been accused in U.S. court proceedings of looting government money earmarked for the electrical system.

While intermittent outages have become regular occurrences in Venezuela of late, rarely have so many states simultaneously been without power for such an extended period.

While authorities expressed concern about the sick and elderly, and a few people had to be rescued from elevators, some residents in Caracas expressed awe at the sight of stars hanging over the normally bustling city of 2 million.

The government keeps home power bills exceptionally low — just a couple dollars a month — relying heavily on subsidies from the Maduro administration, with is under increasing financial duress.

The nation is experiencing hyperinflation projected to reach a mind-boggling 10 million percent this year, is grappling with food and medical shortages and has lost about 10 percent of its population to migration in the past few years. Venezuela's economic woes are likely to increase as U.S. sanctions against its oil industry kick in.

State-owned electricity operator Corpoelec blamed the outage on act of "sabotage" at the Guri Dam, one of the world's largest hydroelectric stations and the cornerstone of Venezuela's electrical grid. Rodriguez described it as a "cyber" attack intended to derail the whole system. He said electricity in Venezuela's eastern region had been restored within two hours.

"What's the intention?" he said. "To submit the Venezuelan people to various days without electricity to attack, to mistreat, so that vital areas would be without power."

Rubio, who has been driving the Trump administration's confrontational stance toward Maduro, seemed to relish Rodriguez's accusations that he was somehow to blame for the power crisis.

"My apologies to people of Venezuela," the Florida Republican said in a message on Twitter. "I must have pressed the wrong thing on the 'electronic attack' app I downloaded from Apple. My bad."