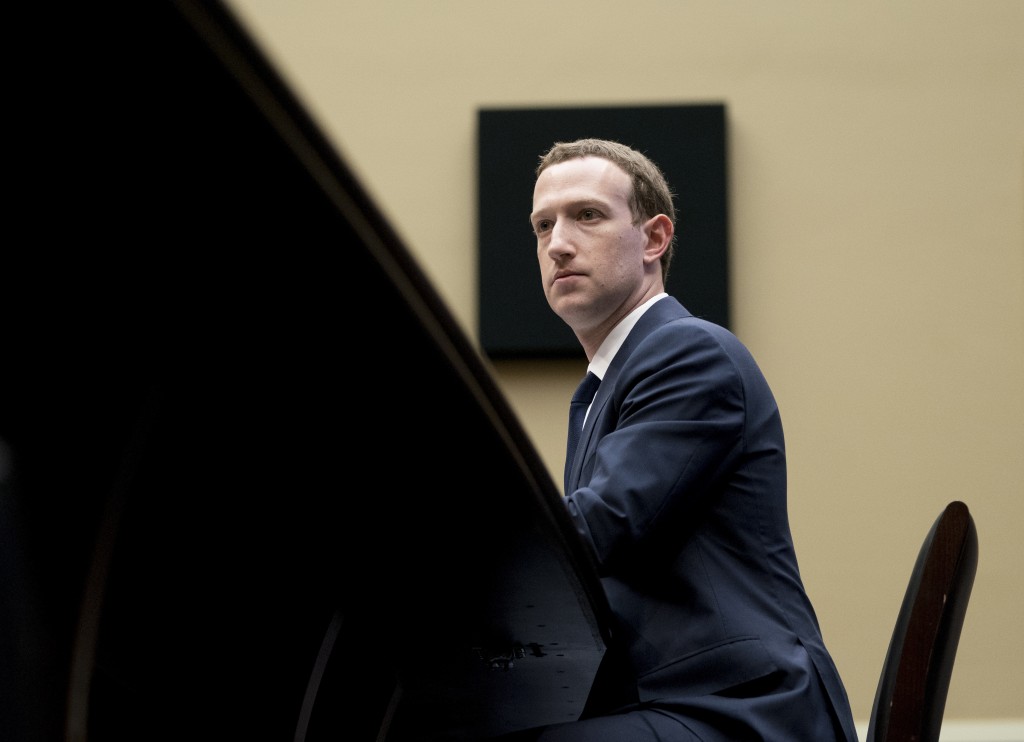 LONDON (AP) — Facebook CEO Mark Zuckerberg is taking the social media company in a new direction by focusing on messaging. Chinese tech giant Tencent got there years ago with its app WeChat.

Zuckerberg outlined his vision to give people ways to communicate privately, by stitching together Facebook's various services so users can contact each other across all of the apps.

That sounds strikingly similar to Tencent Holdings' WeChat, which has become essential for daily life in China. WeChat, or Weixin as it's known in Chinese, combines functions and services that in the West are done separately by a number of separate companies — think of Facebook and its Messenger, WhatsApp and Instagram services combined with PayPal and Uber.

WeChat, launched in 2011, has the usual chat features — instant messaging and voice and video calling. But there's a lot more. Here's a look at what else it does.

The WeChat Pay digital wallet is one big reason the app has become an indispensable part of life for people in China. By linking a credit card or bank account, users can pay for almost anything: movie tickets, food delivery orders and subway and bus tickets.

You can split restaurant bills with your friends, pay your electricity bill, store digital coupons, and donate to charities. There's a "quick pay" function that lets users scan a matrix barcode to pay instead of pulling out cash or a payment card.

You can also hail a ride from Didi Chuxing, China's equivalent of Uber.

And in a uniquely Chinese touch, WeChat users can send each other virtual "hong bao" or "red packets," money that is traditionally gifted in red envelopes during the Lunar New Year holiday.

The app hosts group chats where users can discuss topics like sports, technology, social issues, investment ideas, celebrities, breaking news and beyond. WeChat Moments is a scrolling social media feed where users can write posts and share photos and videos.

The app rolled out a new feature this year, Time Capsule, that removes user videos after 24 hours, in an apparent attempt to mimic Facebook's Stories feature.

Users can also send friends digital stickers, get access to online games and find out who's nearby by shaking their phone.

Companies and organizations both inside and outside China can use the app for marketing by setting up an official account. Travel booking platform AirBnb, luxury goods company Chanel and Chinese tech giant Huawei are among brands with a presence on WeChat.

It is wildly popular in mainland China and less so in other countries, which is unsurprising because the communist leaders in Beijing have blocked its citizens from accessing Facebook and other Silicon Valley services for years.

But there's one thing that WeChat doesn't let users do: speak freely. Politically sensitive posts are regularly scrubbed from the service, illustrating how the app has become a key part of China's censorship regime because of its huge user base and outsize social influence. Hong Kong University researchers found that about 11,000 articles were removed from WeChat last year, a number that doesn't include posts blocked before publication by automatic keyword filters.

Chinese dissidents and activists have long suspected that authorities are able to monitor what they've been saying on the app. The company, however, has denied it keeps a record of user chats.

For all of AP's tech coverage, visit: https://apnews.com/apf-technology