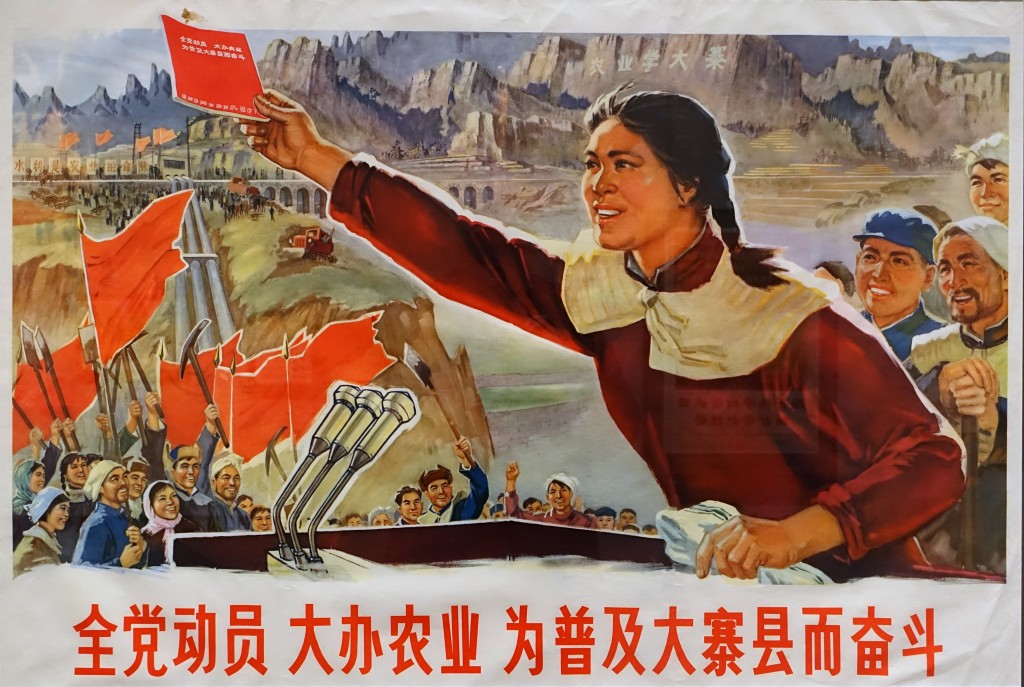 So, the in no way ironically named People’s Liberation Army (PLA) have taken to the airways once more to tell the people of Taiwan what is best for them.

In an interview that would be absolutely hilarious if it was not so deeply serious, Major General Wang Weixing (王衛星), a senior PLA official told the Voice of the Strait (海峡之声), a state-controlled propaganda radio program, exactly why Taiwan should submit to unification with Communist China.

Wang argued that the only reason Taiwanese people were not in favor on the "One China Two Systems" model was that they did not understand it and their views are twisted by evil separatists.

It is, of course, nothing to do with the fact that "One China Two Systems" is a front for the Communist Party to seize power and that the people of Taiwan only have to look at Hong Kong and Macau to see the stark reality of how it works in practice!

He then went on to list ten reasons why Taiwan should want to be unified with the authoritarian Communist regime he works for. He describes these ten reasons as "privileges," something which has amused plenty of people in Taiwan. But the list itself sparked even greater mirth.

You can read all ten in detail here, but they included things like having its own legislature, its own independent judicial power, financial independence, and its own independent monetary system. In short, every single one of the ten "privileges" Wang is offering to Taiwan are things that the country enjoys already, without having to kowtow to Beijing for permission.

Some have questioned why Wang would make such a ridiculous statement in public. The answer is a simple one. His intended audience was not Taiwan.

As Michael Turton has very presciently noted, this interview was aimed squarely at the domestic audience in Communist China. Turton suggests that the PLA and the CCP want to make it appear that they have tried to be very generous towards Taiwan and it is the refusal of Taiwan to accept their generosity that has forced them to more serious steps to force unification. He even suggests that this is evidence that the PLA is laying the groundwork for what he describes as "a general war."

It is certainly a possibility and one that the Taiwanese government should certainly be alive to. But it is also worth noting that this particularly crude piece of propaganda has come at a time when the CCP is stepping up their propaganda output more generally. Regular China-watchers will not be surprised to learn that this coincides with the start of the Two Sessions.

In Spring of every year, the Chinese Communist Party comes together at the Two Sessions to pat itself on the back and make a pretense that the country has some sort of viable political system as opposed to being an authoritarian dictatorship with Xi Jinping holding the sort of control not seen since the days of Chairman Mao.

There is always a propaganda push around this time, but this year has seen far more English-language propaganda output than has been the case in previous years. Not that any of it is particularly convincing, effective, or indeed high quality.

Take this appalling rap music video by unknown Chinese artist Su Han as an example. He manages to rap about submersible vehicles, cloned macaque monkeys, and (of course) the Two Sessions, with lyrics so bad they must have been written by a CCP committee and then run through Google Translate.

Then is this jaw-dropping un-self-aware video piece posted on Twitter by the CCP-controlled Xinhua news agency which spends five minutes explaining how China’s success is all down to their system of democracy!

In the video, a US-born reporter called Colin Linneweber (who must have been paid extremely well for selling out his morals, his principals, and his country in such a blatant way) that the Two Sessions meeting is the pinnacle of China’s thriving democracy! “It is widely acknowledged that the key to China’s success is its system of democracy,” Colin tells us with a smirk on his face that either suggests even he does not believe this nonsense or he is just picturing the dollars landing in his bank account as he speaks.

He then goes into great detail about how the Chinese people can get their voices heard at the highest level of government without any right to choose who represents them.

It is utterly incredulous and inevitably the video has attracted swathes of ridicule around the world. Of course, the Chinese people themselves will not get to see either the video or the responses it has garnered as Xinhua has only posted it on sites like Twitter which are blocked in China.

What does this propaganda blitz mean?

So, what does this sudden glut of propaganda output mean? Is it all just a facade to make the Two Sessions look like a meaningful political event rather than the showpiece event which merely rubber-stamps decisions that have all been taken at the highest levels of the party?

The haphazard and low-quality output that has been seen of late, especially in English, suggests that is the case and some experts would back that up.

Speaking in the Guardian, Caterina Bellinetti, an art historian specialized in Chinese visual culture and propaganda, summed up the direction in which Chinese propaganda was heading at the moment.

"The [Communist] Party has been putting a lot of effort into strengthening the dissemination of their political messages," she explained. But "despite the obvious technological changes, Chinese propaganda is going back in time," she continued.

David Bandurski, co-director of the University of Hong-Kong’s China Media Project, went even further writing in a blog post, "what we are seeing is the inevitable outcome of a propaganda system that is cash-rich and culturally and intellectually bankrupt."

They may well be right. But from Taiwan’s point of view, it would be a big risk to take to make such an assumption. The Chinese political system may be corrupt, archaic, bureaucratic, and abusive. But it is also highly dangerous, particularly when it comes to issues they see as fundamental to ensuring their continued grip on power.

Unfortunately, Taiwan is one of those issues and while events like the interview with General Wang deserve public ridicule, it is important for Taiwan to analyze the purpose behind the propaganda too.