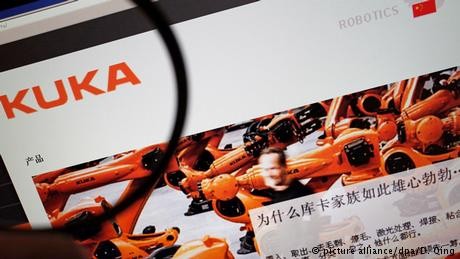 Chinese investments in the European Union fell sharply for the second consecutive year in 2018, a report by the Berlin-based Mercator Institute for China Studies (MERICS) and US consulting firm Rhodium Group showed.

The decline is part of a trend that has seen Chinese investments fall in most regions of the world over the past two years as Beijing continues to maintain a tight grip on outward investment by its residents amid slowing economic growth and a trade war with the United States.

Chinese investors have also been forced to back away by "growing political and regulatory backlash against Chinese capital around the globe," the authors of the report, Thilo Hanemann, Agatha Kratz and Mikko Huotari, wrote.

"This shift in attitudes has been remarkably rapid in Europe," they said.

Worried about Beijing's growing appetite for foreign technology and the potential national security risks, most EU countries have increased regulatory scrutiny on foreign mergers and acquisitions, especially those of technology and innovation assets.

In December, Germany sharply lowered the threshold for screening purchases of stakes in German companies by non-European investors, in a bid to deter takeovers by Chinese investors in strategic areas.

The rules came months after the German government agreed to veto the acquisition of machine tool manufacturer Leifeld by a Chinese investor.

In July, a German state bank bought a stake in 50Hertz to prevent the purchase of the high-voltage grid operator by China's State Grid.

German officials have been alarmed by Chinese investments ever since China's Midea Group made a successful €4.5 billion purchase of German robotics firm Kuka in 2016. They have expressed concerns over a situation in which China buys key German high-tech know-how, but shields its own companies.

Despite the regulatory hurdles, Chinese firms increased their investments in Germany by €300 million to €2.1 billion last year, the report showed. The figure does not include Geely's €7.3 billion purchase of a 9.7 percent stake in Daimler. Only purchases of stakes of 10 percent or more qualify as foreign direct investment.

In a first, the report showed that Chinese investors shed their European assets on a significant scale last year.

Chinese firms divested at least €4 billion worth of assets in the EU, driven by conglomerate HNA's sales of stakes in Dublin-based plane lessor Avolon and German lender Deutsche Bank.

The authors of the report said despite increased regulatory scrutiny in the EU, the bloc will continue to be an attractive hunting ground for Chinese investors, mainly due to the ongoing trade spat between China and the United States.

"Chinese investment in Europe is likely to get a further boost from the recent expansion of the US investment screening regime and the broader deterioration of US-China relations, which will cause some investors to divert capital from North America to the European continent," the authors wrote.

At the beginning of 2019, Chinese investors had more than €15 billion worth of proposed deals pending.

But the authors warned that the favorable outlook could change based on a host of factors, including how the bloc responds to espionage charges against China's Huawei.