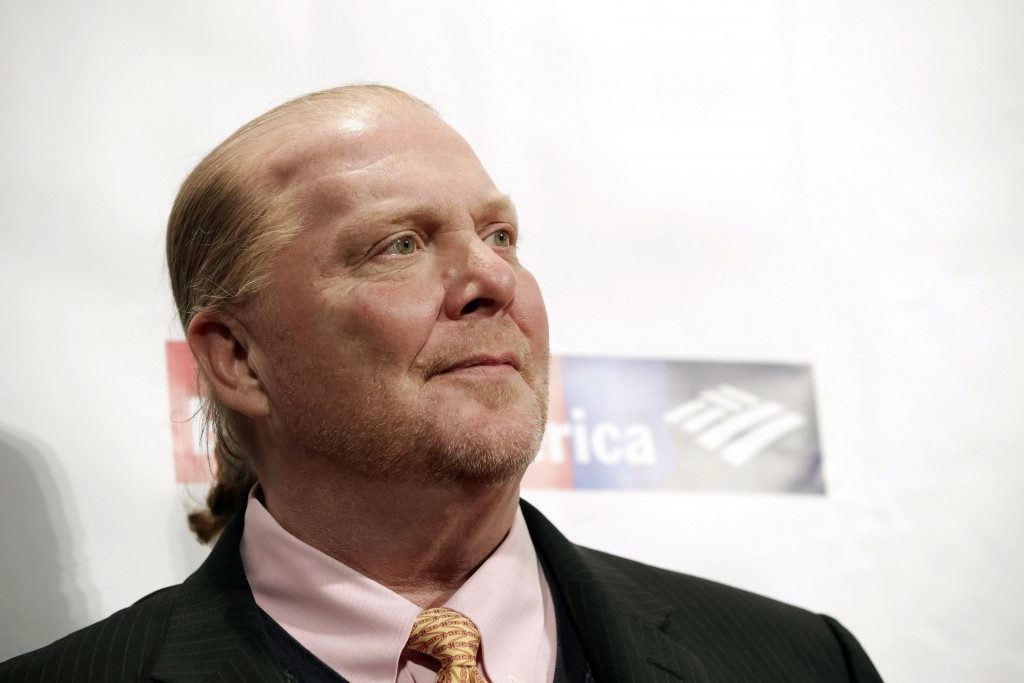 NEW YORK (AP) — The 20-year business partnership between celebrity chef Mario Batali and the Bastianich family of restaurateurs has been dissolved. It comes months after the original timeline for the divestiture and more than a year after several women accused Batali of sexual harassment and assault.

In a two-sentence statement issued Wednesday, Batali said he has reached an agreement with Joe Bastianich and will "no longer have any stake in the restaurants we built together." He wished his former business partner the "best of luck in the future."

Bastianich and his sister, Tanya Bastianich Manuali, said in a statement to employees that business ties with Batali are now fully severed. Manuali recently took over day-to-day operations and oversight.

A new company was formed to replace the Batali & Bastianich Hospitality Group to operate 16 restaurants.