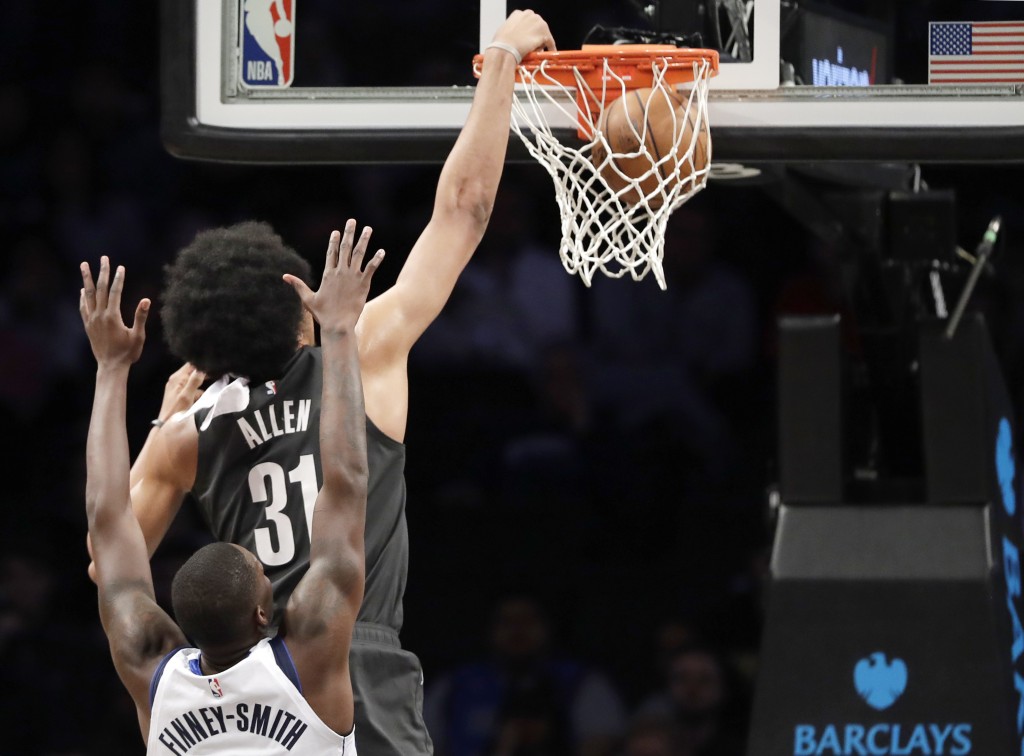 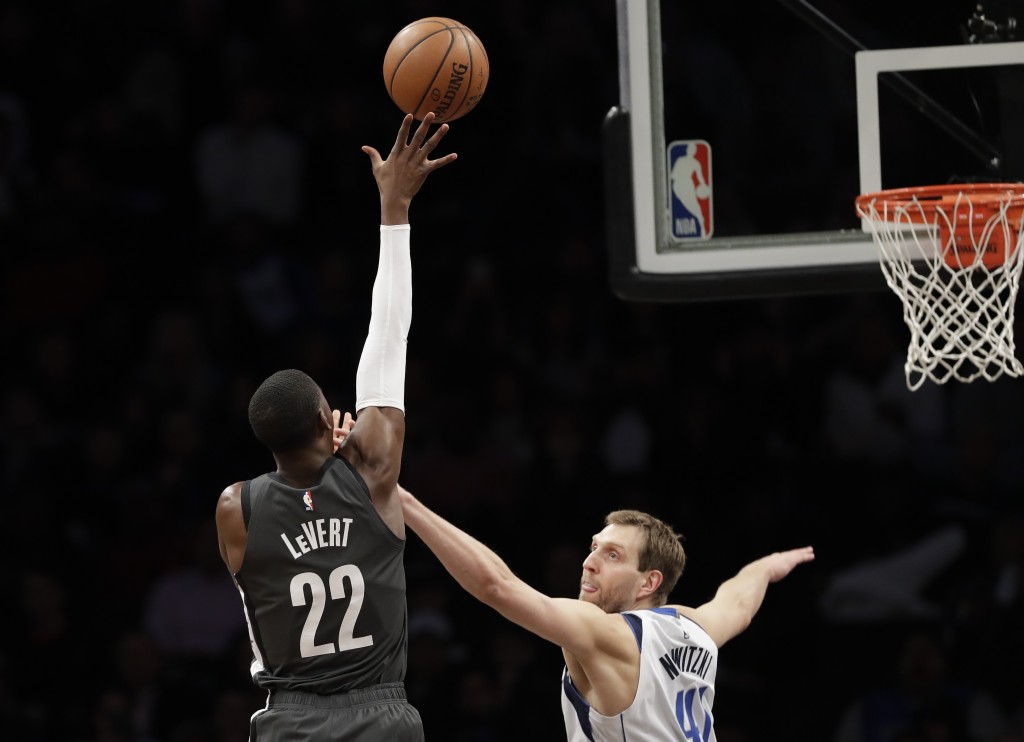 NEW YORK (AP) — DeMarre Carroll scored 22 points, Rodions Kurucs had 19 and the Brooklyn Nets easily snapped a three-game losing streak with a 127-88 victory over the Dallas Mavericks on Monday night.

Caris LeVert added 18 points and Spencer Dinwiddie finished with 16 on a night when the Nets shook up their starting lineup but were fueled by their reserves. The 39-point margin was their most lopsided victory at home — and matched their biggest win overall — since moving to Brooklyn in 2012.

The Nets were routed by teams below them in the standings in their last three games but led nearly the entire way, with the lead ballooning to 44 points. Brooklyn moved back into a tie for sixth place in the Eastern Conference.

Dwight Powell scored 20 points and Luka Doncic had 16 for the Mavericks, who lost for the seventh time in eight games. Dallas did finally get Dirk Nowitzki a couple late baskets after he missed his first nine shots in what could have been his last game in Brooklyn.

It was the highest-scoring quarter of the season for Wade, and it helped the Heat beat the Hawks for the first time in four tries.

Josh Richardson scored 19 points and Justise Winslow added 18 for the Heat, who pulled into a tie with Charlotte for ninth place in the Eastern Conference.

Vince Carter scored 21 points, all on 3-pointers, for the Hawks. Kent Bazemore had 18 and Trae Young finished with 14 points and eight assists.