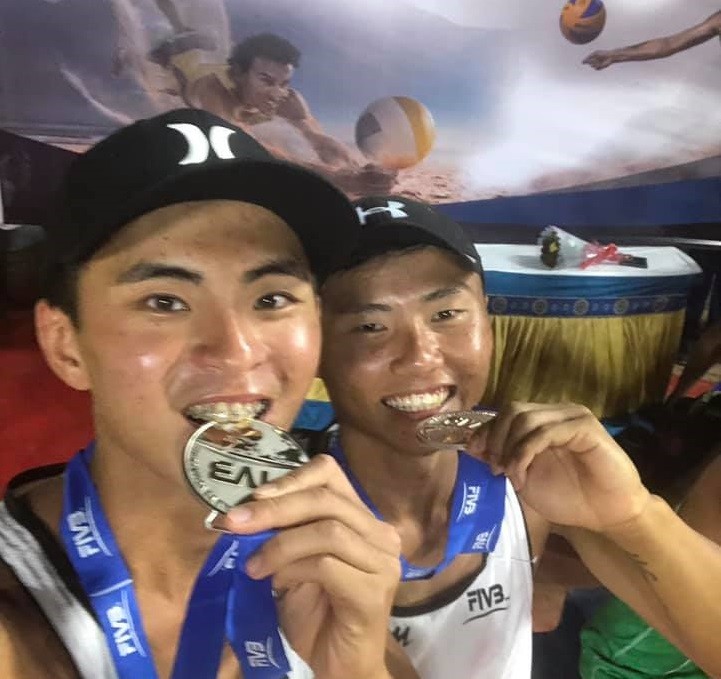 The duo played a total of eight matches in four days, the news outlet reported.

The Taiwanese duo started from qualifying competitions, and only lost one game in the first seven matches to advance into the final, UDN reported.

However, in the final against a German team, Wang was seized with a cramp, forcing the Taiwanese duo to retire. Wang said after the match, “The results have been big for us to remember, and from here, we will be heading to the next tournament, hoping we will work harder in future competitions and capture a gold medal for Taiwan."

Hsieh said that it was incredible for them to finish as runner-up because they started from the qualifying round, adding that he never thought they would be able to get into the final, the news outlet reported. Even though Hsieh was very pleased with the runner-up finish, he felt regretful that they couldn’t finish the game.