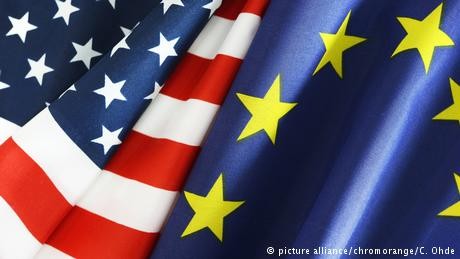 The US ambassador to the European Union announced on Monday that Washington's decision to demote the EU's embassy in Washington, D.C. would be ended "effective immediately."

Gordon Sondland said in a statement that the US Department of State "will again recognize the European Union's representation in Washington as equivalent to that of a bilateral mission in the Diplomatic Corps Order of Precedence."

"The EU is a uniquely important organization, and one of America's most valuable partners in ensuring global security and prosperity," Sondland said.

The downgrading, which was first reported by DW, is believed to have been implemented in late October or early November.

It gave the EU a lower status for occasions such as invitations and seating at events — protocols that can have great significance in diplomatic affairs.

US officials only confirmed the move after an EU official told DW in January that the ambassador had not been invited to certain events late last year.

After discovering the downgrade, EU diplomats in Washington reached out to the US State Department, which is responsible for diplomatic affairs, for clarification.

"They have told us that they forgot to notify us and that this is a decision they have taken because that is apparently what the chief of protocol thinks is the proper thing to do," the official said.

Washington's reversal of that decision comes as Stavros Lambrinidis, the EU's former human rights representative, takes up his post as the bloc's ambassador to the US.