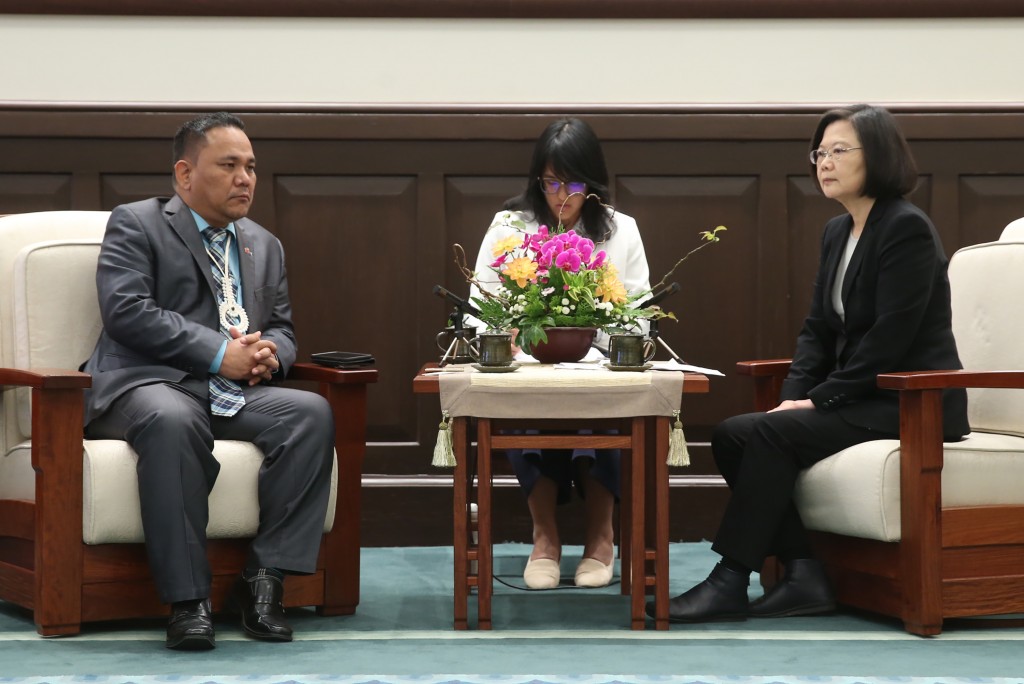 TAIPEI (Taiwan News) — President Tsai Ing-wen (蔡英文) during a reception with a foreign delegation restated Taiwan’s protest against its exclusion from a World Health Organization meeting in February.

Tsai hosted a contingent led by parliamentary speaker of the Marshall Islands Kenneth Kedi at the Presidential Office on Monday. During the meet, the president said that epidemic prevention should not be impeded by national boundaries, and reiterated the government’s “strong protest” against Taiwan’s exclusion from last month’s WHO flu vaccine meeting in Beijing.

Taiwan’s Ministry of Health and Welfare eventually received an invitation at 1 a.m. on Feb. 21—the morning of the conference—but was unable to make the required preparations in time to attend. The incident marked the first time Taiwan has been excluded from WHO's biannual consultation on the Composition of Influenza Virus Vaccines since 2014.

Tsai said Monday during the reception that Taiwan’s exclusion not only seriously violates the right to health protection of its own citizens, but could also create a hole in the global epidemic prevention net. Inhibiting Taiwan’s attendance threatens the entire international community’s epidemic response capabilities, she added.

The president said Taiwan is responsible for the health of the international community, and will continue to fight for its right to attend such events and guarantee to uphold this commitment.

Taiwan's Ministry of Foreign Affairs has asked Geneva representatives to launch a protest with the WHO secretariat office.

Marshall Islands has long been a champion of Taiwan’s participation in the international fora, and Tsai thanked the diplomatic representatives for this—noting that last year marked 20 years of official relations between the two countries.

She said she hopes the country continues to support Taiwan. The president recounted the long road both countries have walked towards democracy, and reiterated that both uphold the common values of freedom and human rights.