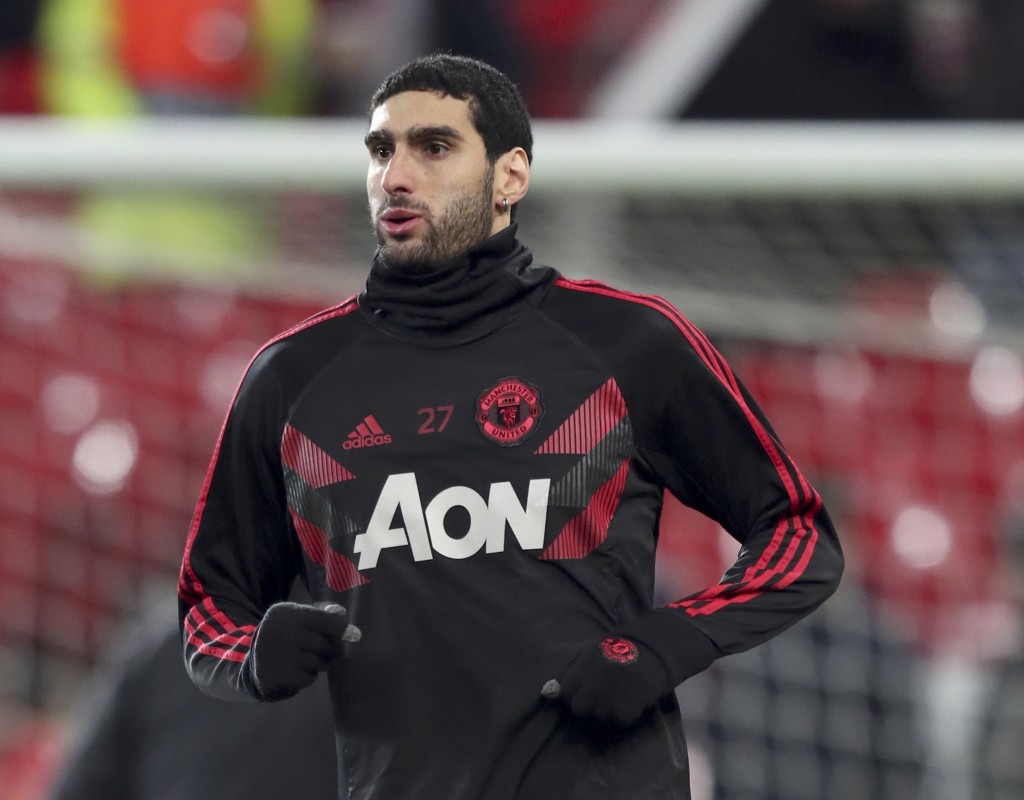 Fellaini left the Premier League club in January after more than five years at Old Trafford to join Shandong Luneng for a reported fee of around $14 million.

While the trademark bushy hairstyle has gone, Fellaini showed on his debut on Friday that his nose for goal remains. The 31-year-old midfielder's close-range strike gave Shandong a 1-0 win over Beijing Renhe on the opening day of the Chinese Super League season and he now heads to South Korea to face Gyeongnam FC on Tuesday for the start of the group stage.

"It was tough because I was here for just one month and my fitness was not 100 percent," Fellaini said after the game. "The Chinese league is difficult, it's new for me so I have to improve and know the game. It's physical, a lot of challenges."

The main Chinese challenge in the continental competition may come from Shanghai SIPG, crowned league champion for the first time in November. Semifinalist in 2017 and with former Brazilian internationals Hulk and Oscar, Shanghai kicked off the Chinese season with a 4-0 win over local rival Shanghai Shenhua. The club's Asian campaign starts at home to Japanese champion Kawasaki Frontale.

Australian clubs have underachieved in Asia since Western Sydney Wanderers won the title in 2014. This year's representatives Melbourne Victory and Sydney FC have just one knockout appearance each.

Victory coach Kevin Muscat is insistent that competing on domestic and international fronts is not a problem.

"I'm in the mindset of being in the ACL, having cup runs and being in a position where you're competing for honors is not a burden," Muscat said. "It's exciting and something different for our players, particularly the younger boys, for whom the experience will be one to relish and learn from."

Defending champion Kashima Antlers of Japan kicks off its defence at home to Johor Darul Ta'zim, the first Malaysian team to appear in the top competition.

The 32 teams in the group stage are divided into two geographic zones, west and east, until the final to reduce travel times.

Al Sadd, the last team from the western zone to win the title in 2011, is expected to have a good shot at the title.

Qatar's soccer scene is still basking in the success of winning the Asian Cup in January. A number of national team stars, including Akram Afif and Abdelkarim Hassan, will line up for Al Sadd alongside former Barcelona legend Xavi.