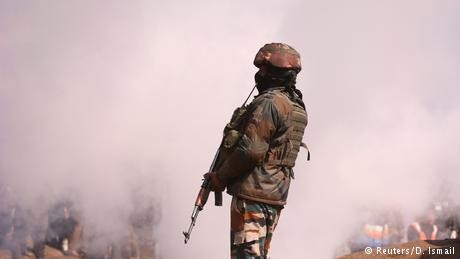 At least four civilians were killed and 11 injured on Saturday as Indian and Pakistani soldiers traded fire in the disputed Kashmir frontier region. The resumed fighting violated a temporary ceasefire put in place after a week of escalating unease at the border.

Three of the dead included a 24-year-old woman and her two young children in India-administered Kashmir. Their father was also critically injured.

On the Pakistani side, officials said a boy died after heavy firing from Indian troops late on Friday night.

Despite the truce violations, the two neighbors appeared to step back from the brink on Saturday after Islamabad returned a captured Indian pilot.

Wing Commander Abhinandan Varthamancrossed the border back into India on Friday night in a high-profile handover that was broadcast live on television.

The Pakistani government called it "a goodwill gesture aimed at de-escalating rising tensions with India" after weeks of tension led to both countries launching bombing missions against the other, prompting fears the violence could boil over into all-out war.

Pakistan's military said its air force and navy "continue to be alert and vigilant," but that it would respect the ceasefire.

Kashmir has already been the site of two wars between India and Pakistan. The latest clashes came after a February 14 suicide attack that killed 40 members of India's security forces. New Delhi has accused Islamabad of harboring the Jaish-e Mohammad terror group that claimed responsibility for the attack.