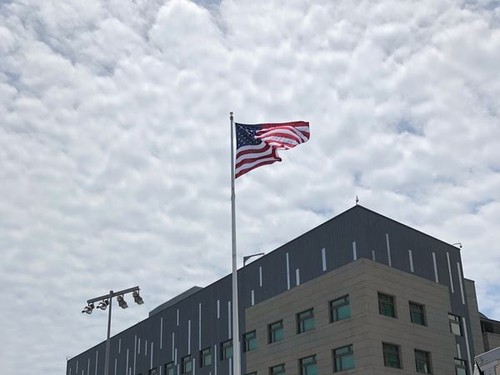 TAIPEI (Taiwan News) - The American Institute in Taiwan (AIT) will mark the 40th anniversary of the Taiwan Relations Act with a reception at its Taipei offices on April 15, but a list of the prominent guests has not been announced yet.

United States officials and members of Congress would be present at the new buildings in the capital’s Neihu District, but no further details were currently available, the Central News Agency revealed Saturday.

After President Jimmy Carter switched recognition to Beijing, Congress passed the Taiwan Relations Act, which he signed on April 10, 1979. The measure, laying a new foundation for further relations in the absence of official diplomatic ties, was retroactive until January 1, 1979.

AIT, which itself was a product of that act, explained that it was holding the reception on April 15 as a recess in Congressional activities would have started by then, allowing more prominent U.S. politicians to head for Taiwan.

Earlier in the day, AIT Brent Christensen would address a seminar on the topic of Taiwan-U.S. relations, with another similar activity planned for the following day and co-sponsored by the Ministry of Foreign Affairs, CNA reported.

AIT staff would move from its previous offices on Taipei City’s Xinyi Road into the Neihu site, which was dedicated last June, later this year, according to officials.